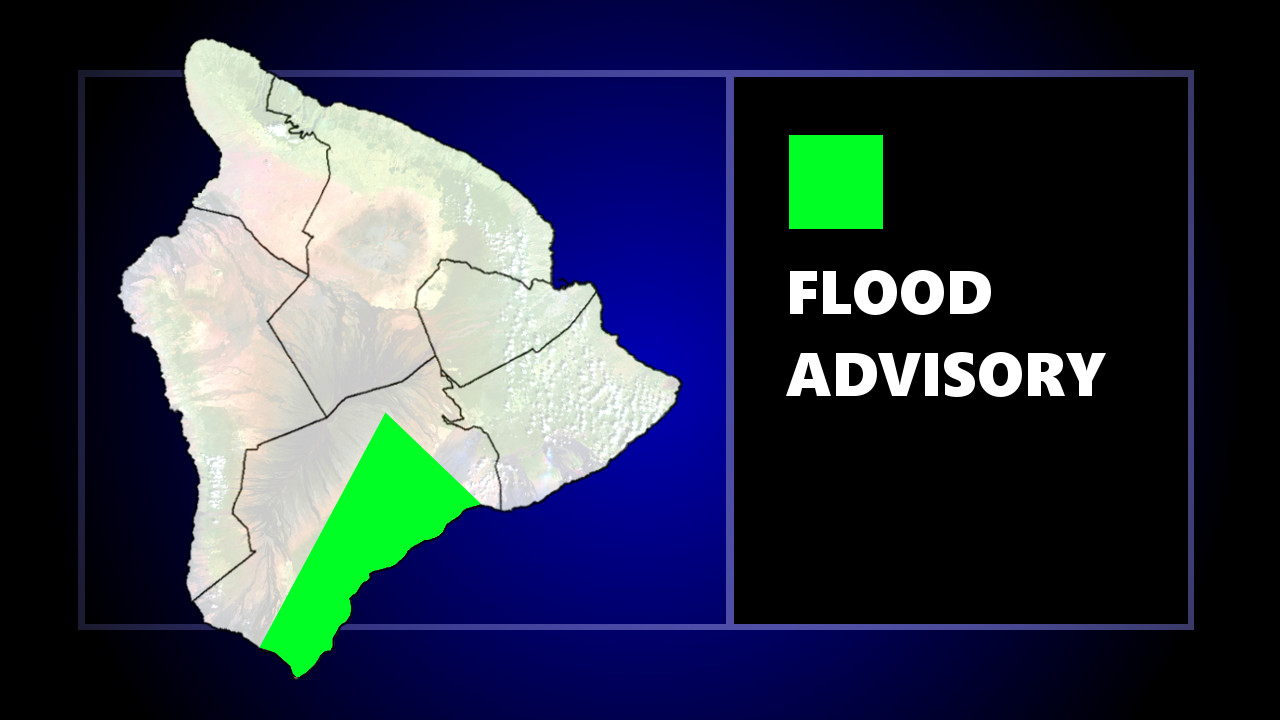 HAWAIʻI ISLAND - A Flood Advisory was issued on Saturday evening for an area of Kaʻu, including Hawaiʻi Volcanoes National Park and Pāhala.