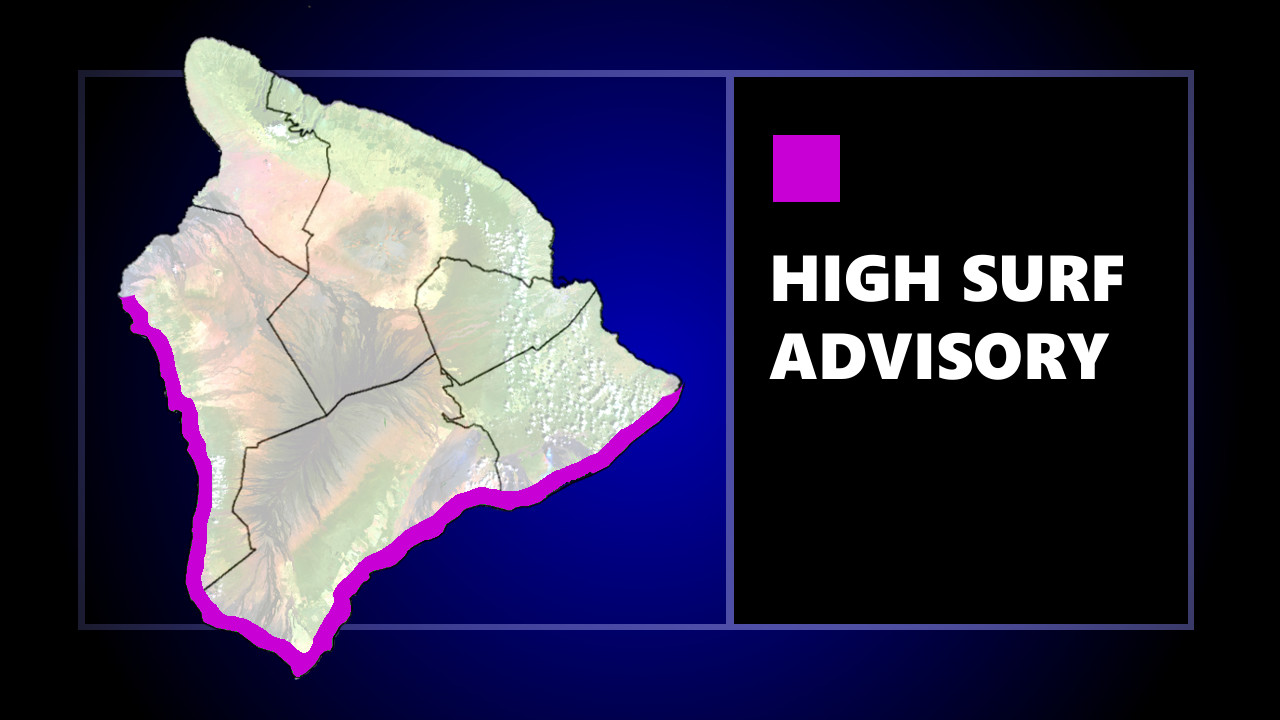 The National Weather Service has issued a High Surf Advisory for south facing shores of Hawaii Island from Keahole Point in North Kona south through Ka`u to Cape Kumukahi in Puna through Tuesday.

A High Surf Advisory means surf will be higher than normal, shore break, and dangerous currents can make swimming difficult and dangerous.

Due to the High Surf Advisory, the following are issued:

• Beach-goers, swimmers, and surfers should exercise caution and heed all advice given by Ocean Safety Officials.

• Beaches may be closed without notice.