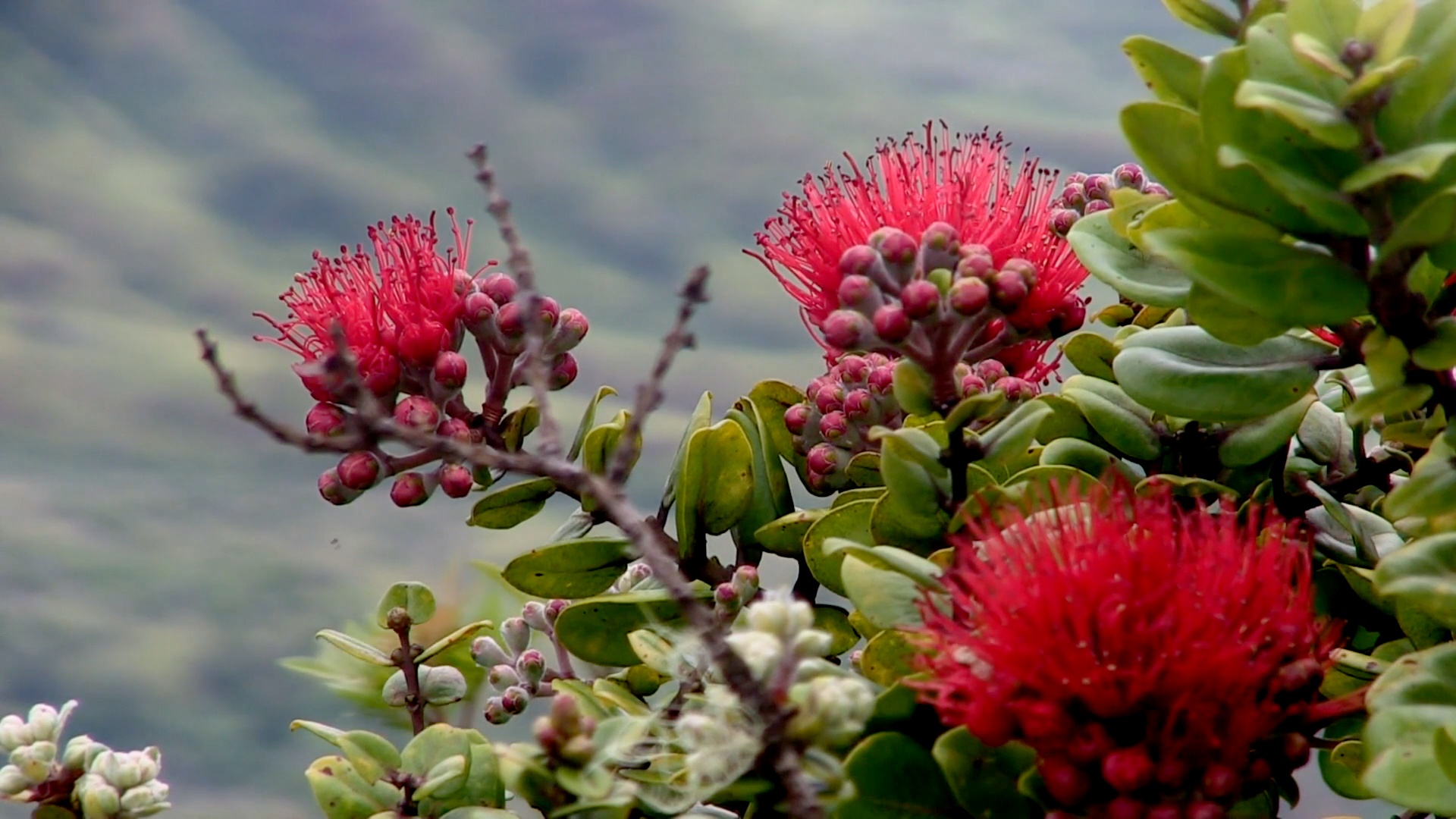 Image of ʻōhiʻa from video by Hawaiʻi DLNR

WASHINGTON D.C. - Senator Mazie Hirono today introdued the Continued Rapid Ohia Death Response Act of 2022, authorizing $55 million in federal funding over the next 11 years to help save the native trees. Image of ʻōhiʻa from video by Hawaiʻi DLNR

From the office of Sen. Hirono:

“Ohia trees are Hawaii’s most abundant native tree, making up nearly eighty percent of our native forests,” said Senator Hirono. “But over the last decade, Rapid Ohia Death has decimated Hawaii’s Ohia population, presenting an existential threat to our environment and the species’ future. As a key component of our watersheds, Ohia play an important role in protecting our native ecosystems and preventing erosion and flooding. Federal agencies have played an important role in helping support Hawaii’s research, education, and land management efforts to combat Rapid Ohia Death and the Continued Rapid Ohia Death Response Act of 2022 will help ensure that strong partnership continues. I’ll keep fighting for the federal funding and support necessary to prevent further Ohia death and preserve Hawaii’s biodiversity for generations to come.”

ROD is a fungus, Ceratocystis, that was first found in Hawaii in 2014 and has since killed over a million native Ohia trees. Over the past eight years ROD has been detected on Hawaii Island, Kauai, Maui, and Oahu. In that time, the USFS has partnered with the State of Hawaii and the U.S. Department of the Interior in efforts to detect and respond to the spread of ROD. Specifically, the Continued Rapid Ohia Death Response Act of 2022 would support these ongoing efforts by:

1.) Directing the Secretary of the Interior, acting through the U.S. Geological Survey, to continue providing resources for the purposes of researching ROD vectors and transmission;

2.) Requiring the Secretary of the Interior, acting through the U.S. Fish and Wildlife Service, to work with the State of Hawaii and other local stakeholders on ungulate management in control areas on federal, state, and private land;

3.) Requiring the Secretary of Agriculture, acting through the Chief of the U.S. Forest Service, to continue providing resources to prevent the spread of ROD and restore the native forests in Hawaii, and to also continue to provide financial and staff resources to the Institute of Pacific Islands Forestry (IPIF), located in Hilo, to continue research on ROD; and

4.) Authorizing $50 million in appropriations over the next ten years for both the Secretaries of Agriculture and Interior to carry out these actions.

Suzanne Case, the Chair of the Hawaii Dept. of Land and Natural Resources said, “ʻŌhiʻa Lehua is the most important native tree in Hawai’i for protection of our life-giving forest watersheds. Funding for research to find a treatment for this fungal infection is of critical importance. Nothing is more important than protecting our ʻŌhiʻa forests for future generations, by securing our islands’ only source of clean drinking water and preventing the extinction of Hawaii’s unique species of plants and animals.”