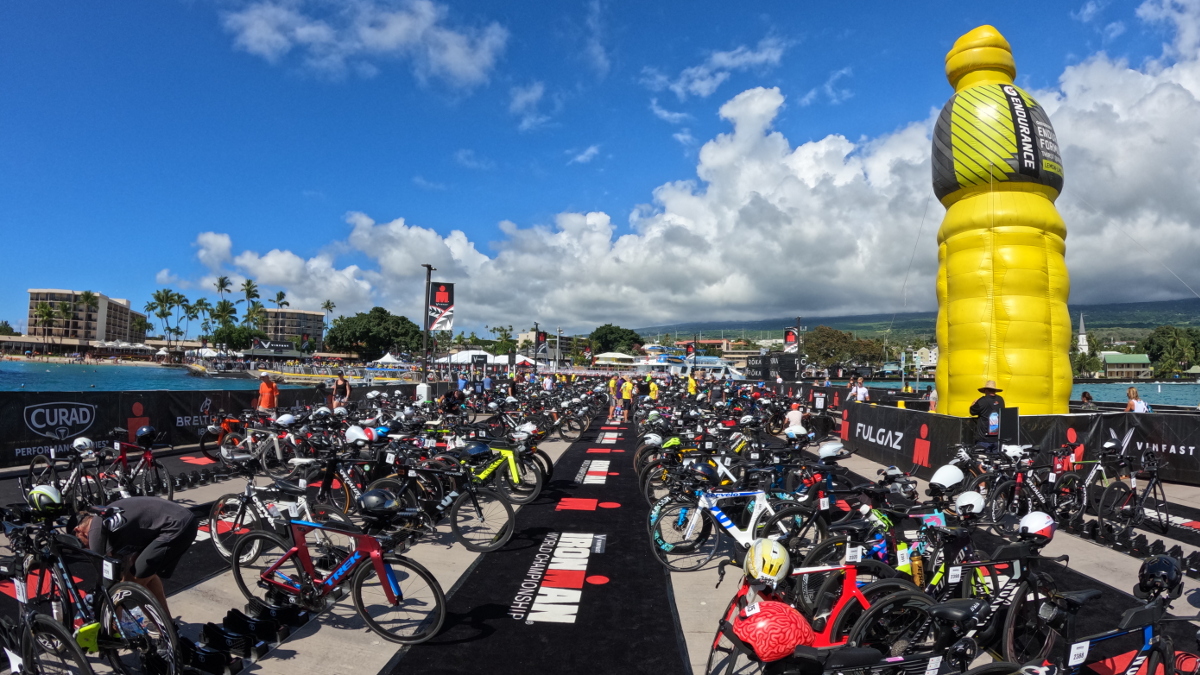 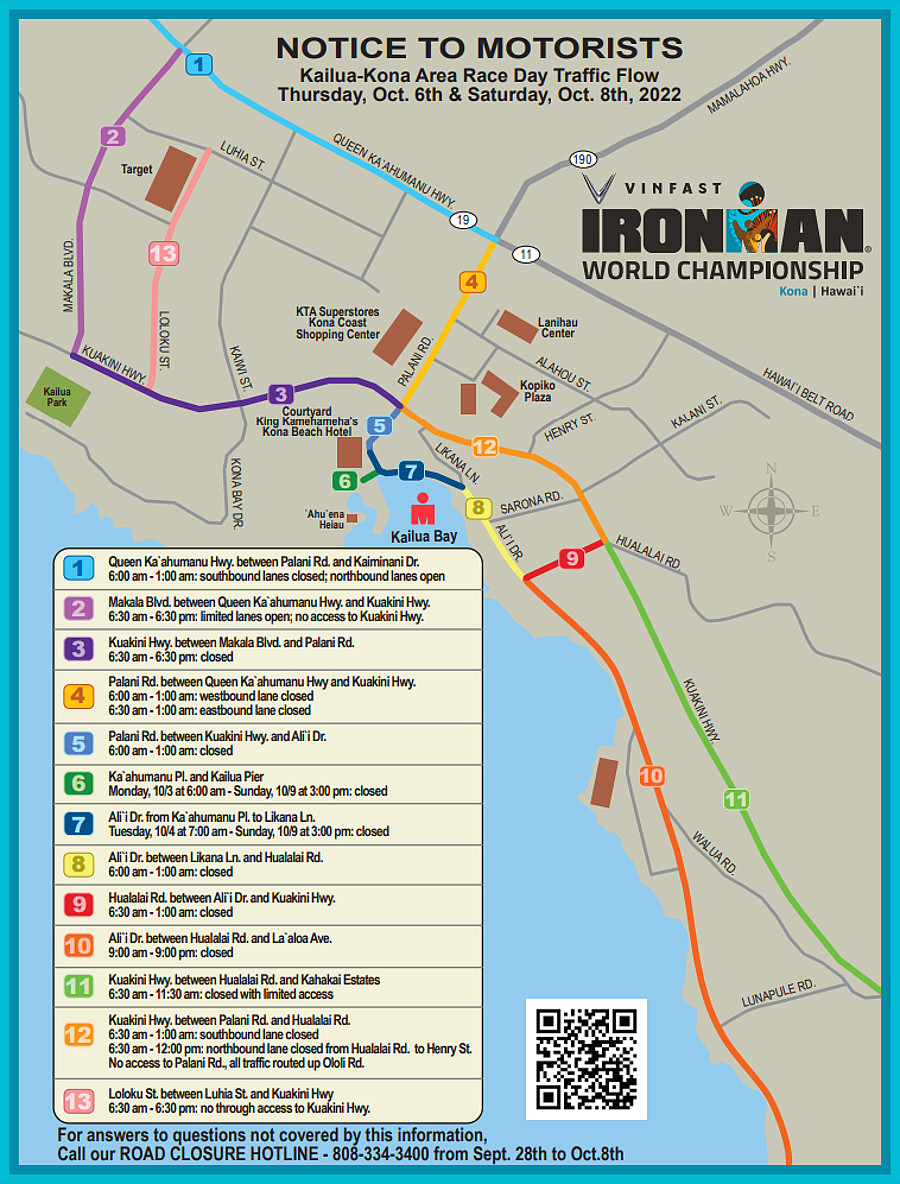 From the IRONMAN media team:

“For two years, the elements in Kona have been holding their breath, waiting for this moment to arrive,” Kahu Kealoha Sugiyama told the crowd at the E Komo Mai Banquet last night. “The elements can finally breathe a sigh of relief and say, ‘It is here! You are loved, you are welcomed, you are embraced, and you are home.’”

Athletes, too, are relieved and ecstatic to be back on the Big Island of Hawaiʻi for the first time since 2019. As the sun set on a beautiful day, they were warmly welcomed at the banquet in celebration of the approximately 5,000 athletes from around the world competing in the endurance event that will take place on two separate days for the first time in the history of the event.

Following welcome speakers and mesmerizing fire dancers, the IRONMAN ʻOhana honored the Voice of IRONMAN, Mike Reilly, with a highlight reel of his career – including how the phrase “You are an IRONMAN” came about. After this weekend, Reilly will have announced 210 IRONMAN races and 33 IRONMAN World Championship events, cheering nearly half a million athletes over the finish line. Reilly announced in September that he will retire at the end of this season.

This year’s race theme – Kū Like – means to stand together in Hawaiian, appropriate for the first race after a challenging few years across the world. “We are stronger when we stand together,” Kahu Kealoha Sugiyama said. 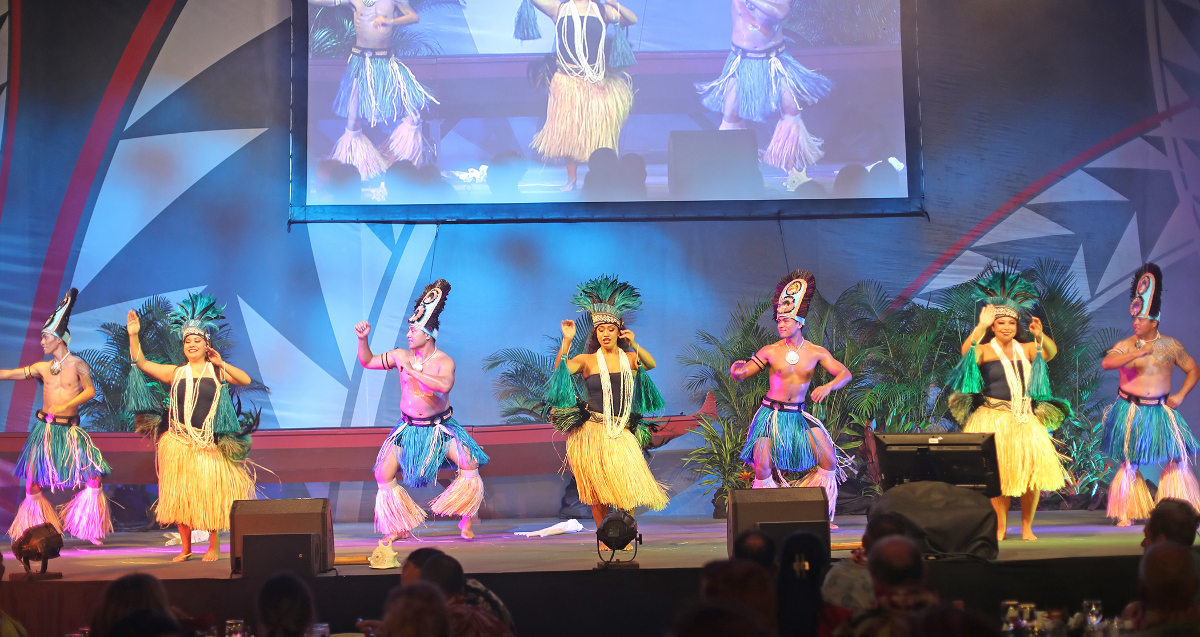 Under sunny skies, the Thursday athletes put the finishing touches on their race day prep with bike and gear check-in at Kailua Pier. With Kailua Bay’s sparkling turquoise waters as the backdrop, athletes walked the red carpet along Ali’i Drive, where industry folks tally everything from bike brands to power meter models, before making their way to rack their bikes on Kailua Pier.

“They really make you feel like a celebrity [at bike check-in],” said Caitlin Alexander of Colorado. She’s always dreamed of racing the IRONMAN World Championship so said she was a little emotional as she racked her bike on the Kailua Pier.

Rochelle Youngson of New Zealand didn’t think she’d race the IRONMAN World Championship a second time – her first was in 2016 as a legacy athlete – but she qualified and got a second shot. “It’s a super special moment in your life to be here,” she said. She added that she’s excited about the two-day format and can’t wait to watch and volunteer for the men’s race on Saturday.

Pros also attended bike check-in and along the way to rack their bikes, stopped to offer words of wisdom for race day. “My best advice is to be humble,” said Lisa Nordin of Sweden, adding to find your reason “why” because it’ll be asked of you many times throughout the race.

“Everyone has eyes on the ladies,” said three-time second place finisher Lucy Charles-Barclay (GBR). “It’s incredible that we get our own day.” 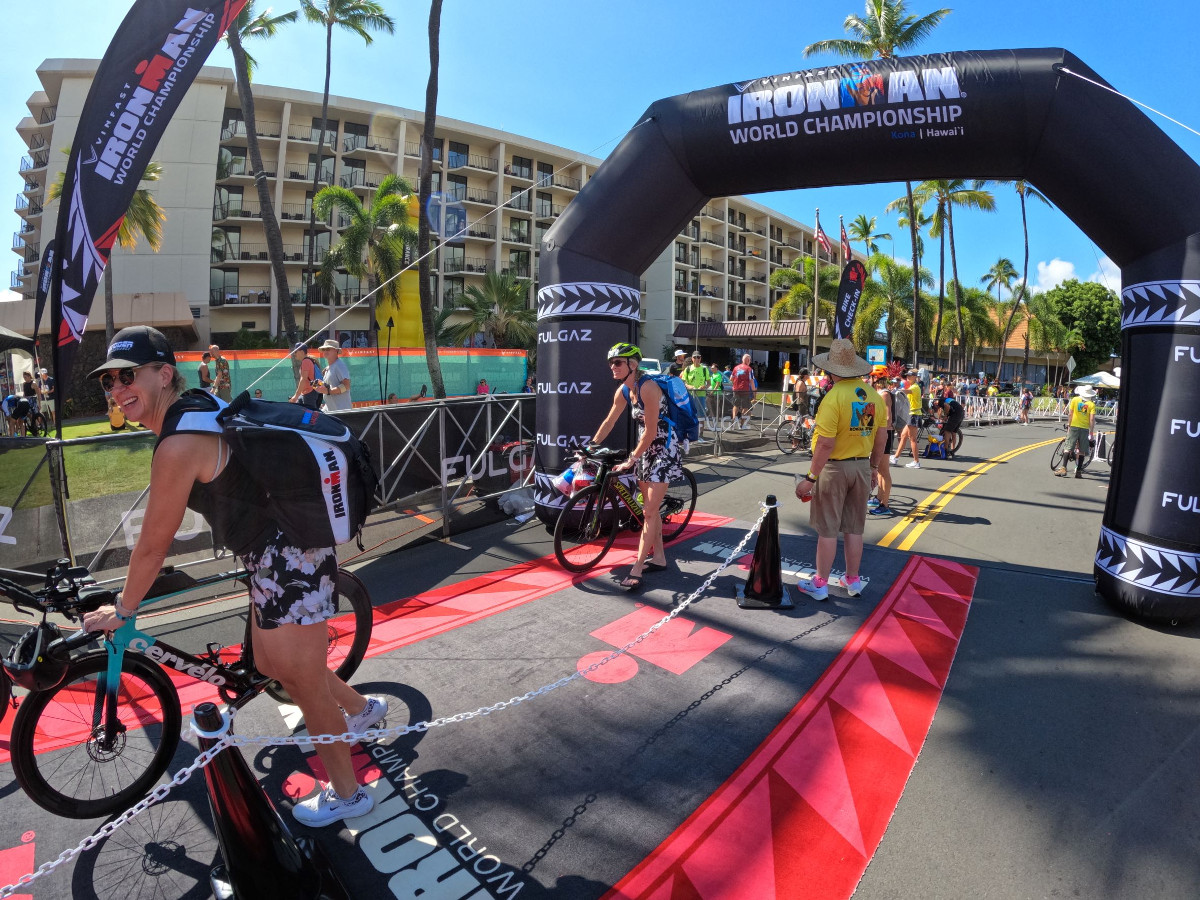 For the first time in the event’s 40-plus year history, the 2022 VinFast IRONMAN® World Championship race will take place as a two-day event. Live race coverage of both race days will be aired on IRONMAN Now as well as nearly 10 hours of in-depth coverage on Peacock, NBC Universal’s streaming service, this coming Thursday, October 6 and Saturday, October 8.

Watch an exclusive, enhanced version of the race broadcast featuring multiple camera feeds including the leader, the chase group, reporter cam as well as in transition 1 and 2. Plus live chat through the races and an alternate language commentary only at IRONMANNow.com. IRONMAN Now race day coverage will begin at 4:30 a.m. HST with the athlete body markings, and live coverage will also commence on Peacock at 6 a.m. HST (12:00 p.m. ET), ahead of the 06:25 a.m. professional start time.

With hosts Michael Lovato and Dede Griesbauer calling the action on both days, analysts Greg Welch and Matt Lieto reporting from the racecourse on both days, and special oncourse guest, past IRONMAN World Champion, Mirinda Carfrae, joining the Thursday broadcast, IRONMAN Now’s wire-to-wire coverage brings audiences deep inside the world’s most iconic triathlon event. The coverage will also include additional guest appearances and interviews with legends of the sport, such as three-time IRONMAN World Champion, Jan Frodeno.

Tune in live on IRONMAN Now for the final finishers each night as the Voice of IRONMAN, Mike Reilly calls his final IRONMAN World Championship event.

Key moments from the extensive live coverage will include*:

With two helicopters and two drones providing aerial coverage during the race, as well as Megalodon cameras at the swim start, transition areas, and finish line, this year’s VinFast IRONMAN World Championship live coverage will give viewers a front row seat to everything from the early morning body marking, the female and male professionals traversing the stunning island of Kailua-Kona to the final hour finish-line celebration. Viewers will watch triathlon’s top professional athletes battle it out for a piece of the $750,000 USD total professional prize purse and the title of IRONMAN World Champion.

Among the professional triathletes getting ready to take to the start line will be defending champion and five-time IRONMAN World Champion, Daniela Ryf (CHE), and will be challenged by Anne Haug (DEU), who was crowned champion the last time the event was hosted in Kailua-Kona, Hawaiʻi. Making her return to racing, Lucy Charles-Barclay (GBR), who earned her first world championship title at the 2021 Intermountain Healthcare IRONMAN 70.3 World Championship presented by Utah Sports Commission in St. George, Utah, will be one to watch as she returns to the full-distance IRONMAN stage following a pause in racing due to injury. Also vying for the title is Sarah Crowley (AUS) who is coming off her win at the 2022 National Storage IRONMAN Australia race and a third-place podium finish at the 2019 IRONMAN World Championship.

Kailua-Kona, located on the west coast of the Island of Hawai`i, offers the perfect year-round climate and is an ideal location for this iconic, endurance sporting event. Over 5,000 athletes will tackle the ROKA 2.4-mile ocean swim in Kailua Bay, followed by the FulGaz 112-mile bicycle ride along the Queen Kaʻahumanu Highway from Kailua-Kona to the turnaround in Hawi, and cap their day with a 26.2-mile HOKA run beginning on Aliʻi Drive, up Palani Road to the Queen Kaʻahumanu Highway, before making their way to the infamous Natural Energy Laboratory of Hawai`i Authority. Athletes will complete their journey to the roar of thousands of spectators as they cross the historic Aliʻi Drive finish line.