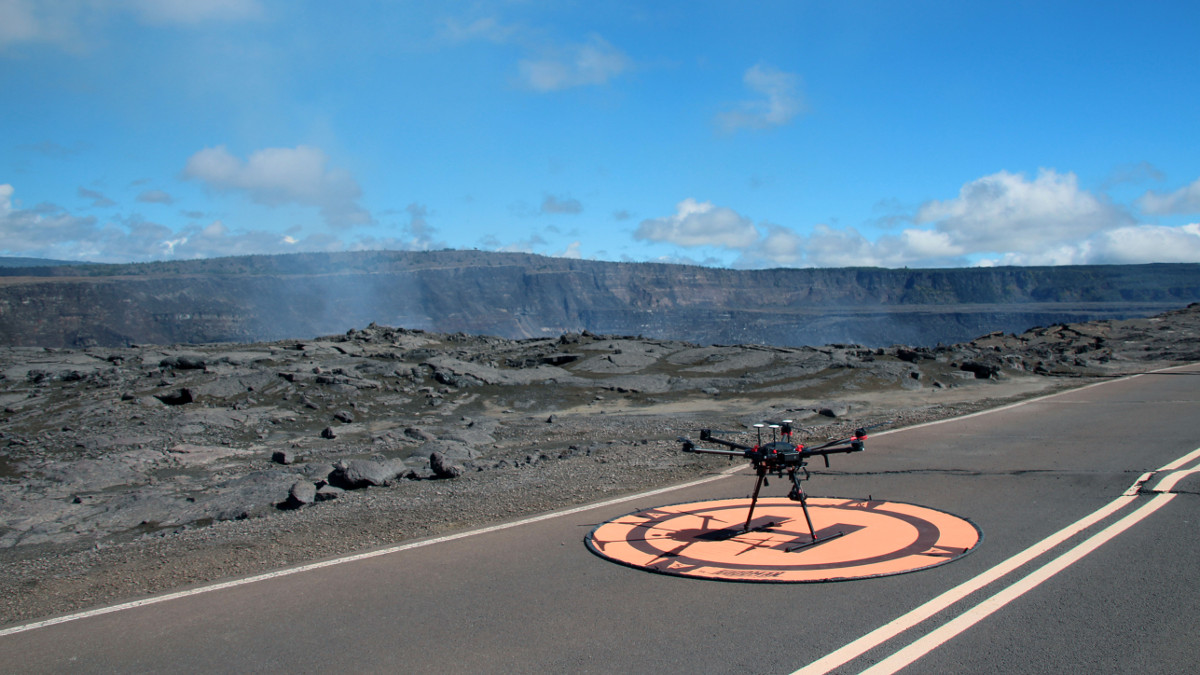 HAWAIʻI VOLCANOES NATIONAL PARK - A new maps depicting the ongoign eruption at the summit of Kilauea have been published by the USGS, using data gathered by UAS flights. 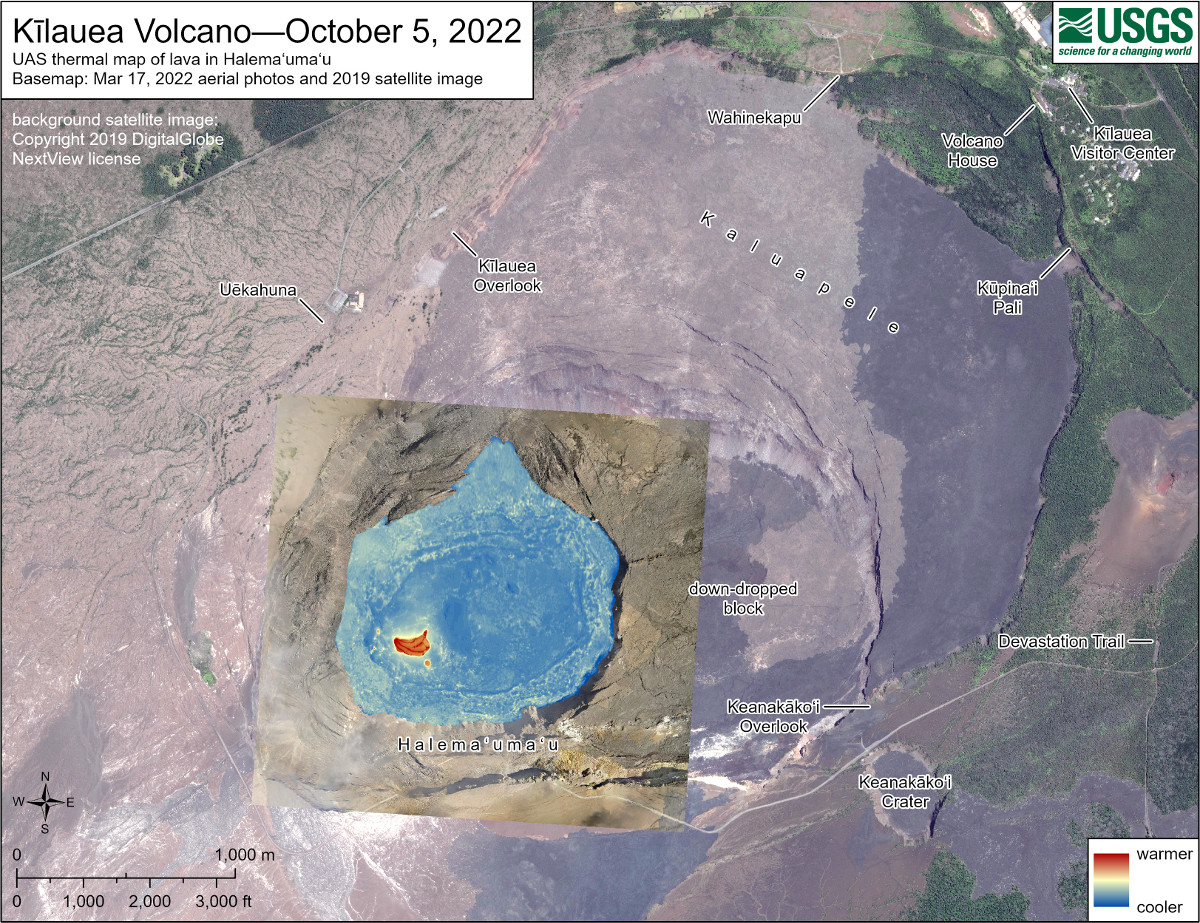 (BIVN) – The eruption continues at the summit of Kīlauea, with all activity confined to Halemaʻumaʻu crater inside Hawaiʻi Volcanoes National Park. Scientists say no significant changes have been observed at the summit or in either rift zone, and the current Volcano Alert Level remains at WATCH.

Scientists say they compare the detailed topographic maps constructed from routine overflights to monitor the effusion rate of lava into the summit crater. In the past, these overflights have been done using helicopters. 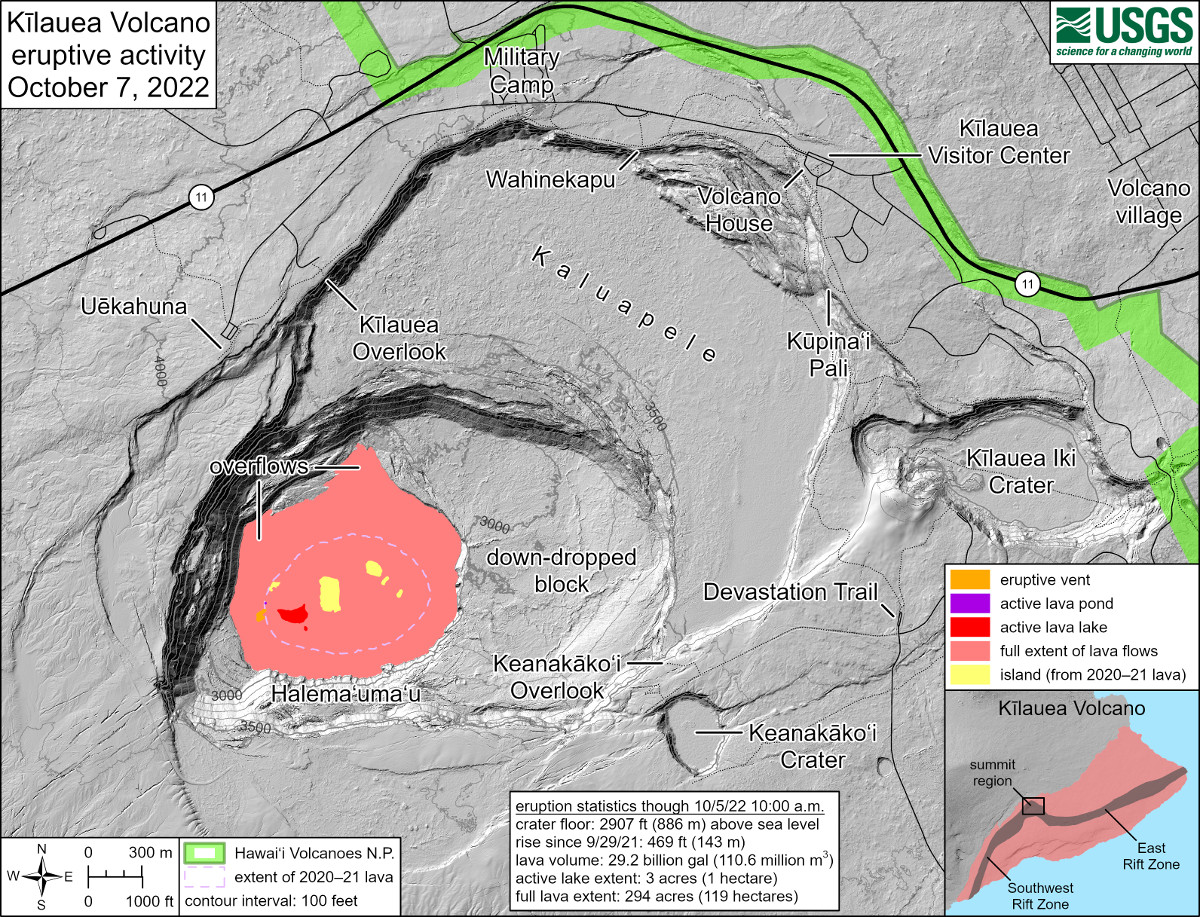 USGS reference map depicting the ongoing Kīlauea summit eruption on October 7, 2022. “One eruptive vent (orange) is active within Halema‘uma‘u, on the western side of the crater floor. An adjacent pond (purple) is feeding lava to a larger lake (red) via a crusted-over tube,” USGS says.

Scientists note that between September 12 and October 5, 2022, “there was a net decrease in the volume within Halema‘uma‘u, likely due to the lake draining and a nearby intrusion on September 20, 2022.”

The USGS says the crater floor has seen “a total rise of about 143 meters (469 feet), and that 111 million cubic meters (29.2 billion gallons) of lava had been effused since the beginning of this eruption on September 29, 2021.”