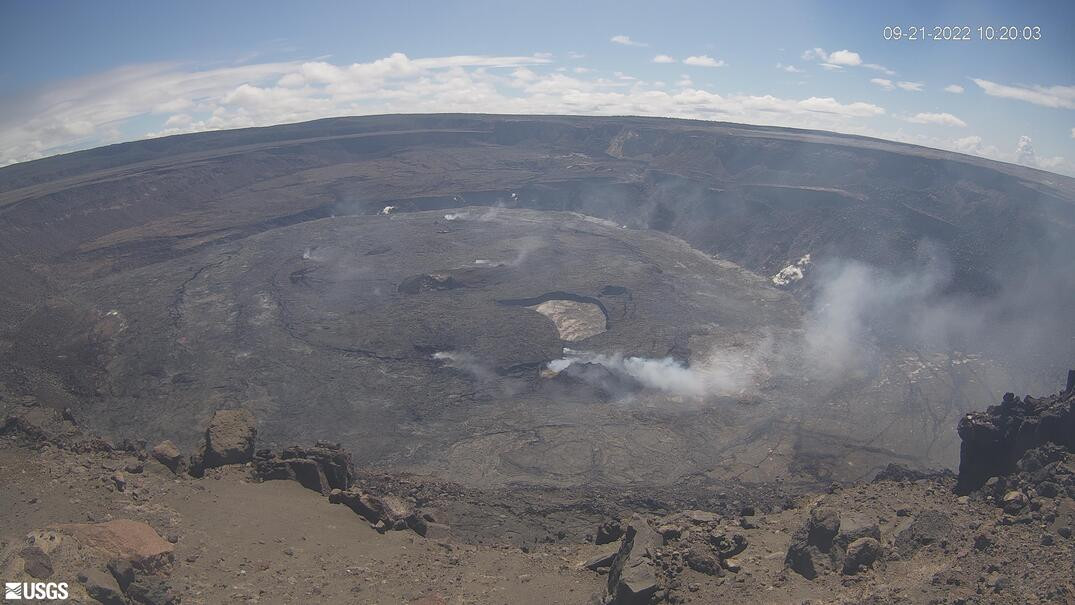 USGS webcam panorama of Halemaʻumaʻu and down-dropped caldera floor from the west rim of the summit caldera, looking east.

HAWAIʻI VOLCANOES NATIONAL PARK - Extensive breakouts have occurred along the western and northern parts of the crater floor withing the last 24 hours, following a brief spike in inflation on Tuesday. 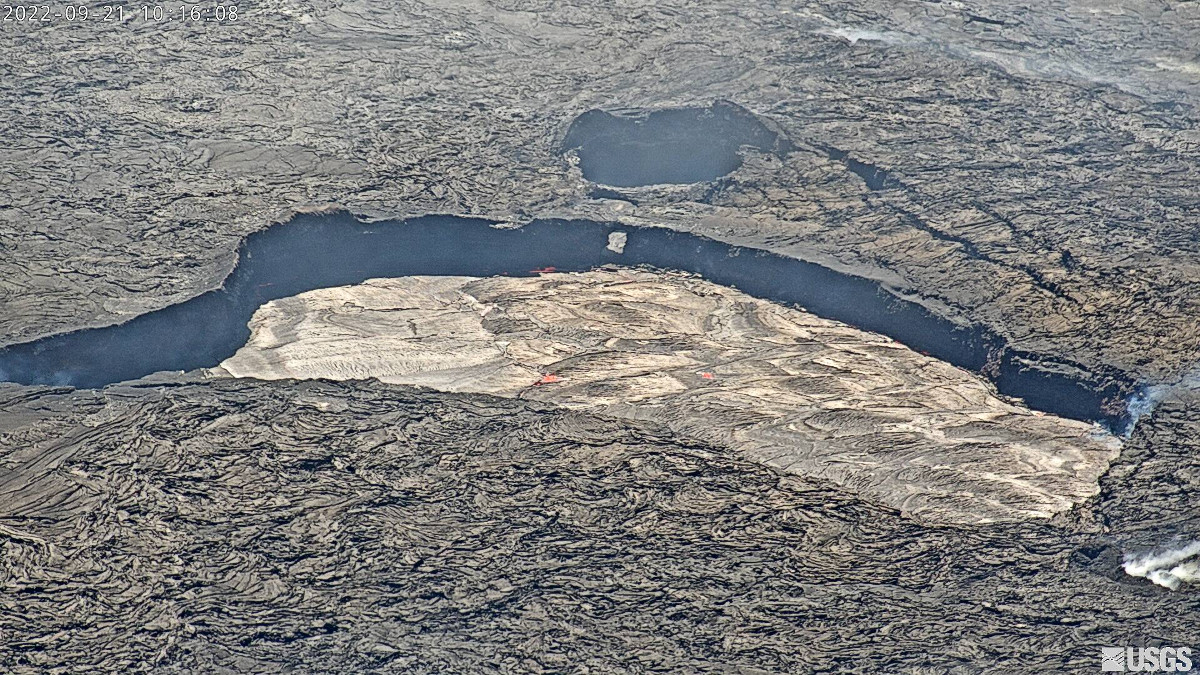 USGS webcam view of the west vent in Halemaʻumaʻu and the lava lake, from the northwest rim of the caldera, looking south

From the USGS Hawaiian Volcano Observatory on Wednesday morning:

Activity Summary: The summit eruption of Kīlauea Volcano, within Halemaʻumaʻu crater, continued over the past 24 hours. Extensive breakouts have occurred along the western and northern parts of the crater floor within this time. These breakouts coincided with a drop in the crater floor and the active part of the lava lake. All activity remains confined to the crater floor of Halemaʻumaʻu with no significant changes in areas outside of the summit.

Summit Observations: Summit tiltmeters recorded a large increase in inflationary tilt of approximately 12 microrads (at UWE) and 1.5 microrads (at SDH) from 3:00 to 4:00 PM, which has remained flat since. This was in association with a summit seismic swarm of more than 80 earthquakes from 3:00 PM to 6:00 PM. Most earthquakes in this swarm occurred approximately 1 mile (1.5 kilometers) beneath Halemaʻumaʻu. The largest recorded earthquake was a magnitude 2.9, with the majority of the earthquakes being less than magnitude 2. Volcanic tremor remains above background levels. A sulfur dioxide (SO2) emission rate of approximately 1055 tonnes per day (t/d) was measured on September 20, 2022.