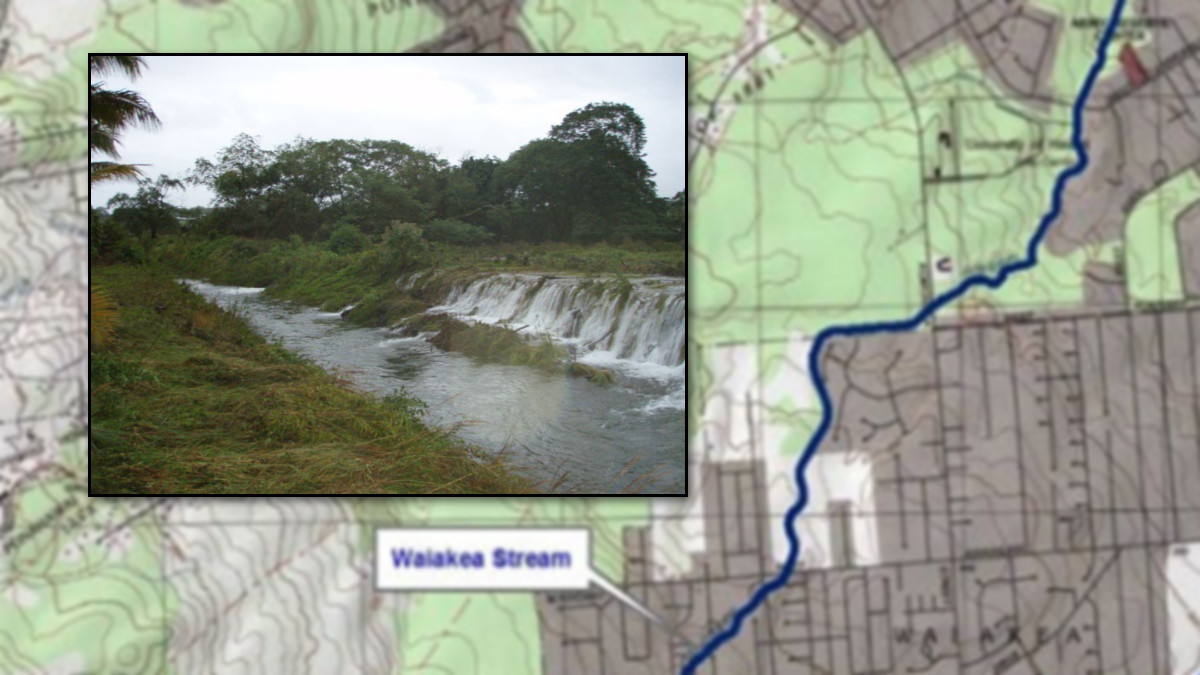 Image created by BIVN using a USACE file photo superimposed over a portion of the USACE project map. Full images below.

HILO, Hawaiʻi - The County of Hawaiʻi and the U.S. Army Corps of Engineers are partnering on the Waiakea-Palai project, set to initiate in 2023. 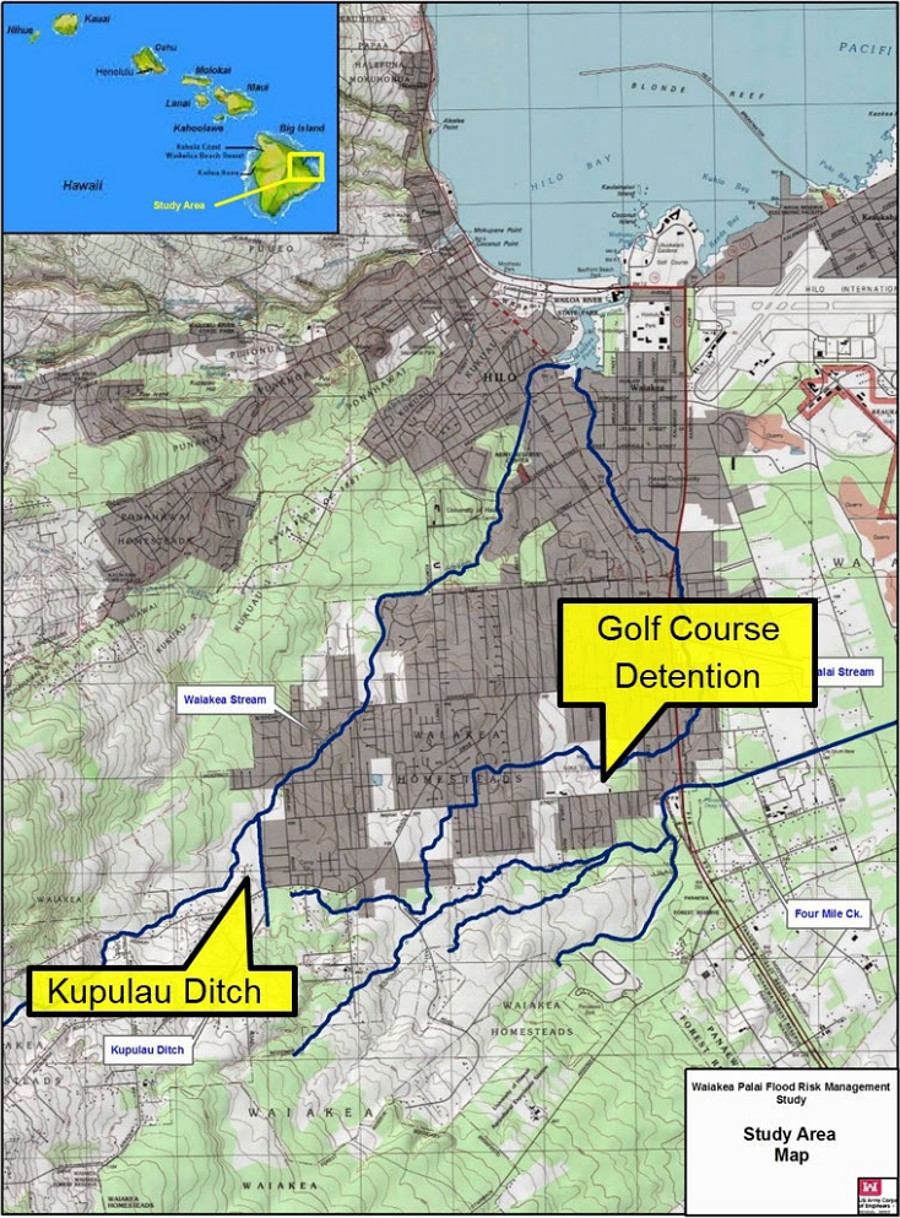 (BIVN) – An effort to control flooding in the Waiakea-area of Hilo is moving forward.

The U.S. Army Corps of Engineers announced it is partnering with the County of Hawaiʻi Department of Public Works for a flood reduction project, targeting Waiakea and Palai streams.

Officials say the Waiakea-Palai project will include “construction of detention basins, a diversion channel, levees, and floodwalls to reduce flood risks to structures, property, and critical infrastructure in the Waiakea Stream watershed and the Palai Stream watershed.”

“The proposed improvements will reduce the risks to life, structure, property, and public infrastructure from periodic flooding in certain locations within the vicinity of Waiakea and Palai Streams,” said Honolulu District Project Manager Michael Neaverth, Jr. in a joint news release.

The study area encompasses the Waiakea Stream watershed and the Palai Stream watershed near the town of Hilo, Hawaii, located on the eastern coast of the island of Hawaii. A severe flood that occurred on Nov. 2, 2000, caused significant damage to several residential areas on the island of Hawaii, including the Waiakea Stream area of Hilo. Homes near Kawailani Street Bridge, Kupulau Road, and several areas in Waiakea Uka were damaged due to flood waters exceeding stream capacities. Another severe flood event occurred on Feb. 2, 2008, when the stream overflowed its banks, and 150 homes were damaged. A state of emergency was declared for Hilo, Puna, and Kau areas on Feb. 3, 2008, when 18 inches of rain fell in the Waiakea Uka area within 24 hours.
This project will address the risks to life, structures, property, and public infrastructure from periodic flooding in certain locations within the vicinity of Waiakea and Palai Streams. The proposed structures will temporarily store floodwaters and effectively route flood waters downstream preventing overflow. 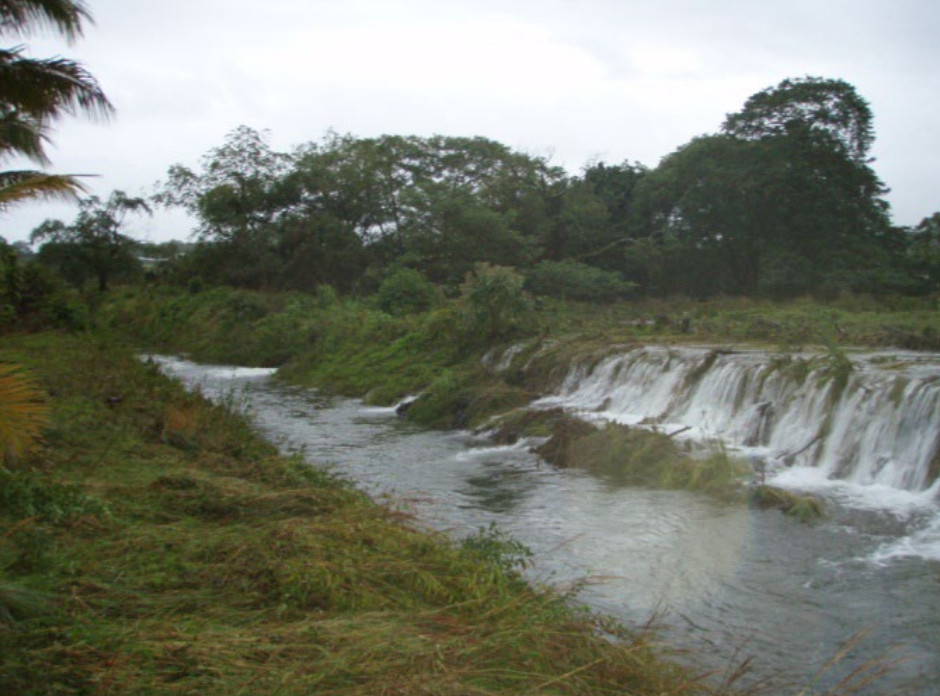 USACE: “Water overflows the Waiakea and Palai streams due to limited capacity to transport flood waters located on the eastern coast of the island of Hawaii. During significant rainfall events the overtopping of these streams results in flooding downstream areas. The Waiakea-Palai flood reduction project will address the risk to life, structures, property, and public infrastructure from significant rainfall and periodic flooding in the locations within the vicinity of the Waiakea and Palai Streams.” (Photo courtesy of U.S. Army Corps of Engineers, Honolulu District)

On September 28, the USACE Pacific Division approved an integrated Feasibility Report, Environmental Assessment and Finding of No Significant Impact for the CAP Section 205 Flood Risk Management project. The project will next move into the Design and Implementation Phase, officials say. A Project Partner Agreement between USACE and the County of Hawaiʻi is anticipated to be in place by Spring/Summer 2023.