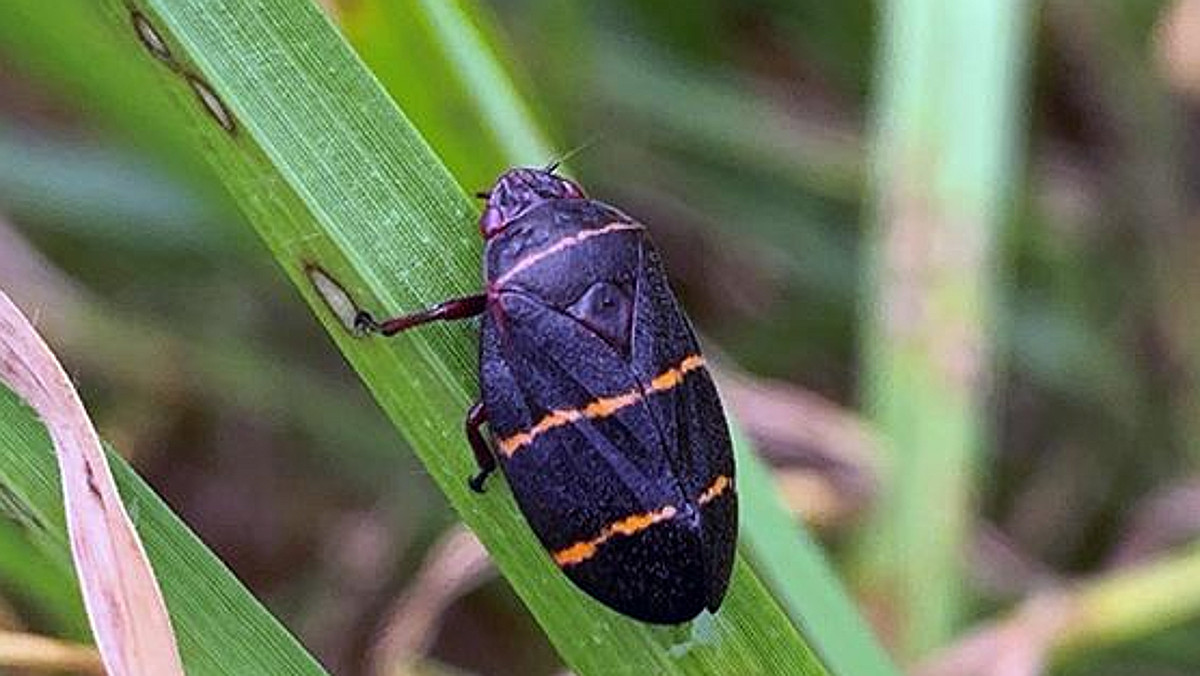 HAWAIʻI - The UH College of Tropical Agriculture and Human Resources has developed an app to help manage the twolined spittlebug that has infested Hawaiʻi island.

(BIVN) – The University of Hawaiʻi has introduced a new tool in the ongoing battle to contain the invasive twolined spittlebug, which has infested more than 176,000 acres of rangeland on Hawaiʻi island.

The UH College of Tropical Agriculture and Human Resources recently developed the “Twolined Spittlebug Tool”, a smartphone app that will help landowners to locate, map and manage the destructive insect outbreaks on their properties.

From the University of Hawaiʻi at Mānoa:

Hawaiʻi’s general public may not know the twolined spittlebug (TLSB), but scientists at the University of Hawaiʻi at Mānoa have been intensely fighting the invasive insect since its discovery in Hawaiʻi in 2016. Within a scant eight generations, TLSB has spread to infest more than 176,000 acres of rangeland on the Big Island. In highly infested areas, the result was nearly 100% die back of key range forages, including kikuyu and pangola grasses. Their loss exposed the land to invasive plants such as pāmakani, wild blackberry and fireweed. Livestock producers faced devastating economic losses.

Within a scant eight generations, TLSB has spread to infest more than 176,000 acres of rangeland on the Big Island.

To combat the problem, the College of Tropical Agriculture and Human Resources (CTAHR) Extension’s twolined spittlebug team has released “Twolined Spittlebug Tool,” a new reporting and decision-support smartphone app for the management of TLSB in Hawaiʻi. The tool allows users to learn about and correctly identify TLSB, giving landowners the ability to locate, map and manage outbreaks on their properties. Users can also assist experts as citizen-scientists by using the app’s reporting tool to geolocate sightings of the pest.

Tracking and documenting the spread of TLSB

“The app has four main features,” explains Mark Thorne, a CTAHR specialist. “First, an information guide that provides an overview of TLSB biology and ecology. Next, it helps users identify TLSB in the field and distinguish it from other, non-pest species. Third, users can report sightings of TLSB. Fourth, it allows users to determine the size of the TLSB population, and then, based on the potential damage threshold calculated, select from a series of integrated pest management decisions.”

The CTAHR team, which includes Specialist Mark Wright, Graduate Assistant Shannon Wilson and Assistant Extension Agent Melelani Oshiro, and Daniel Peck from Vestaron Corporation noted the reports include a geo-referenced picture and basic details about the habitat and geographical location of the pest. The reported data is then captured in a database and displayed on a web-based mapping tool.

“We spent two years drafting content and working with developers to get the app released, and we’re confident it will facilitate tracking and documenting the spread of this pest and lead to better pest management decisions for rangeland managers,” said Thorne.

Go to the Google Play store or Apple store to download the app.