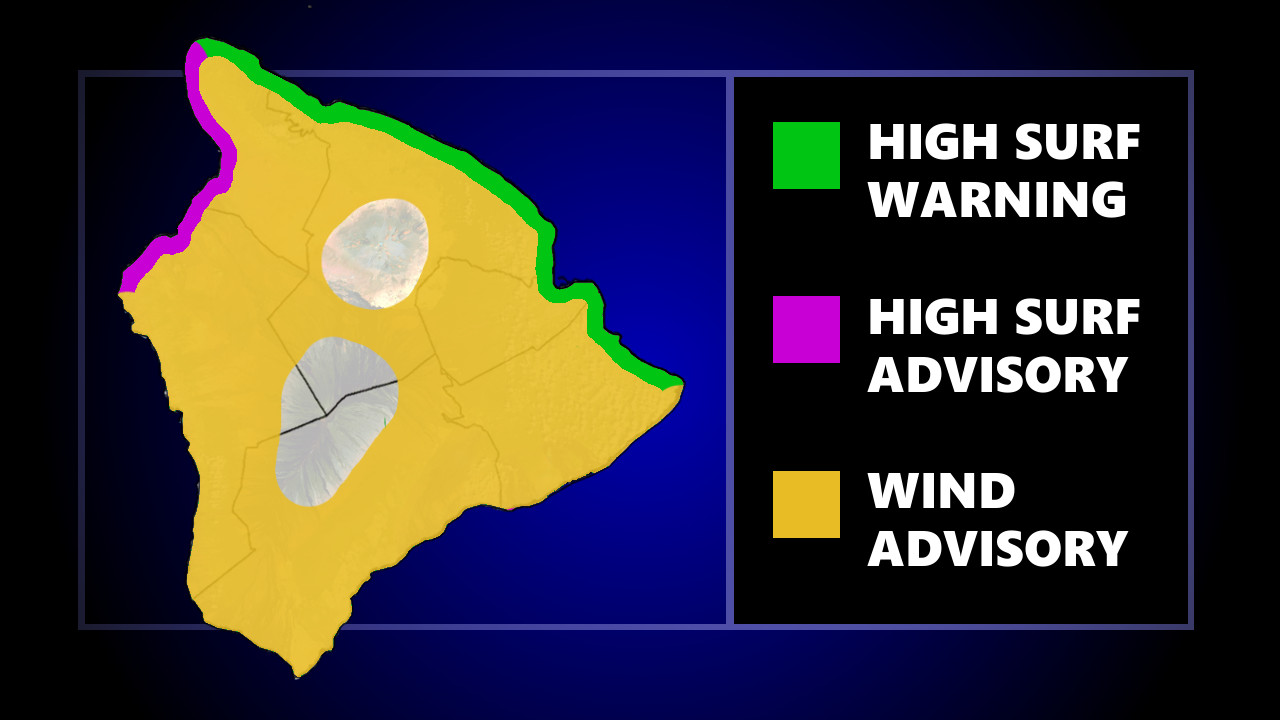 (BIVN) – A High Surf Warning is in effect for north-facing shores of Hawaiʻi island, a High Surf Advisory is in place for some leeward shores, and a Wind Advisory is posted for the entire island below the summit areas.

On Thanksgiving, the National Weather Service upgraded the High Surf Advisory for north-facing shores to a High Surf Warning. The warning was extended until 6 p.m. Friday evening.

“Dangerously large breaking waves of 20 to 30 feet along north-facing shores,” the forecasters warned. “Stay away from the shoreline along the affected coasts. Be prepared for road closures. Postpone entering or leaving channels affected by the high surf until the surf subsides.”

A large north swell (340-350 degrees) will peak tonight (360-010 degrees), then start to turn more north-northeast (010-030) Friday and Friday night. West-facing shores exposed to large north swell will also experience a significant rise in surf from the north wrap before diminishing on Friday. The swell coincides with strong to gale force northeast winds and a peak spring high tide during the early morning hours Friday. This will likely result in significant overwash issues within a large wave run up along north-facing shorelines during the pre-dawn hours.

Surf along the leeward Kohala and North Kona shores could reach 12 to 16 feet.

Strong and gusty winds behind a cold front are keeping a Wind Advisory in effect for the Big Island until 6 a.m. on Friday morning. Northeast winds 25 to 35 mph with localized gusts up to 50 mph will be possible.

Due to the high winds and surf, roadways and beaches may be closed without notice.