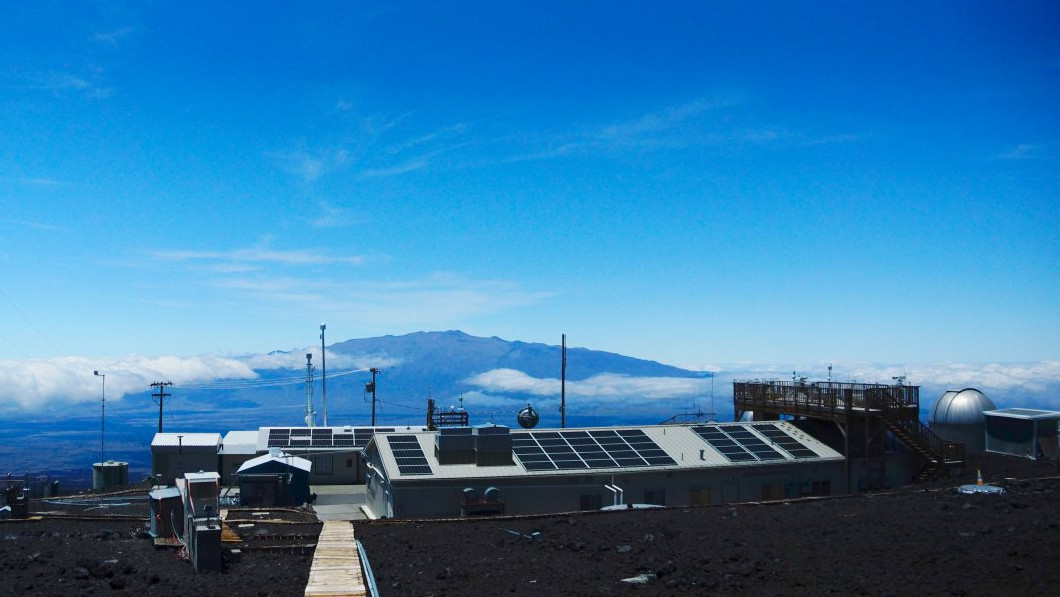 Photo of the Mauna Loa Observatory from the The Keeling Curve announcement.

(BIVN) – The collection of data for use in the decades-long record of atmospheric carbon dioxide, known famously as the Keeling Curve, was cut off on Monday night, as lava from the latest Mauna Loa eruption flows down the mountain.

The lava crossed the Mauna Loa Weather Observatory Road at approximately 8 p.m. in the evening, cutting off power to observatory facilities and equipment. 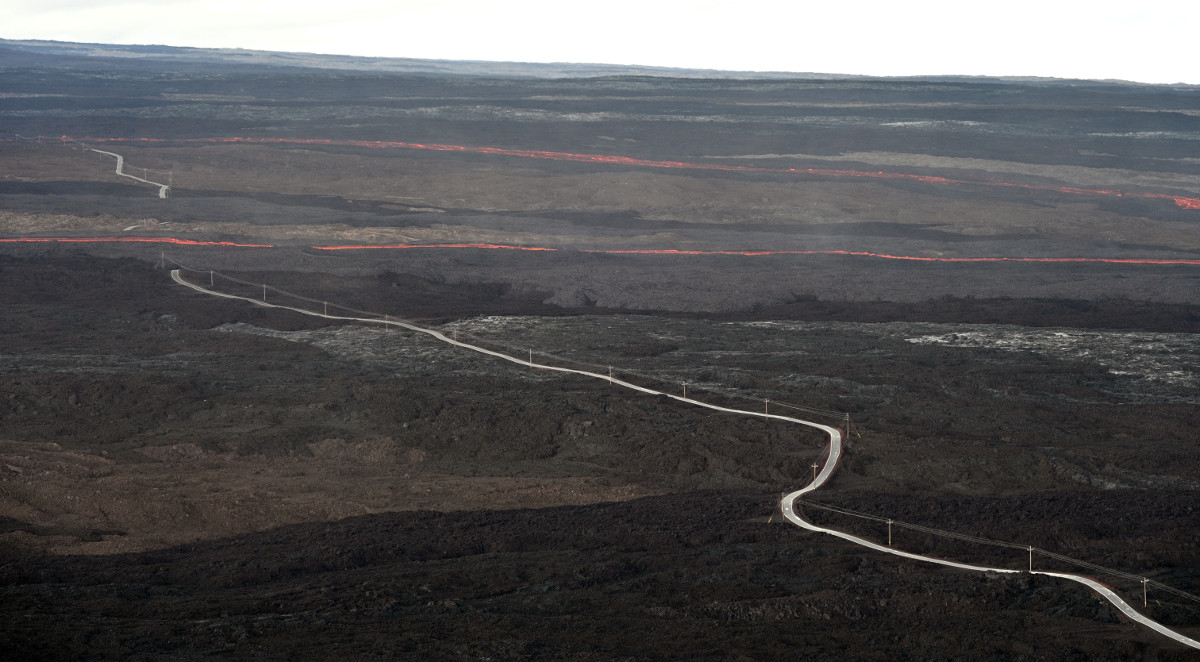 USGS: “This image was taken on a helicopter overflight on the afternoon of November 29, 2022. It shows a lava flow cutting across the Mauna Loa Observatory Road in two places.” (USGS image by L. Gallant)

Researchers at Scripps Institution of Oceanography at UC San Diego, which started collecting the Keeling Curve data at the site in 1958, say they “are exploring options regarding the relocation of measurement equipment.” From the Tuesday announcement:

The Keeling Curve is considered the icon of scientific evidence that human activities are altering the planet’s climate. It has provided incontrovertible evidence that the amount of the gas carbon dioxide has risen far above any levels experienced on Earth for at least three million years. Additional study has shown that the only plausible cause of the warming caused by the increase in concentrations of that gas is the use of fossil fuels by society.

The authority of the program’s measurement of carbon dioxide for more than 60 years has been bolstered by its virtually uninterrupted record.

“It’s a big eruption and it’s in a bad place,” said Keeling.

Charles David Keeling initially selected Mauna Loa as the ideal location for carbon dioxide measurement because of the distance of the big island of Hawai’i from other major land masses and because the landscape of the mountaintop, filled with volcanic rock but no vegetation, would not allow contamination from the photosynthetic activity of local plants.

The Keeling Curve was producing a clear record of rising CO2 levels in the atmosphere by the mid-1960s as well as a measure of the natural rise and fall of CO2 throughout the year as Northern Hemisphere plants died off in fall and regreened in spring.

In the history of the Keeling Curve, there are occasional times in which readings are not available because of excessive variability in hourly readings. There were sustained periods without measurements in 1964 when budget cuts within the federal agencies supporting the record suspended operations for several months and in 1984 when another Mauna Loa eruption cut off power. There were no readings from March 26 to April 29 that year, after which a generator was brought to the observatory to resume operations. Since the 1970s, Scripps Oceanography and NOAA have made complementary CO2 measurements at the Mauna Loa Observatory, which is operated by NOAA.