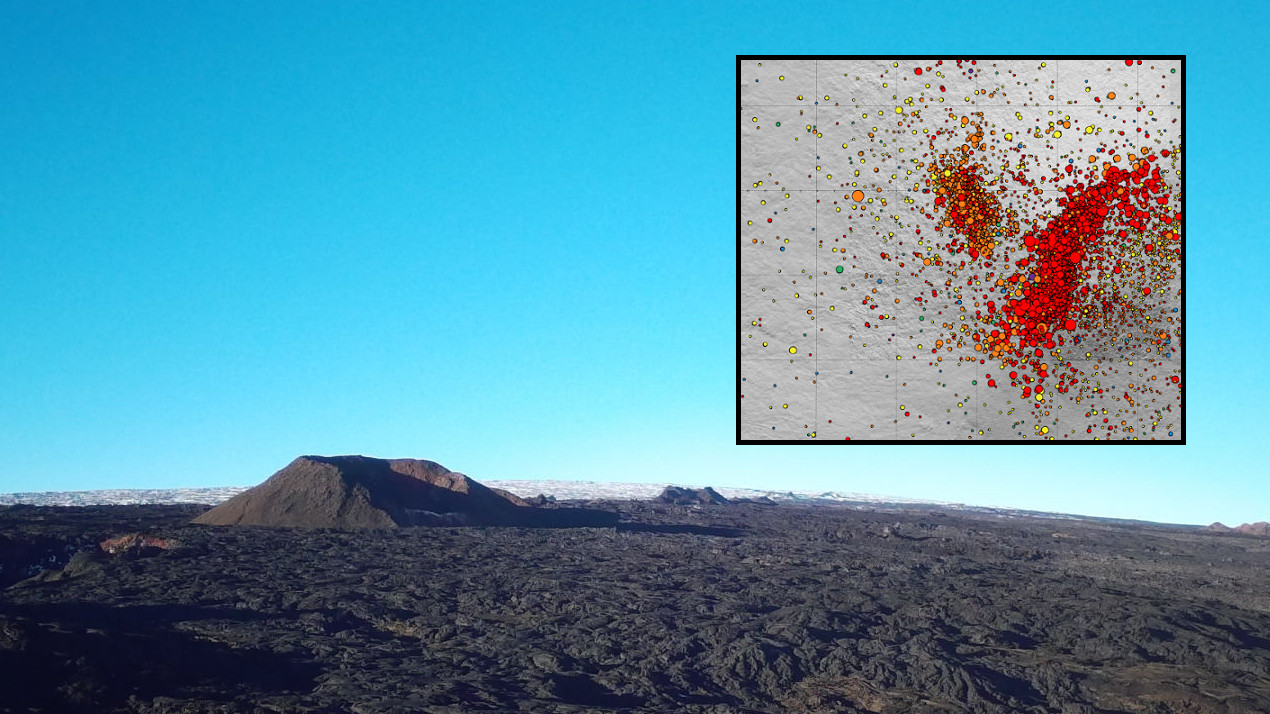 VOLCANO WATCH: Earthquakes – Beyond The Counts 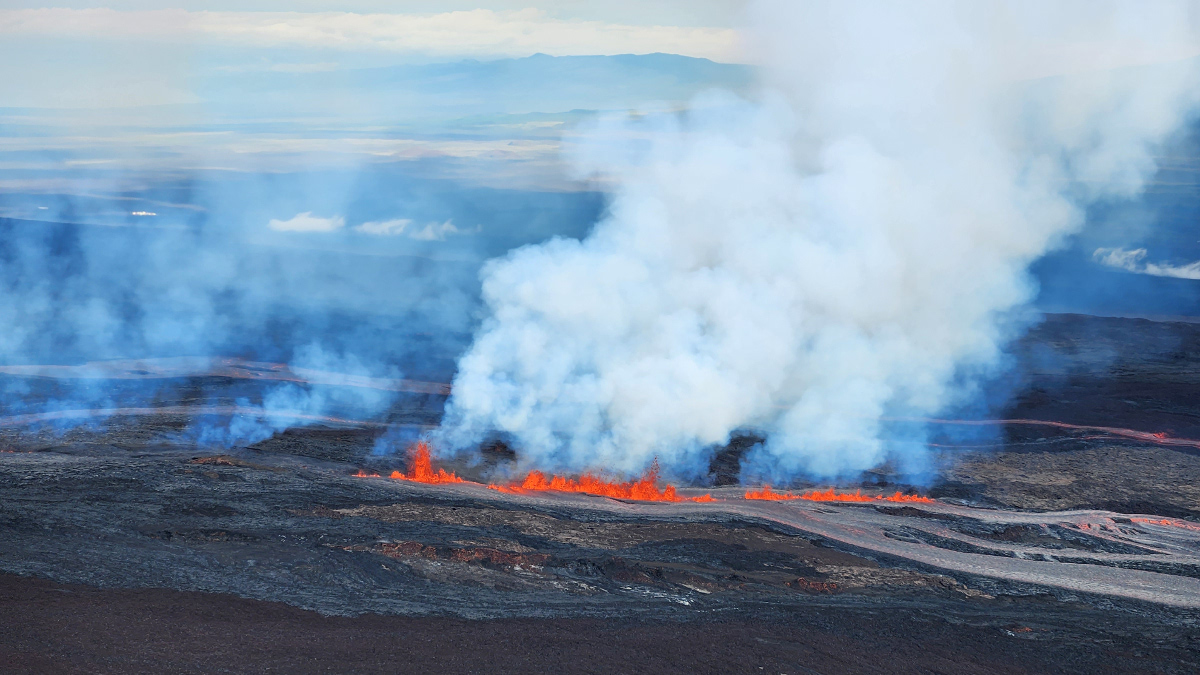 USGS: “Aerial photo of lava fountains along a fissure on Mauna Loa’s northeast rift zone at approximately 9:30 a.m. HST on 28 November 2022. The photo was taken looking toward the north.” (USGS photo by K. Lynn)

Seismology is one of several critical elements used at the Hawaiian Volcano Observatory (HVO) to assess volcanic unrest and hazards. Often, the earliest signs of volcanic unrest, before lava is seen, are provided by earthquake activity occurring deeper within the Earth than where other volcano monitoring capabilities can reach.

Seismologists, or earthquake specialists, look at their data in a variety of ways to interpret the story of volcanic processes occurring underground. As a first step, HVO notes earthquake rates, locations, and magnitudes, as these attributes can be quickly recognized to reflect times, general locations, and strength of the unrest.

We also study details of the recorded earthquakes to infer how the Earth moved and shook the ground. Human-generated noise (like helicopters and quarry blasts) and atmospheric signals (like thunder and wind) can make volcanic signals difficult to identify.

As an analogy, think about the different sounds that you hear when you turn on and use a garden hose. First there is squeaking when the pressure first builds up. Then, as water pushes on the air within the hose, there are gurgling and crackling sounds. Finally, there is steady humming as water streams smoothly out the end of the hose. At HVO, our seismic instruments are our ears as we track the magma within the volcanoes and the lava as it erupts.

Seismicity helps tell the story of a seemingly quiet volcano. Especially when the stories of these volcanoes and their seismicity have been told in the past.

Kīlauea has provided HVO with many opportunities to observe relationships between earthquakes and volcanic activity. We have identified established earthquake source regions that show increases in seismic activity as the volcano gets closer to erupting. We also recognize the earthquake types that suggest magma movement. At times, it has been possible to forecast where and when eruptions started, based on patterns of earthquake activity.

Mauna Loa is also an active volcano. Through the past two centuries, we have seen intervals between successive eruptions change. Between 1832 and 1950, Mauna Loa erupted, on average, every 3 to 7 years. Since 1950, the intervals have been much longer. After 1950, it was 25 years until the 1975 Mauna Loa summit eruption, and then another 9 years until the 1984 eruption. Then, 38 years passed until the most recent eruption in 2022 from Mauna Loa’s Northeast Rift Zone.

HVO’s modern seismic observations of Mauna Loa are relatively sparse compared to those of Kīlauea. In addition, improvements in monitoring technology have significantly boosted HVO data recording and analysis capabilities. Still, the observations of 1975 and 1984 provide some helpful clues toward learning how Mauna Loa works.

In the Spring of 1974, HVO seismologists noted an increase in earthquake activity beneath the upper elevations of Mauna Loa. They installed additional seismometers and, without computers, counted and located earthquakes by hand. The compiled observations could be viewed as a successful eruption forecast.

HVO’s current capabilities allow earthquake detection and location to levels far surpassing those of 1975 and 1984. To better compare current earthquakes patterns to these previous eruptions, seismologists hand counted tiny earthquakes in September 2022 that were too small to be recorded by modern computer processing. This comparison showed a similar uptick in seismic activity and led to community meetings in ensuing months to emphasize awareness, preparedness, and safety.

Further increases in seismicity in October 2022 reflected rapid stress changes within the volcano, but the only imminent precursor to lava appearing in the summit caldera was an hour-long tremor-like burst of numerous small, shallow earthquakes just before the eruption started.

Each eruption provides new observations and data, adding to our ability to, ideally, learn and understand beyond the basic numbers.

Next time you look up at one of the volcanoes around the island, think about the different types of activity occurring and the stories being told beneath the surface. Not just in the form of earthquakes you are feeling, but also in the other subtle signals faintly picked up by the sensitive instruments listening in.