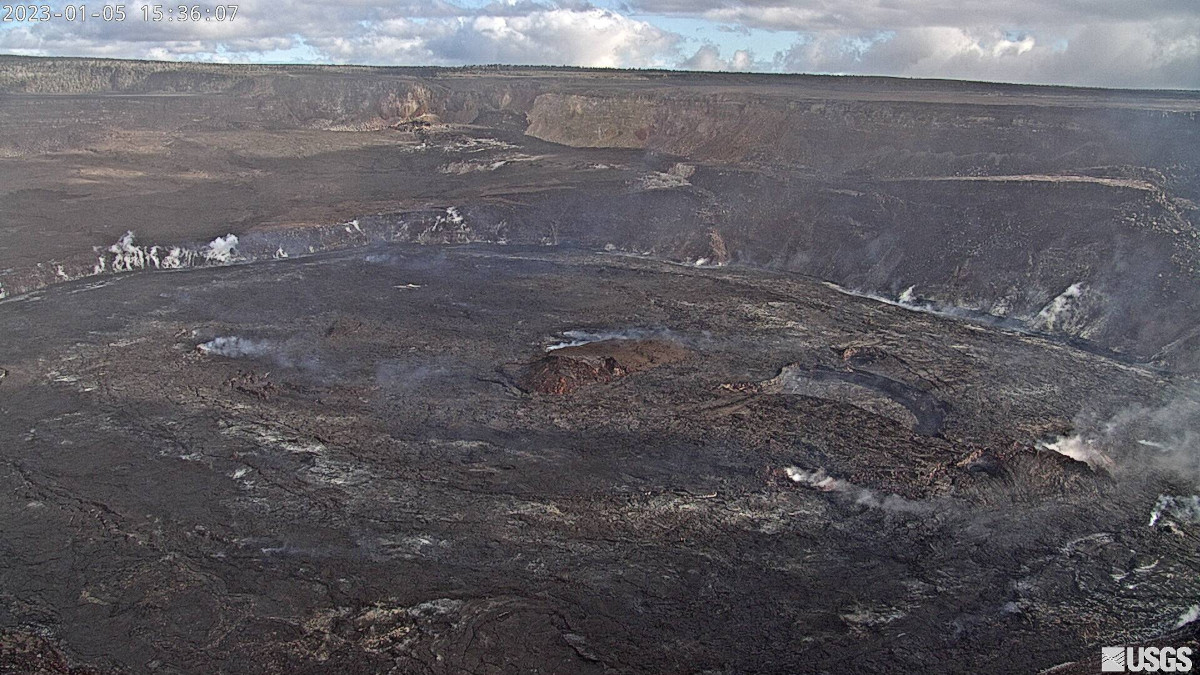 USGS webcam view of Halemaʻumaʻu, as seen on Thursday at 3:56 p.m. HST 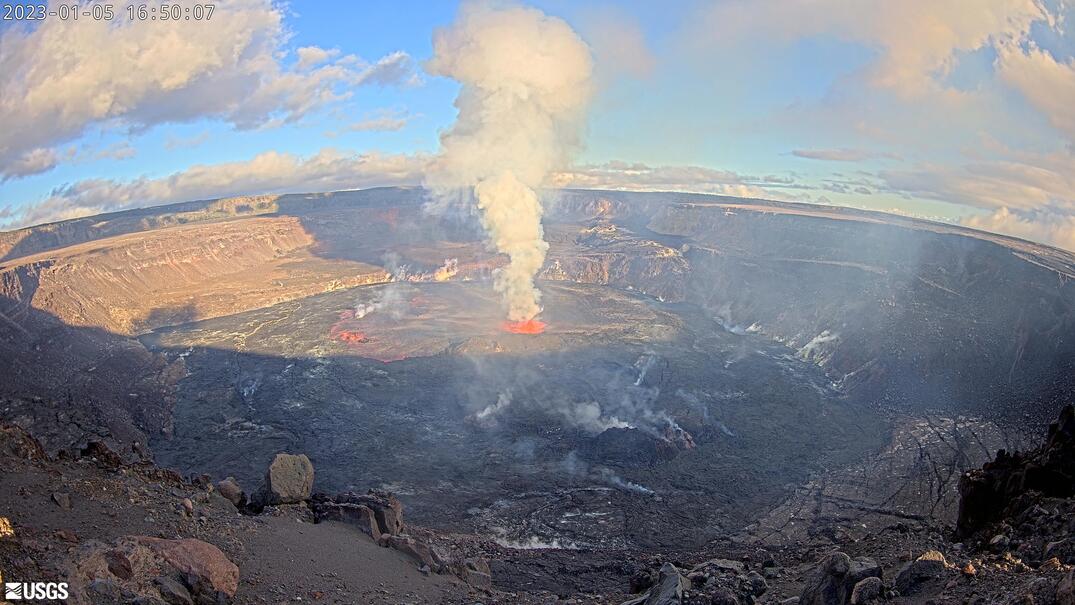 USGS webcam showing the start of the eruption as of early Thursday evening.

(BIVN) – The USGS Hawaiian Volcano Observatory has raised the Kilauea Volcano Alert Level from ADVISORY to WATCH and the Aviation Color Code from YELLOW to ORANGE, due to an increase in earthquakes and deformation at the summit.

As of Thursday afternoon, Kilauea was not erupting. Scientists provided this information statement explaining the change in the alert level:

Kīlauea volcano is not erupting. Increased earthquake activity and changes in the patterns of ground deformation at Kīlauea’s summit began occurring in the early morning of January 5, 2022, indicating movement of magma in the subsurface. At this time, it is not possible to say with certainty if this activity will lead to an eruption; the activity may remain below ground. However, an eruption in Kīlauea’s summit region, within Hawai‘i Volcanoes National Park and away from infrastructure, is one potential outcome.

The USGS Hawaiian Volcano Observatory is raising the volcano alert level/aviation color code for Kīlauea from Advisory/Yellow to Watch/Orange due to this activity.

HVO will continue to monitor this activity closely and adjust the alert level accordingly.

HVO is in constant communication with Hawai‘i Volcanoes National Park as this situation evolves. The activity is confined entirely within the park.