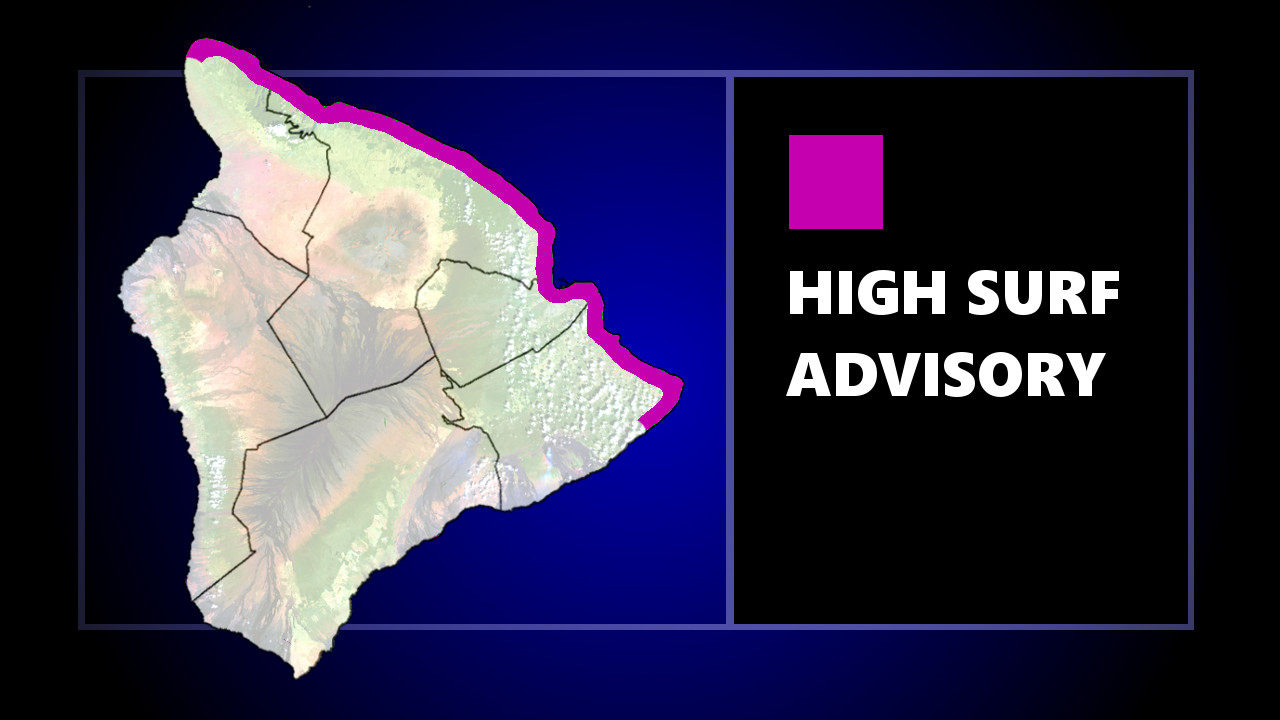 Some Hilo Beaches Closed Due To High Surf

HILO, Hawaiʻi - A High Surf Advisory is still in effect for north-facing shores of Hawaiʻi island, and some beach parks in Keaukaha were closed on Friday.

(BIVN) – Two beach parks in the Keaukaha area of Hilo were closed Friday, due to conditions associated with a large north swell impacting north-facing shores of Hawaiʻi island.

A previously issued High Surf Advisory remains in effect for north-facing shores on the windward side of the Big Island, the National Weather Service in Honolulu reported on Friday. Surf heights of 15 to 20 feet are possible until 6 p.m. this evening.

Forecasters say the swell is on the downward trend today. “Large surf will persist for most north and west facing shores through the weekend as another powerful long period northwest (310 degrees) swell is expected to rise Saturday and hold through Sunday,” the National Weather Service added.

Beach-goers, swimmers, and surfers should exercise caution and heed all advice given by Ocean Safety Officials, the civil defense message stated. Other beaches may be closed without notice.