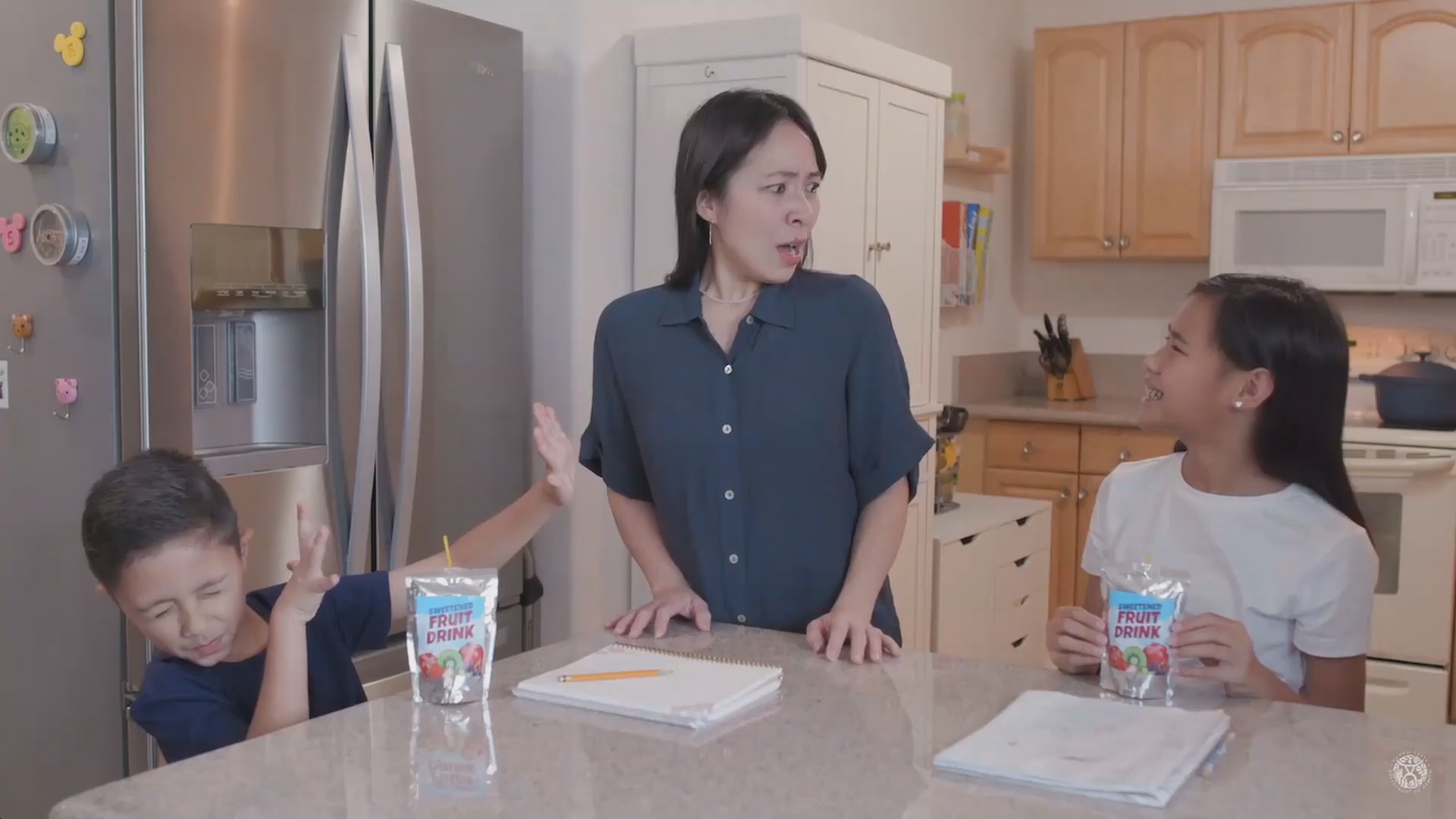 image from video, "Don't Fall For The Beverage Industry's Sweet Lies", by the Hawaiʻi Department of Health 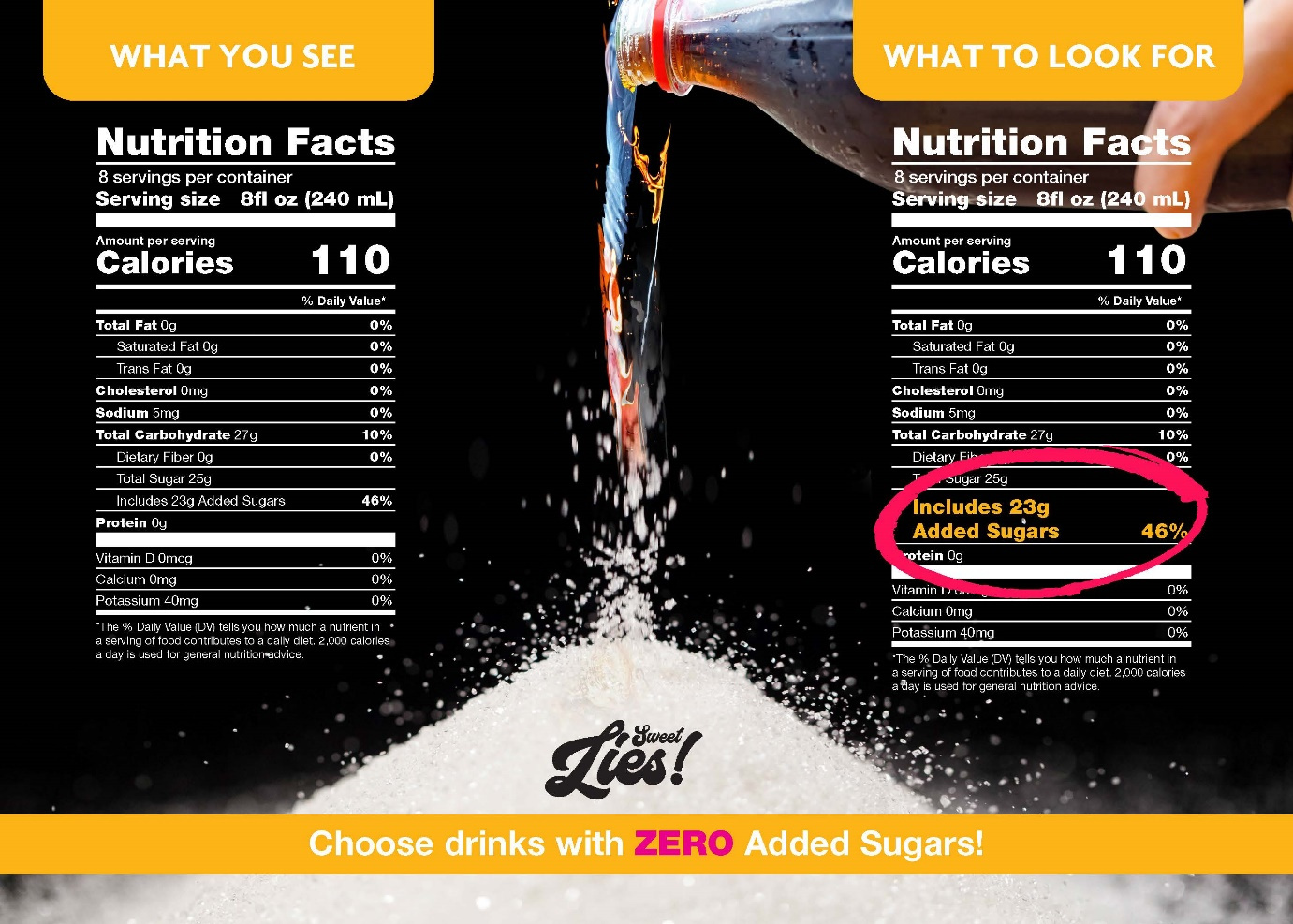 (BIVN) – The Hawaiʻi Department of Health has launched a “Sweet Lies!” campaign against what it calls the mislead marketing of sweetened fruit drinks to kids. Public service announcements will be appearing on TV, radio, digital, social media, and in malls statewide.

From the Monday news release:

HONOLULU – The Hawai‘i Department of Health (DOH) recently launched a new public service announcement campaign aimed at the beverage industry’s marketing of sweetened fruit drinks to keiki. Pictures of fruit and words like juice, natural, and 100% vitamin C mislead parents into thinking these beverages are healthy. In reality, sweetened fruit drinks can contain as much sugar as soda and can lead to tooth decay, early weight gain, and contribute to a lifetime of diet-related diseases, including diabetes.

Beverages can make up a large portion of a child’s caloric and nutrition intake. The drinks parents and caregivers choose for their children can have a lasting impact. According to the Hawai‘i’s Young Children Health Survey, more than 75% of keiki in Hawai‘i consume one or more sweetened fruit drinks, sports drinks, energy drinks, or tea drinks daily.

The Sweet Lies! campaign was developed with insights and feedback from focus groups consisting of parents and grandparents of Hawai‘i keiki. Most agreed that sodas are too sugary for children but were unaware that sweetened fruit drinks can contain just as much sugar. “It was evident during our focus groups that parents and grandparents are trying to make healthy decisions for their keiki,” said Lola Irvin, Department of Health Administrator of the Chronic Disease Prevention and Health Promotion Division. “However, pictures of fruit on packaging and products labeled ‘natural,’ and ‘100% vitamin C’ are deceiving families into thinking sweetened fruit drinks are healthy, when in fact, they are filled with sugar.” National and local health experts recommend keiki drink NO sweetened fruit drinks or other sugary beverages. Water or unflavored milk is the healthiest choice.

The Children’s Healthy Living Program has surveyed residents of Kaua‘i, Nānākuli, Waimānalo, Wailuku, Moloka‘i, and Hilo for more than six years and its data shows that 13.5% to 43.5% of young children in these communities are overweight or obese.

The campaign, aimed at bringing the spotlight to the Beverage Industry’s deceptive marketing tactics, is slated to run through April 30, 2023 on TV, radio, digital, social media, and in malls statewide. The public is encouraged to visit the campaign website, SweetLies.hawaii.gov, to learn more.