VIDEO: Phase one of space colonization will be in Hilo, Hawaii

By David Corrigan, Tim Bryan, and Lynn Beittel [Video by Lynn Beittel, Visionary Video | Animations courtesy NASA via PISCES] WAIKOLOA, Hawaii: A big meeting for the future of not only space exploration, but colonization, took place this week. The International Lunar Research Park Leaders Summit was held at the Hilton Waikoloa Village. It was […] 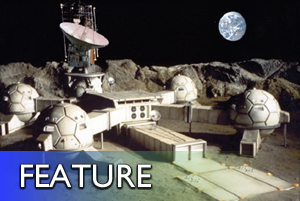 WAIKOLOA, Hawaii: A big meeting for the future of not only space exploration, but colonization, took place this week.

In May, Hawaii and NASA signed an agreement establishing a partnership between the Ames Research Center and the Aloha State. The partnership would “explore and test new technologies, capabilities and strategies supporting America’s space exploration and development goals”.

As a result, UH-Hilo would see the development of a prototype International Lunar Research Park.

This week’s conference was a chance for everyone involved to get up to date on the progress of the project.

The project will be developed in three phases. In this video, Frank Schowengerdt, Professor of Physics at UH-Hilo and the director of PISCES… and Jim Crisafulli, the Director of the  Hawaii Office of Aerospace Development… describe the vision.