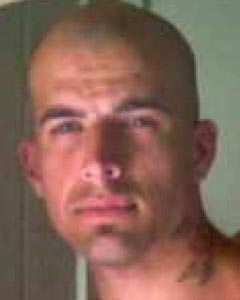 PUNA, Hawaii: A reported domestic dispute that led to an alleged stabbing in Puna has police on the look-out for Brannon Ramireza, a 27-year-old Hawaiian Beaches man.

A short time later, the mother of the man hit by the bottle and a relative—a 37-year-old Mountain View man—got into a confrontation with the couple from the original domestic argument on South Puni Mauka Loop near Aweoweo Street.

During the confrontation, the Mountain View man received lacerations to the chest, back, face and upper arms. He was taken to Hilo Medical Center, where he is listed in stable condition.

Police have classified the incident as a first-degree assault and a third-degree assault. They are looking for 27-year-old Brannon Ramirez of Hawaiian Beaches, who also goes by the name “Listo.” He is described as 5-foot-11, 190 pounds with blue eyes, a muscular build, a shaved head and a partial goatee. He has several tattoos, including one with the word “Compton” on his abdomen and another with the numbers “155″ on his chest.

Police caution the public not to approach him, but instead, to call the Police Department’s non-emergency line at 935-3311 if they see him or know his whereabouts, or contact Detective Norbert Serrao by phone at 961-2383 or by email at nserrao@co.hawaii.hi.us.