The Big Island Film Festival is just a few days away, and there are a few changes to the program to report. Also, the paniolos are back in the 2012 promotional video, being circulated via YouTube 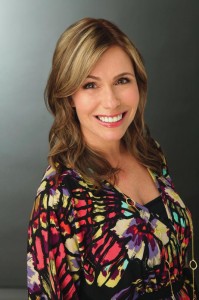 KOHALA COAST, Hawaii: The Big Island Film Festival is just a few days away, and there are a few changes to the program to report. Also, the paniolos are back in the 2012 promotional video, being circulated via YouTube (above).

Organizers say NBC’s Story/Career Consultant Jennifer Grisanti will be an honoree this year, replacing actor David James Elliott -whose last-minute family commitments keep him away. She joins previously scheduled honoree Eloise Mumford (“The River”) at a special “Meet the Stars” gala on Friday, and receptions in their honor on Saturday and Sunday, respectively.

From a BIFF media release:

Eloise Mumford, an NYU graduate, appeared on Broadway and played opposite Dennis Hopper in STARZ acclaimed series “Crash,” before going on to guest star in “Law and Order SVU” and “Mercy.” She stars in the new Dreamworks/ABC series “The River” and has leading roles in feature films, coming soon.

Jennifer Grisanti is a Story/Career Consultant and Writing Instructor for Writers on the Verge at NBC. Prior to that, she worked with Spelling Television Inc. for 12 years, covering all of Spelling’s shows including “Beverly Hills, 90210,” “Melrose Place” and “Charmed.” As Vice President of Current Programs at CBS/Paramount, she worked with “Medium,” “Numbers,” “NCIS,” “4400,” “Girlfriends” and many others.

Jen Grisanti Consultancy was launched in 2008 and has since helped 350 writers, 24 of which have staffed as writers on television shows and ten have sold pilots, two that went to series.  (jengrisanticonsultancy.com.) She’s also a Blogger for The Huffington Post and author of the new books, Story Line: Finding Gold In Your Life Story and TV Writing Tool Kit: How To Write a Script That Sells.

The Big Island “Talk Story” Film Festival is a celebration of independent narrative films and filmmaking, taking place May 24-28, 2012. Major sponsors include The Fairmont Orchid, Hawai‘i and The Shops at Mauna Lani and Hawaii Tourism Authority/Hawai‘i County CPEP. For complete schedule information and to print-your-own-tickets from Ticket Derby, visit www.BigIslandFilmFestival.com or call (808) 883-0394.