The Memorandum was sent to the members of the Hawaii County Council, at the request of Kona Councilwoman Karen Eoff, following an incident in February in which Albertini was interrupted by Eoff during public testimony. Albertini was testifying in support of Home Rule Resolution 272 and against Genetically Modified Organisms. 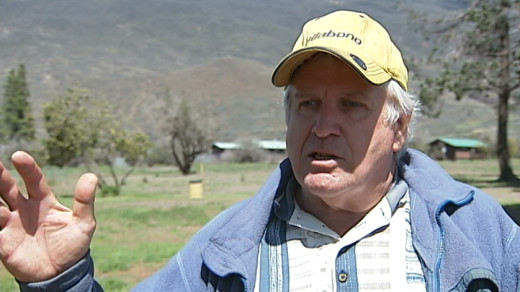 Video of the incident – taken from the official recording of the meeting – can be seen above.

Ashida advised the council that citizens have a right to criticize council members and the council should be careful of free speech and civil rights violations.

Albertini says Eoff apologized to him and he says he has no hard feelings. Albertini said it’s a sad fact that a citizen’s right to criticize council members has to be clarified.

Here is the content of the Memorandum that Albertini references. It was issued by the Office of the County Clerk, Stewart Maeda and had the signature of Lincoln Ashida.

RE: Reminder concerning content and manner of public testimony

This is a reminder that the public has a right to criticize specific Council member(s), so long as the public testimony is related to an agenda item. The following is intended as a quick guide for all Council members, and particular the chairs of the various committees to ensure appropriate receipt of testimony at meetings:

2. Manner: Screaming, yelling and/ or other unruly behavior while testifying may be interrupted. The testifier may be asked to refrain from such actions.

3. The times when content MAY be regulated: The use of swear or cuss words, or inflammatory language beyond poor taste ( what our courts have called” fighting words”). The testifier may be asked to refrain from such actions.

Note that in the situations outlined above, a good practice is to warn the testifier to stop his/ her behavior. Only after a warning is not heeded should consideration be given to cutting off their testimony.Hawaii County Clerk Stewart Maeda – March 7, 2014