(ABOVE VIDEO) During Thursday’s public meeting in Pahoa, Hawaii County Civil Defense administrator Darryl Oliveira relays the news from the Department of Land and Natural Resources that state lands surrounding the lava flow have been closed. Video by David Corrigan.

Here is the news release issued Thursday by DLNR, including a map of the closed lands and an image of the signage being posted.

Due to the recent lava flow activity adjacent to the Kaohe Homesteads area in the Puna district of the Big Island, the Department of Land and Natural Resources (DLNR) has closed all state unencumbered lands in the immediate vicinity. These include the parcels designated by Tax Map Key numbers: (3) 1-5-01:21, 26 and (3) 1-5-08:01. Signs have been posted at various access points warning the public of the hazardous conditions.

To ensure safety, DLNR is closing this area to all but essential personnel. DLNR has also closed Wao Kele O Puna forest reserve, and Kahaualea Natural Area Reserve. Both areas are off-limits to all persons.

Entry into closed lands is a violation of Hawaii Administrative Rule Sec. 13-221-4 and Hawaii Revised Statute 171-6, and is subject of penalty up to $5,000 for the first offense. The Governor’s proclamation enhances the penalties for any offense committed during this emergency. 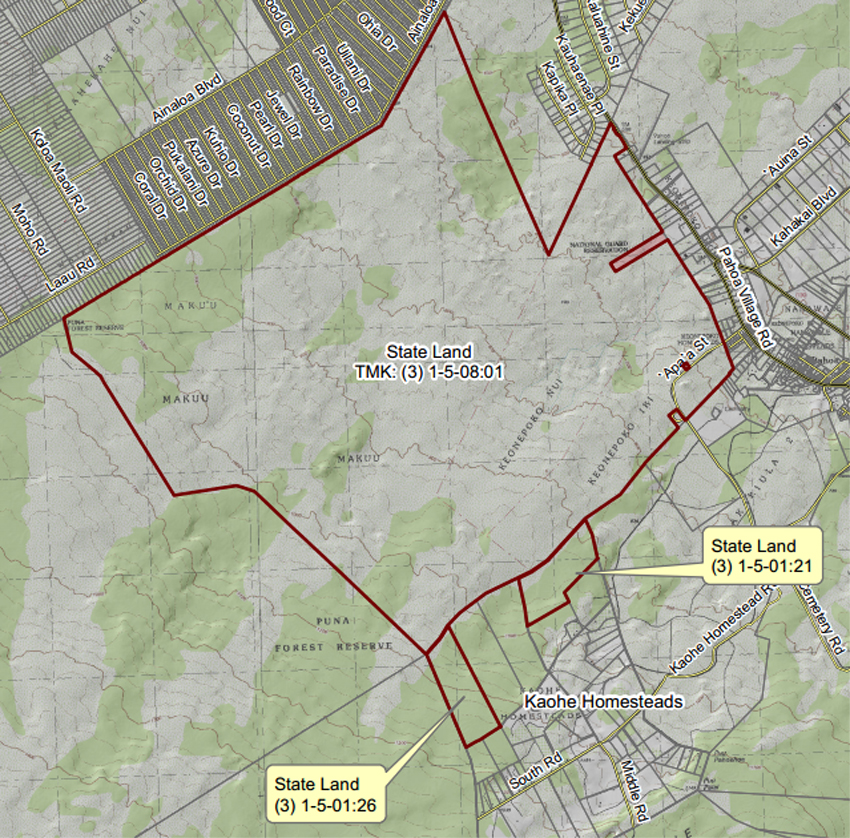 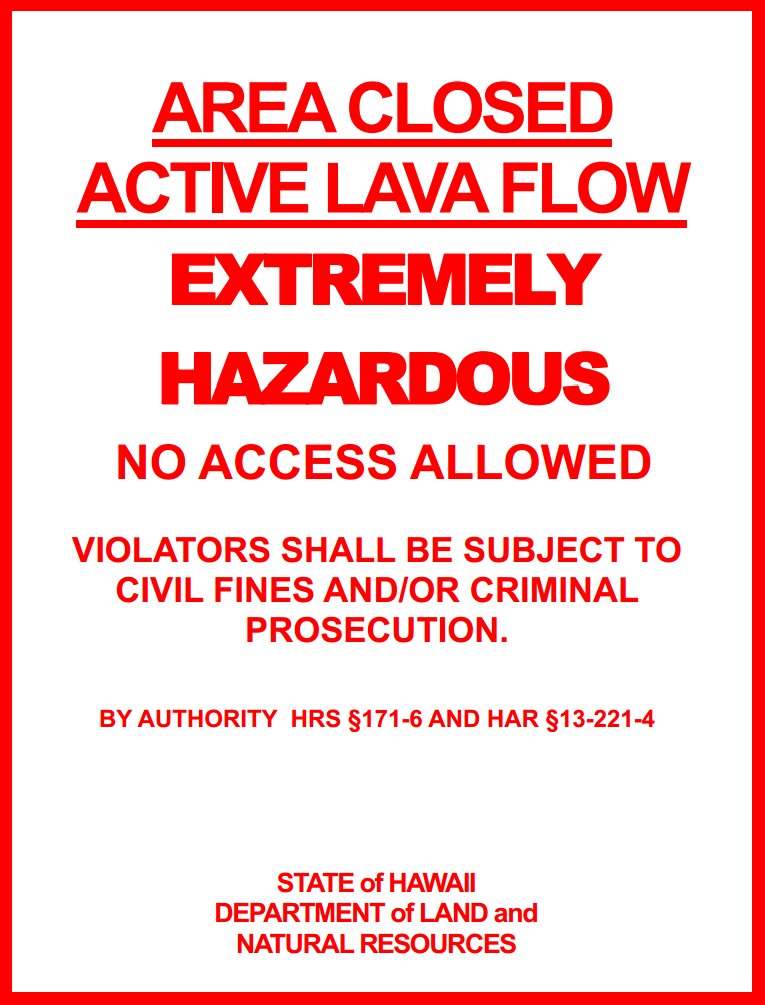