Not much happening on the flow front, and lava discharge from Pu‘u ‘Ō‘ō is low.

Volcanic Activity Summary: The June 27th flow remains active. The flow front advanced downslope about 50 m (55 yd) in the past 2 days. During an overflight this morning lava breakouts were observed on the surface and margins of the flow as far as 2 km (1.2 mi) upslope, and they continue to widen the flow. The flow front remains about 1.4 km (0.9 mi) upslope from Apa`a St. along the steepest descent path and 1.1 km (0.7 mi) upslope from Apa`a St. along a straight line. Lava discharge from Pu‘u ‘Ō‘ō into the June 27th lava tube was low when measured this morning. Because the flow has slowed to about 25 m/day (27 yd), we do not offer a future projection of the flow’s advance. Our next overflight is scheduled for Monday morning.

Remarks: The Pu‘u ‘Ō‘ō vent in the East Rift Zone of Kīlauea Volcano began erupting on January 3, 1983, and has continued erupting for more than 31 years, with the majority of lava flows advancing to the south. Over the past two years, lava flows have issued from the vent toward the northeast. The June 27th flow is the most recent of these flows and the first to threaten a residential area since 2010-2011. On June 27, 2014, new vents opened on the northeast flank of the Pu‘u ‘Ō‘ō cone and fed a narrow lava flow to the east-northeast. On August 18, the flow entered a ground crack, traveled underground for several days, then resurfaced to form a small lava pad. This sequence was repeated three more times over the following days with lava entering and filling other cracks before reappearing at the surface, in two of the cases farther downslope. Lava emerged from the last crack on September 6, forming a surface flow that initially moved to the north, then to the northeast, at a rate of 400 m/day (437 yd). The flow slowed thereafter and, between September 12 and 19, the rate of advancement varied, averaging 225 m/day (246 yd). The flow front stalled by September 22, but new breakouts upslope overtook the stalled front on September 29. During the past 2 weeks, advance rates of the flow front have slowed from 120 m/day (131 yd) to 25 m/day (27 yd). USGS Hawaiian Volcano Observatory on Oct. 12 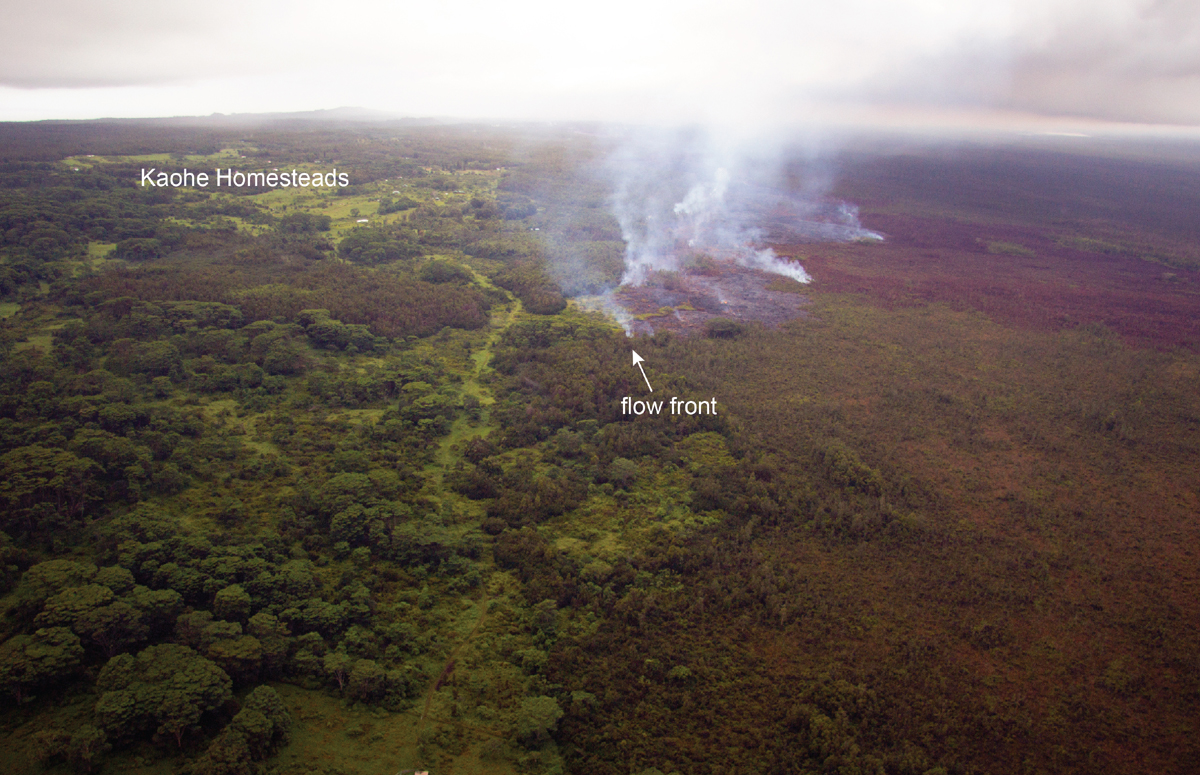 USGS HVO photo: “The June 27th lava flow remains active, but has advanced only a minor distance – about 50 m (55 yards) – over the past two days. Activity persists around the flow front, however, with numerous scattered breakouts. The flow front this morning was 1.1 km (0.7 miles) from Apaʻa St., as measured along a straight line.” 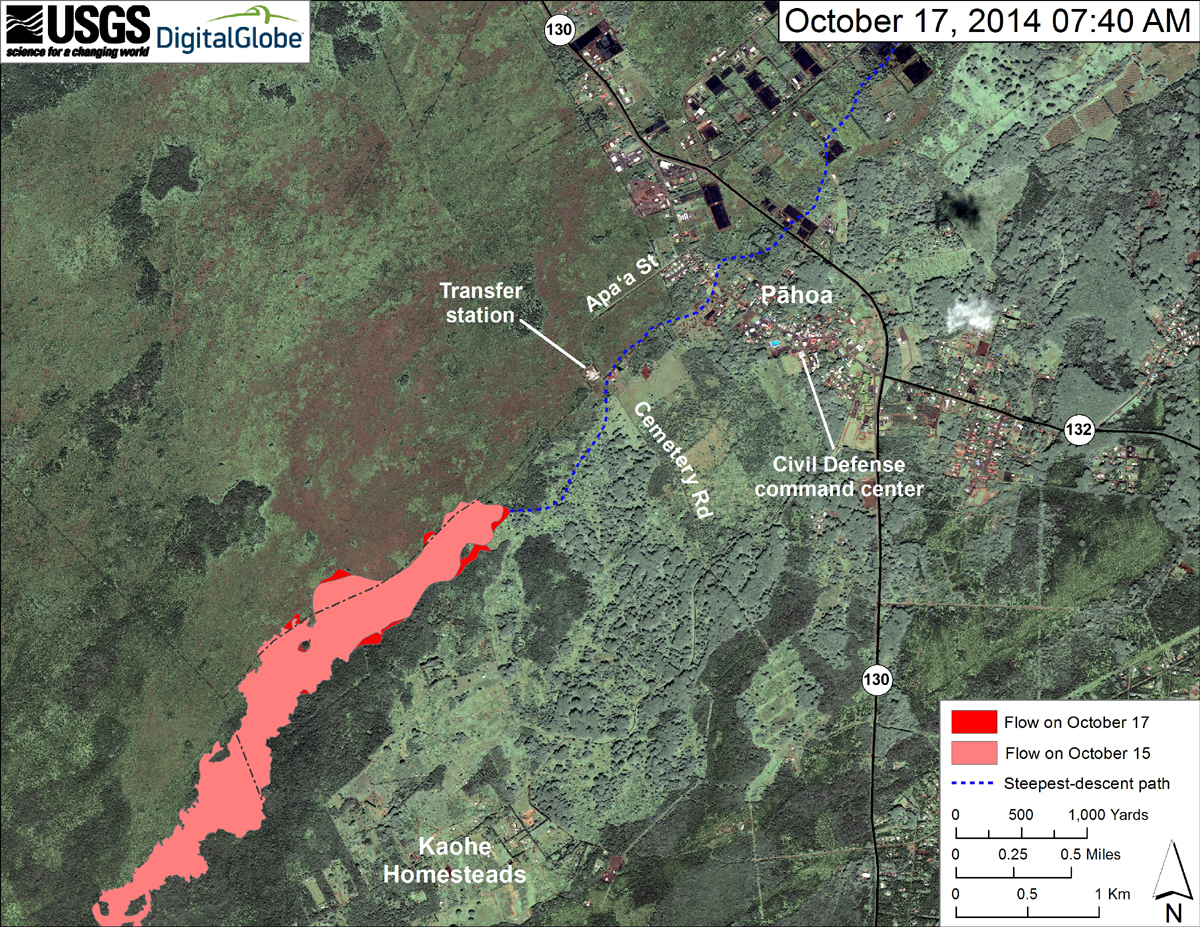