Topics at the Waimea Community Association meeting include budget, parks, waste and water.

The video above shows the portion of the meeting where the mayor discussed the scrapped waste to energy plan. The divisive proposal for a garbage incinerator in Hilo was thrown out after the administration figured falling oil prices were dissolving any potential cost benefits. Folks wanted to know, what’s next?

What we gotta do now is maximize our diversion, we’re applying for one permit on the north slope to provide another 8 to 10 years – hopefully – at the Hilo landfill. Puuanahulu, of course, has about 40 years left. We just gotta double down.”Mayor Billy Kenoi on Mar. 5, 2015

Aside from talking about the solid waste challenges facing the county the mayor touched upon a number of other topics.

Last Friday, the mayor sent his proposed budget for the Fiscal Year 2015-2016 to the Hawaii County Council for review. The $434,667,890 spending plan is $17,752,059 (or 4.3% percent) larger than the previous budget. The preliminary draft of the budget does not call for an increase in property taxes.

Part of the proposed budget increase is to add two positions to the County Finance Department. The County plans to open a department of motor vehicles office in Waimea for drivers licensing and vehicle registration. The county is looking to find a new location for those services, so it can free up space at the police department where those services are currently provided.

The mayor has been instrumental in making sure the Waimea District Park project moves forward.


Kenoi says the next step is to go to the Hawaii County Council for the approval of general obligation bonds to help the county kick in $18 million for the project.

Mayor Kenoi also spoke about the concerns over the National Park Service request to designate the Keauhou Aquifer in Kona as a Ground Water Management Area under the state. He was joined by Keith Okamoto, Deputy Manager of the county Department of Water Supply, who assured projects like Palamanui will get the water they need regardless of whether or not the state decides to designate.


We’re actively engaged in a meaningful dialog and conversation with National Park Service. In fact we met this past week. So we remain optimistic and engaged, which is important. Keeps us out of litigation and conflict. We always feel we can talk it out.Mayor Billy Kenoi on Mar. 5, 2015 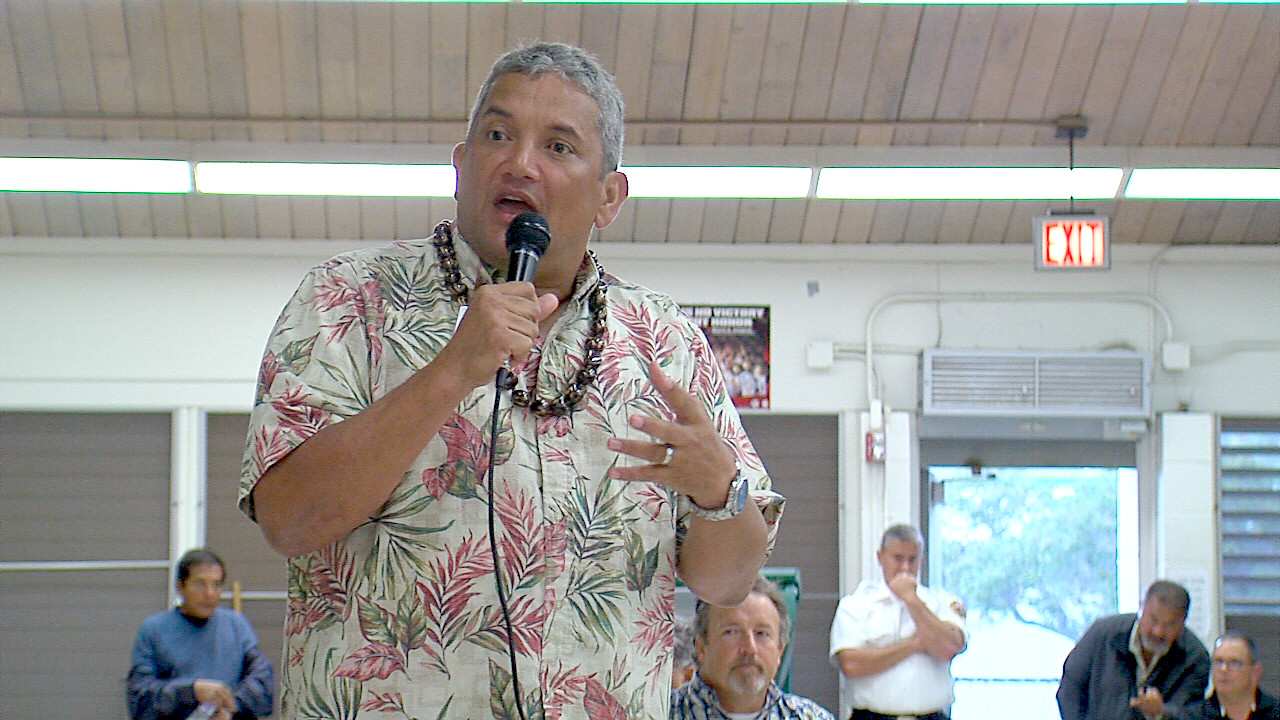 FOR MORE FROM THIS WAIMEA COMMUNITY MEETING