MAUNA KEA: The large tent that housed the around-the-clock vigil of Thirty Meter Telescopes opponents has been confiscated by the Department of Land and Natural Resources.

MAUNA KEA, Hawaii – The large tent that housed the around-the-clock vigil held by opponents of the Thirty Meter Telescope was confiscated overnight by the Department of Land and Natural Resources.

19 officers from the DLNR’s Division of Conservation and Resources Enforcement (DOCARE) dismantled the tent with support from four Hawaii Police Department officers and a ranger with the Office of Mauna Kea Management. The tent was vacant and there were no arrests.

It was third law enforcement operation in the restricted area covered by the 120 day emergency rule, passed in June by the state Board of Land and Natural Resources. 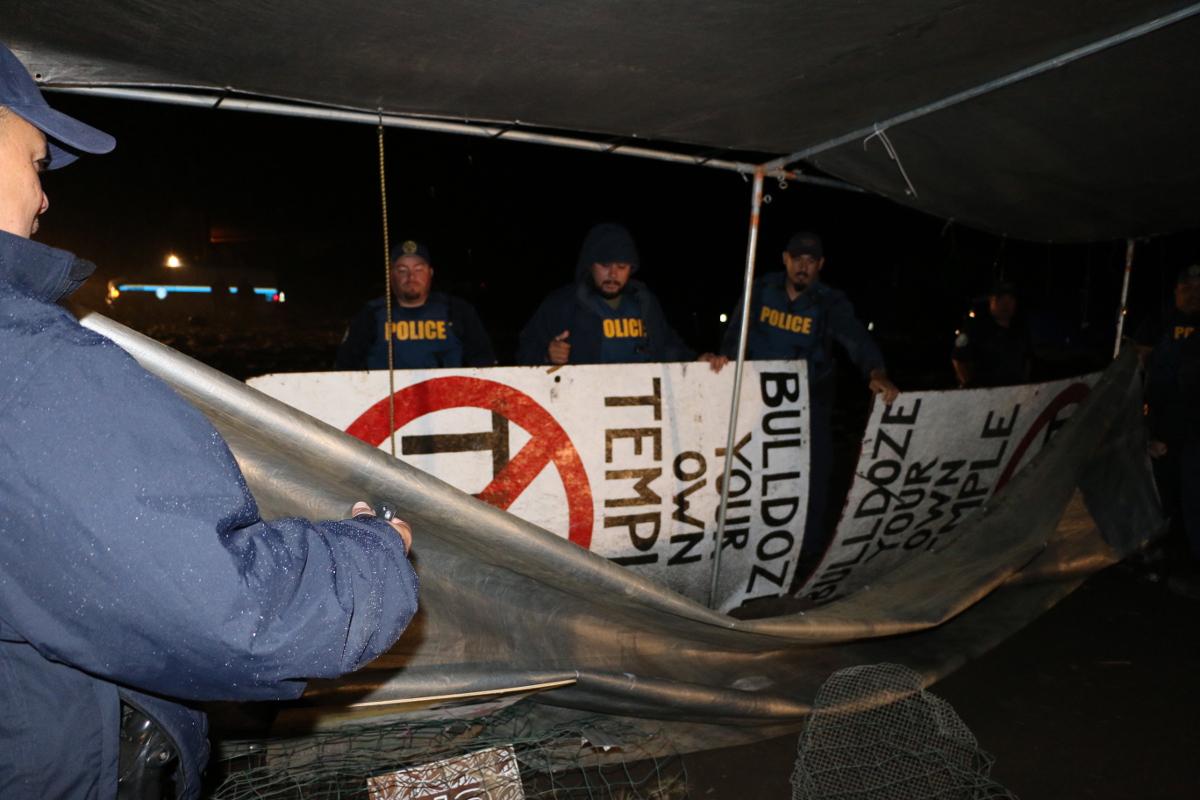 “DOCARE officers disassembled, loaded and took as evidence, a large tent that protesters had erected at the 9000 foot elevation level, across the road from the Mauna Kea Visitors Center. In an understanding reached last week, protesters had agreed to vacate the tent. A written warning notice was posted to it last Wednesday. Officers confiscated it after its rightful owner failed to claim it and take it down.”

Hale Kukia’imauna, located adjacent to the tent, was not removed.