A Flash Flood Warning is now in effect for the north half of coastal East Hawaii from Hilo to North Kohala untill 10:45 p.m. HST. 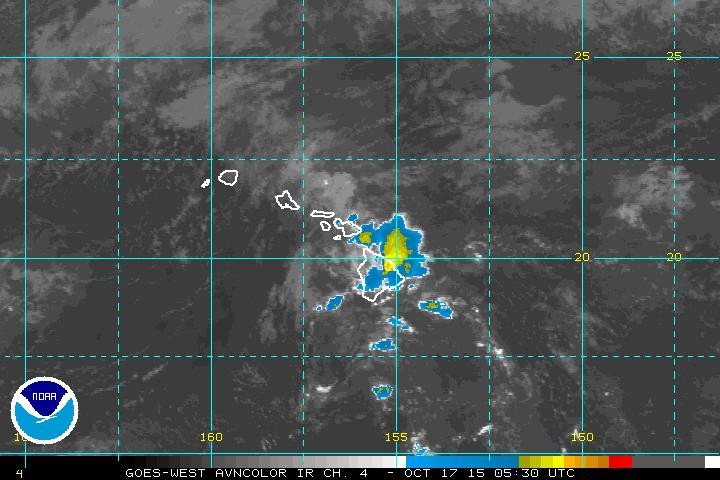 UPDATE (11:10 p.m.) – The Flash Flood Warning has been discontinued and a Flash Flood Advisory is now in effect for the same area of Hawaii Island until 2 a.m. HST.

“At 10:55 pm HST radar indicated heavy rain from thunderstorms that will cause localized flooding in parts of the advisory area. Areas of heavy rain were located just north of Hilo and over parts of the Ka’u district north of South Point. Radar was showing rain falling at one-half to one inch per hour.”National Weather Service

UPDATE (9:40 p.m.) – The Flash Flood Warning remains in effect until 10:45 p.m. HST for the Island of Hawaii. Here is the latest from the National Weather Service:

“At 9:08 p.m. HST the Honolii Stream Gage continues to show elevated water levels indicating significant runoff continues from earlier heavy rainfall. The Hawaii County Police Department reports that one lane of Highway 19 at Kaawalii Gulch was opened earlier this evening to allow traffic to pass through this area where a land slide occurred due to heavy rainfall.”National Weather Service

HAWAII ISLAND – A Flash Flood Warning is now in effect for the north half of coastal East Hawaii from Hilo to North Kohala untill 10:45 p.m. HST.

“At 7:43 p.m. HST emergency management reported localized flooding and mudslides along parts of the
Hamakua Coast north of Hilo. Radar was showing rain falling in thunderstorms at rates in excess of 2 inches per hour. Flash flooding is likely occurring in some locations.”National Weather Service

Locations in the warning include but are not limited to Hilo, Hawaiian Paradise Park, Kapaau, Honokaa, Honomu, Keaau, Laupahoehoe, Pahoa and Pepeekeo.

A landslide at Kaawalii Gulch on the Hamakua Coast has already closed Highway 19, police report.

Forecasters say the Flash Flood Warning may need to be extended beyond 10:45 p.m. if heavy rain persists.

Heavy rain and lightning over Hilo