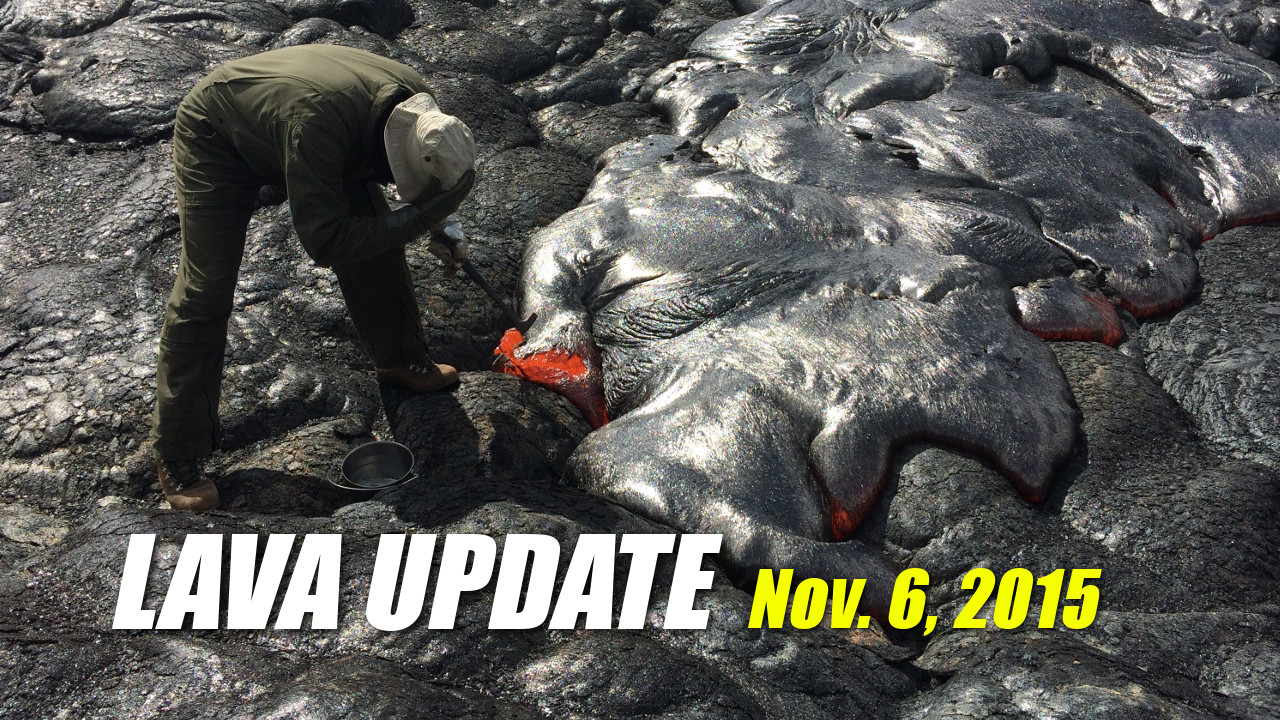 ABOVE: An HVO geologist collects a sample of active lava for chemical analysis. The lava is quenched with water in the metal bucket. (courtesy USGS) 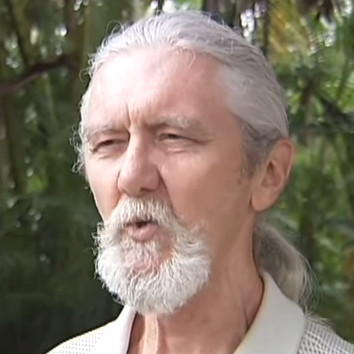 “Rain precluded our lava overflight yesterday, but abated long enough this morning for us to complete our mission. The north forest boundary remains active in two locations… about two to three miles from the Pu’u ‘O’o vent. Lava continues to ever so slowly expand the margins of the flow field in that area. The robust outbreaks to the east have now completely stopped. This is the area where lava had been making its way toward the crack that fed flows to the Pahoa area a little over a year ago. We saw no surface activity within at least two miles of the crack entrance. Pele is still not threatening any communities downslope. Due to steam and clouds, we were unable to visit the Pu’u ‘O’o vent today, but the area just below the vent that has been very active recently was once again welling up, breaking out and stretching, very much like the activity commonly seen in lava lakes.”Mick Kalber on Nov. 6, 2015

Activity Summary: Eruptions continue at Kīlauea Volcano’s summit and in its east rift zone at Puʻu ʻŌʻō. The summit is showing deflationary tilt and the lava lake level is roughly 50 m (164 ft) below the Overlook crater rim. Scattered breakouts remain active northeast of Puʻu ʻŌʻō, within about 7 km (4 miles) of the vent. There is no lava flow threat to nearby communities.

Summit Observations: Deflationary tilt began around midday on November 5. Consistent with the deflationary tilt, the lava lake level has dropped to roughly 50 m (164 ft) below the Overlook crater rim this morning. During the past day, intermittently high tremor and associated spattering activity at the lake’s surface has been occurring. Summit sulfur dioxide emission rates averaged 3,400 metric tons per day for the past week.

Puʻu ʻŌʻō Observations: Web cam images this morning show no significant change in eruptive activity within the crater. Tilt measured at Pu’u ‘Ō’ō shows minor deflation, presumably in response to tilt at the summit of Kīlauea. The sulfur dioxide emission rate from all East Rift Zone vents was about 150 metric tons per day when last measured on October 21, 2015. 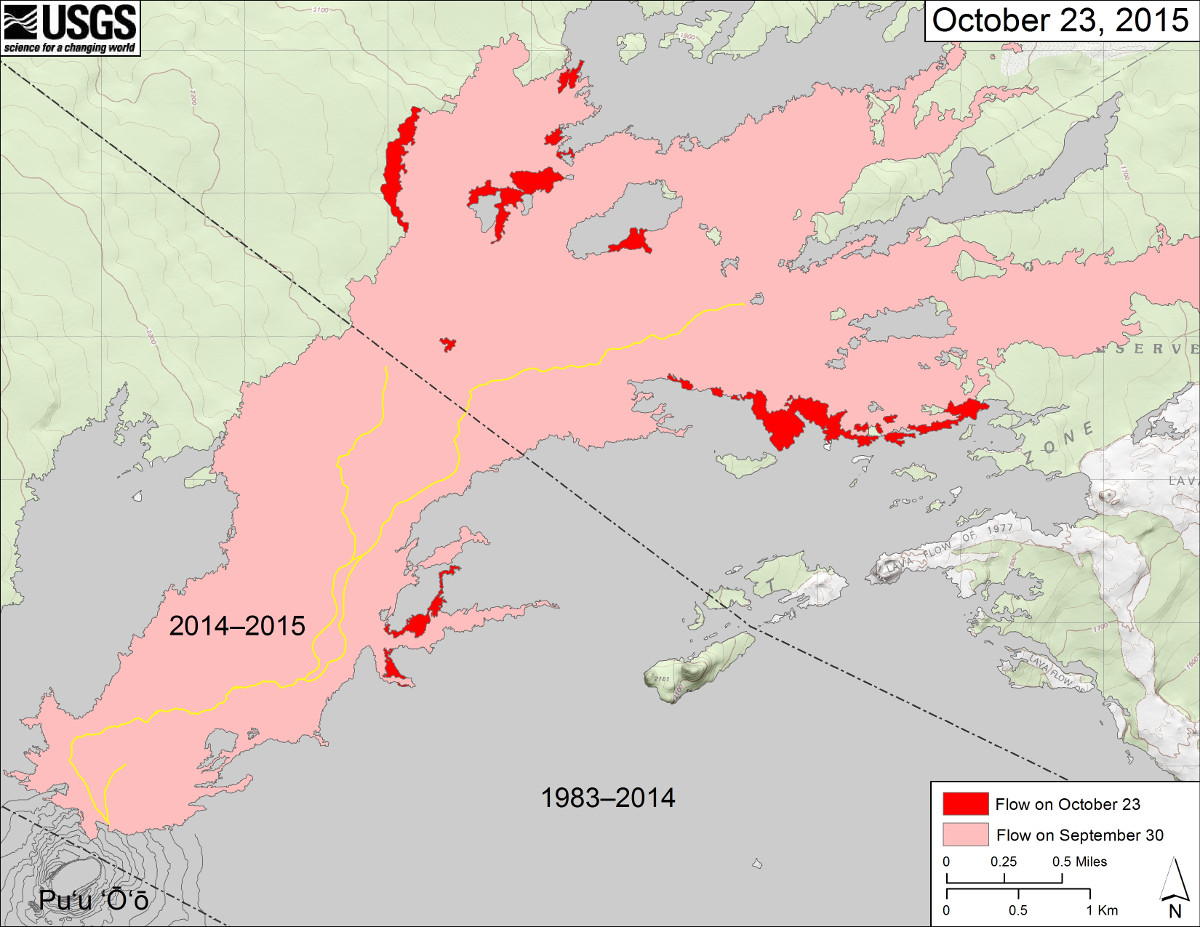 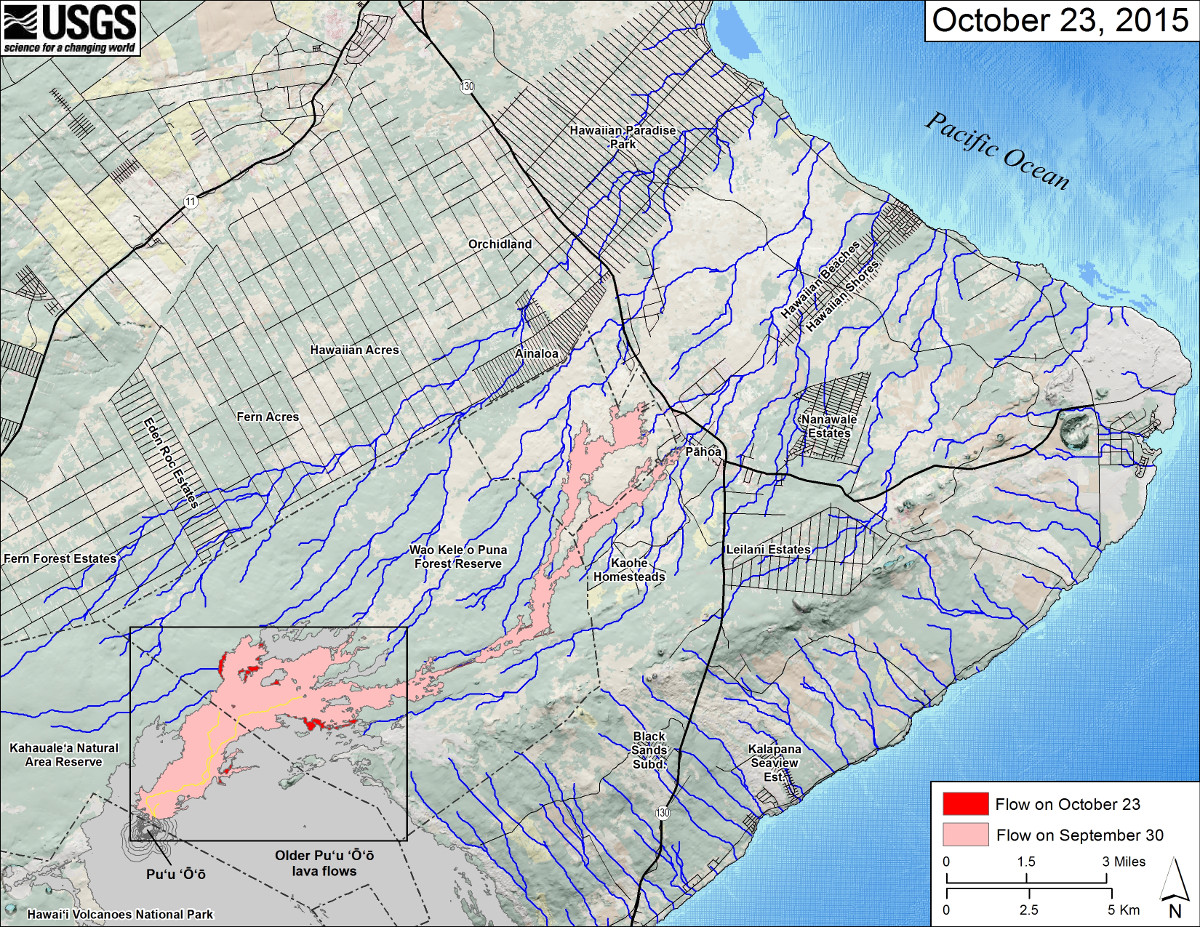