HAWAII ISLAND: The number of locally-acquired cases of dengue fever on Hawaii Island has risen to 145, one day after the number held for two days at 139. Meanwhile, Hilo and Mountain View are out of the "orange". 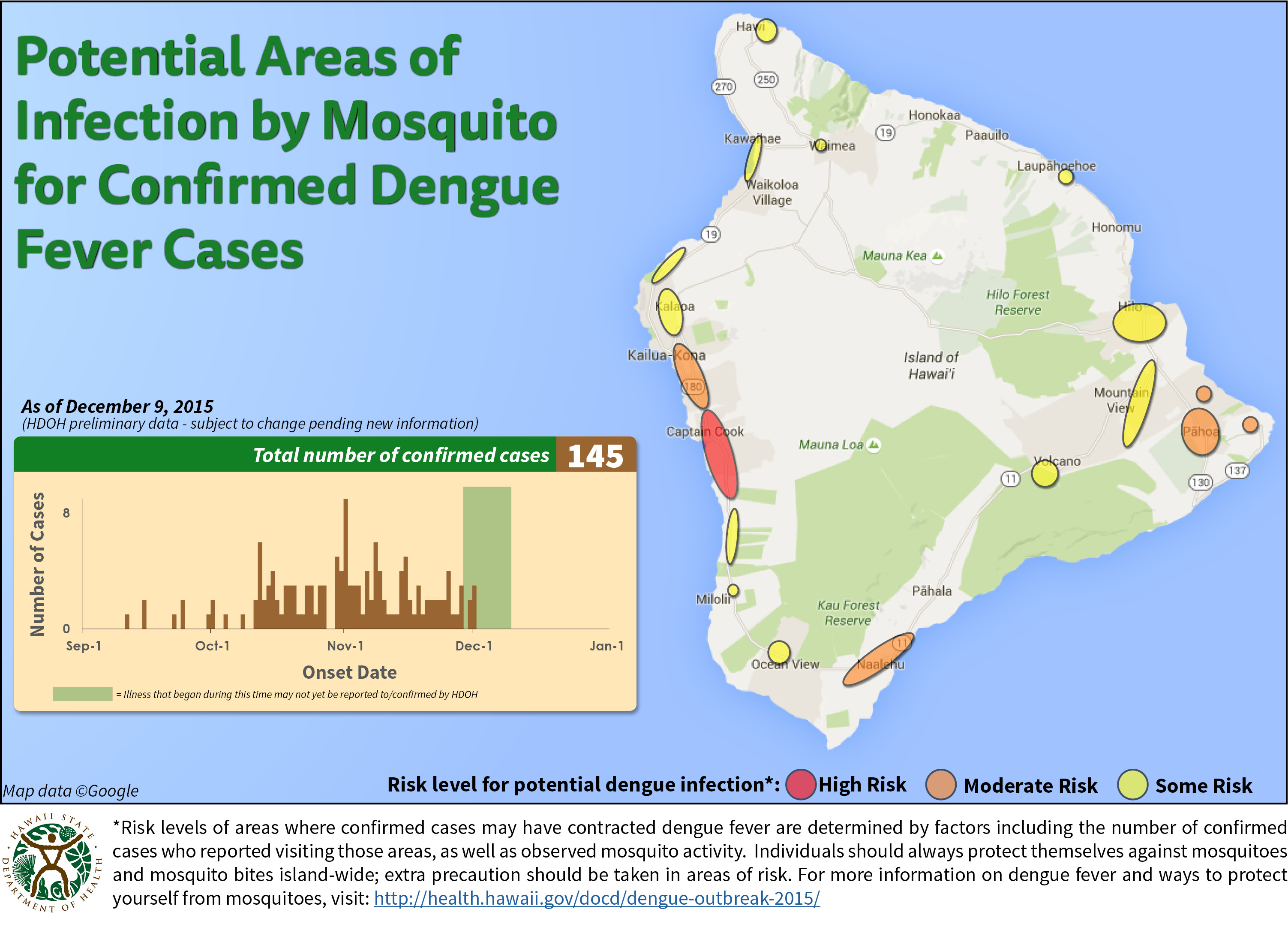 HAWAII ISLAND – The total number of locally-acquired cases of dengue fever on Hawaii Island has risen to 145, one day after the number held for two days at 139.

As of today, officials say a total of 477 reported potential cases have been excluded based on test results and/or not meeting case criteria.

State health officials also released a new risk map, charting the areas where people are most at risk of catching the disease from an infected mosquito. There are some positive changes. Hilo and Mountain View are out of the orange, and no longer considered a moderate risk. The areas are now in the yellow, indicating only “some risk”. The Captain Cook area of South Kona remains the only spot on the Big Island where there is a high risk (red).

Hawaii County also produced a new map of their own, pinpointing particular instances or clusters of dengue across the island. 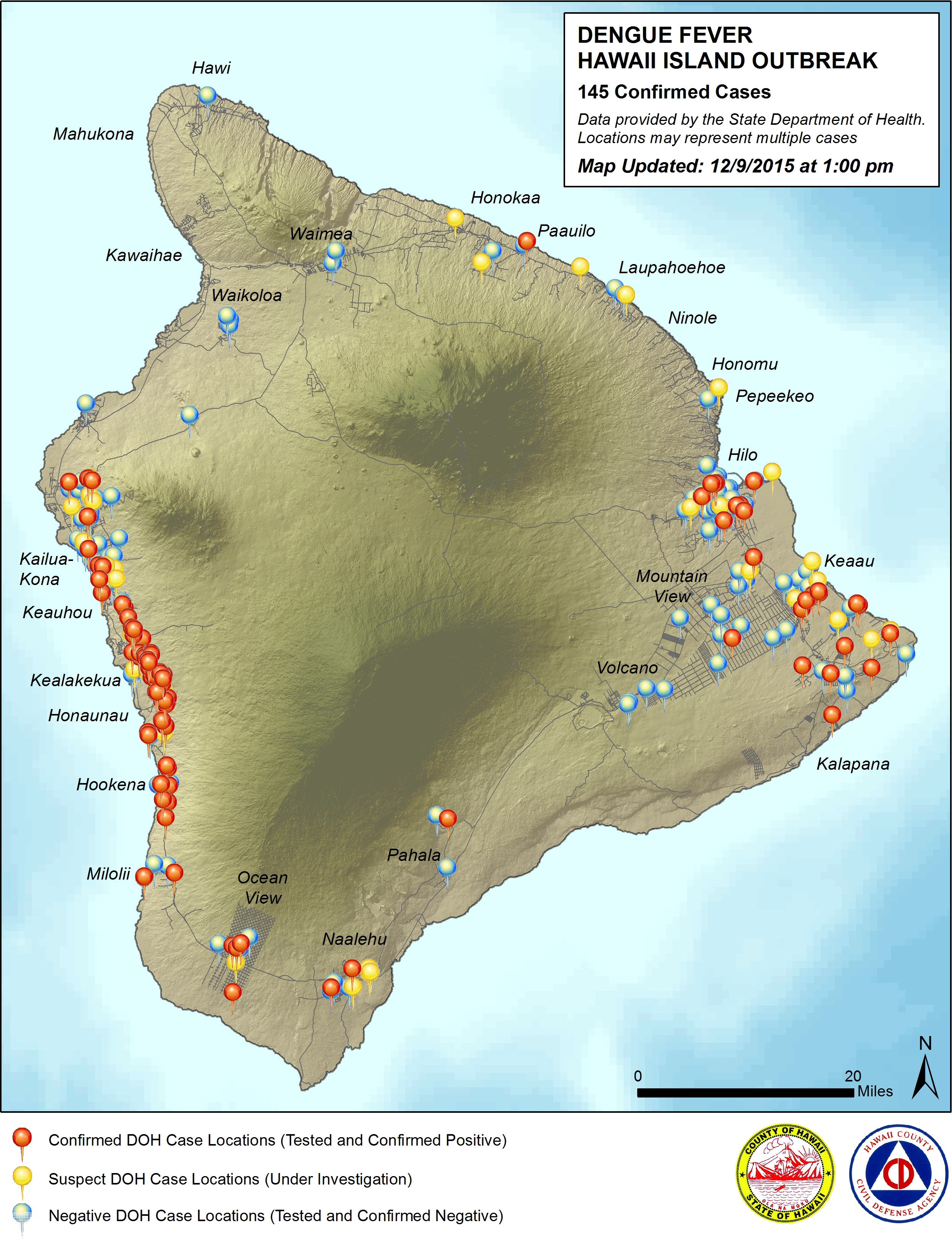