Gov Ige: No State Of Emergency After County Dengue Proclamation

According to Governor Ige, the state will issue an emergency proclamation if and when conditions meet the following criteria... 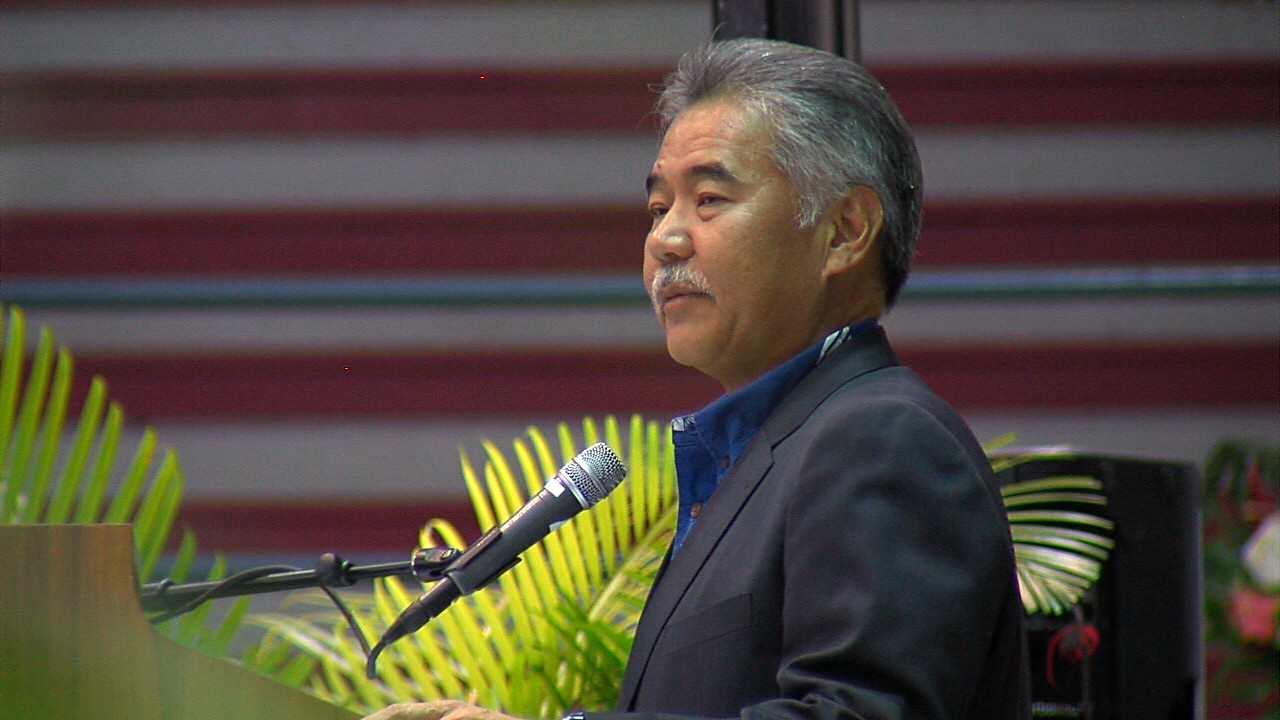 Governor David Ige attends the “Evening of Aloha” in honor of the late Sen. Gil Kahele on Monday night in Hilo.

HONOLULU – A few hours after Hawaii County Mayor Billy Kenoi proclaimed a state of emergency due to the Big Island’s dengue fever outbreak, Governor David Ige responded by saying there will be no such declaration from the state, yet.

In a media release issued Monday afternoon, the governor stated:

The state supports the county’s effort to break the cycle of dengue fever infection and transmission on Hawai‘i Island. Our number one priority is the health and safety of Hawai‘i’s residents and visitors. We will continue to work with county officials on a daily basis.

The state will issue an emergency proclamation if and when conditions meet the following criteria:

o The dengue outbreak has spread to other islands

o It is necessary to waive certain laws and regulations

o The state determines it will need federal assistance

At this time, the state is working to release the State Health Department’s 5 percent budget restriction ($250,000) to fund eight vector control positions, one entomologist and one communications position.

The state previously released another 5 percent ($250,000) restriction so the department could fund costs incurred while responding to the onset of the dengue outbreak.

On February 2, the governor held a joint news conference on Oahu, where he stood side by side with Mayor Kenoi and emergency officials in defense of the government response to the dengue outbreak. A few days earlier Congresswoman Tulsi Gabbard called for Governor Ige to declare a state of emergency in response to the spread of the mosquito-borne disease.