Officials Ask For Help In Case Of Suspicious Brush Fires

Fire and police officials are asking people in the Puuanahulu area to report any suspicious activity, following last week's series of brush fires that appear to have been set intentionally. 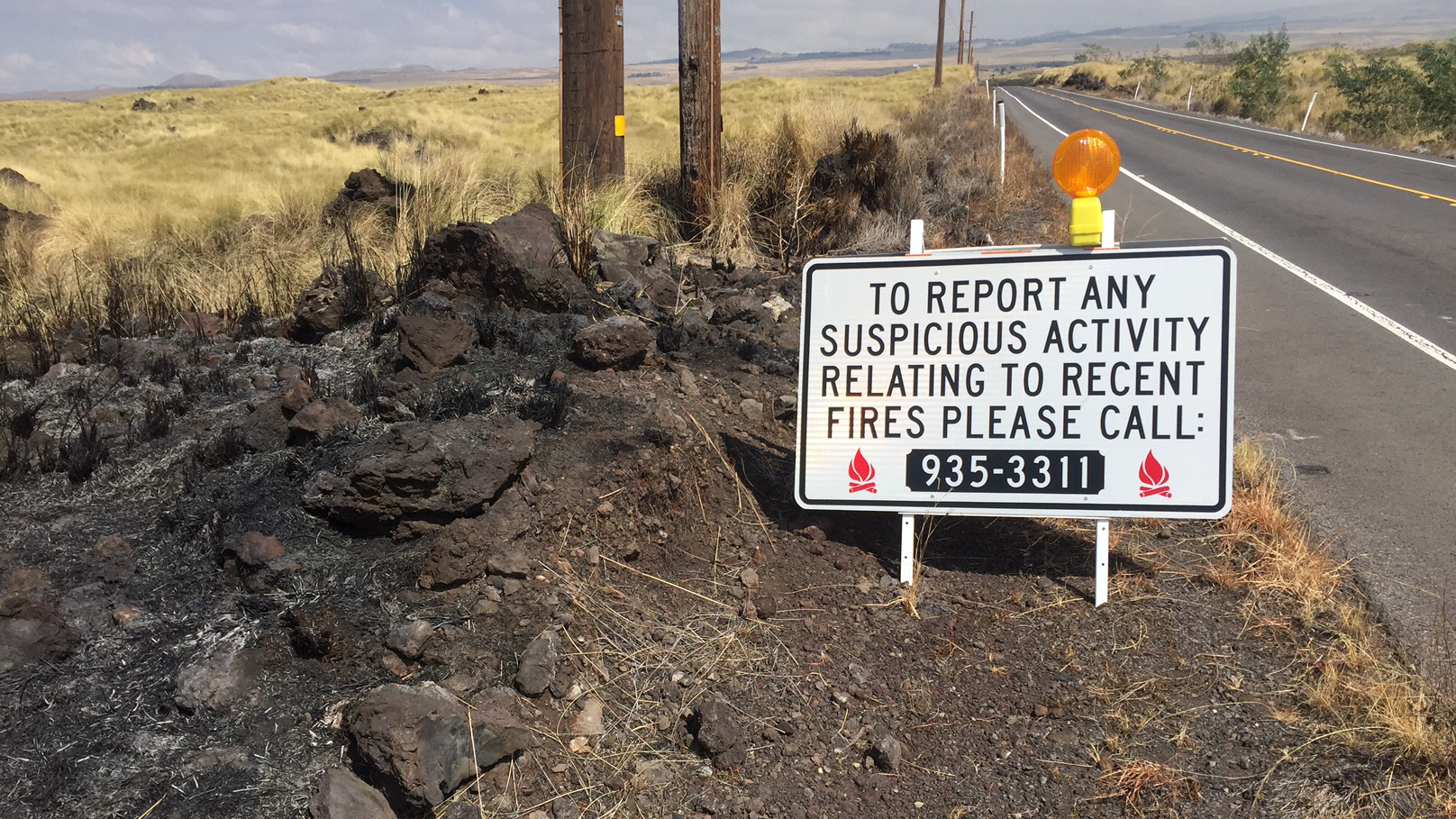 PUUANAHULU, Hawaii – Fire and police officials are asking people in the Puuanahulu area to report any suspicious activity, following last week’s series of brush fires that appear to have been set intentionally.

The latest fire sparked a little after midnight today, south of the Kona hunter check station in the Puuanahulu Game Management Unit. The state Department of Land and Natural Resources says fire crews were able to extinguish the small brush fire quickly. A county fire department investigator was called to the scene to look at the possibility this fire and three others over the past week were acts of arson.

State officials say more than 775 acres of mostly brush and grass burned, starting last Thursday in the same area. The DLNR Division of Forestry and Wildlife reports these fires are contained, though there may be occasional smoke from the interior.

DOFAW, the DLNR Division of Conservation and Resources Enforcement (DOCARE) and the Hawaii County Fire and Police Departments encourage anyone with information on these fires, or anyone who spots unusual activity in the Puuanahulu area to call 9-1-1 or 643-DLNR.