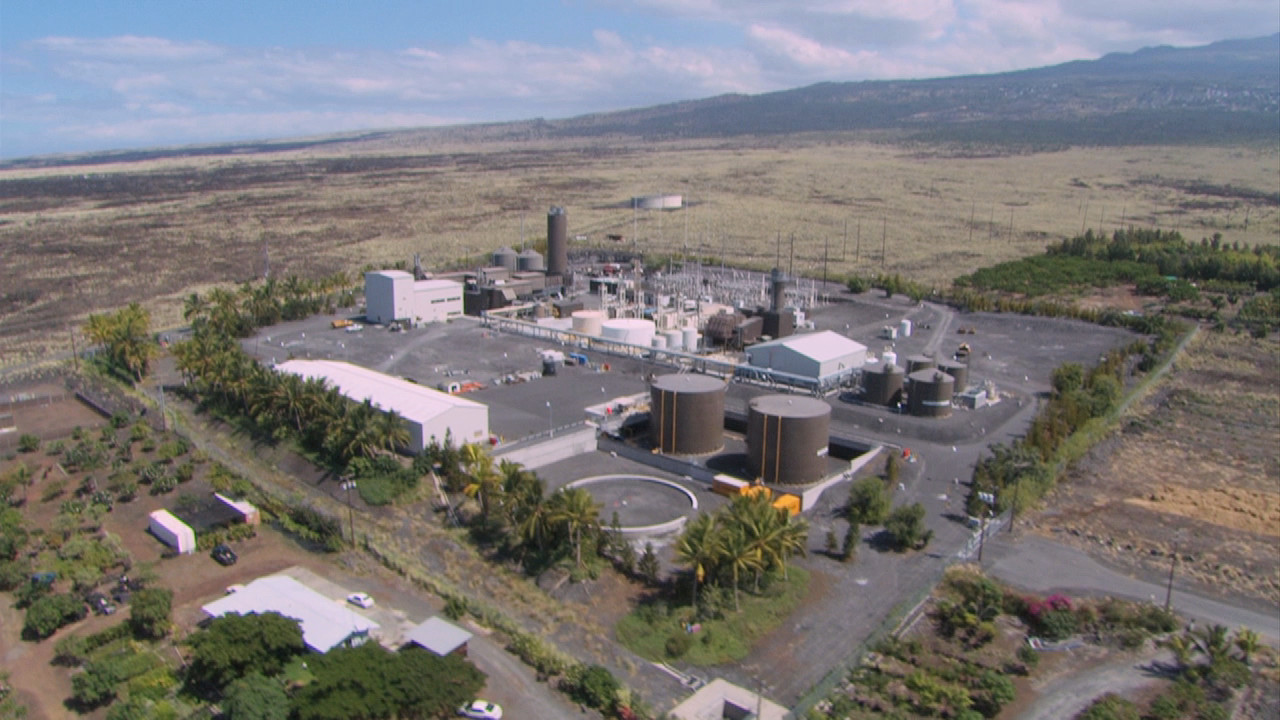 HELCO says the Feb. 20 outages happened when several generators experienced unanticipated problems, and there wasn’t enough to wind or hydroelectricity to meet the demand. The interruptions occurred during the peak period of power usage, from 5:00 p.m. to 9:00 p.m. – with the highest demand from 6:00 p.m. to 8:00 p.m., “when customers are home preparing dinner, doing laundry, taking showers, turning on lights, and doing other things that use electricity,” the utility says. Its also the time when rooftop PV systems stop generating power from the setting sun.

“Yesterday’s events were unusual,” reads a Sunday afternoon HELCO media release. “At about 1:30 p.m. on Saturday, a combustion turbine unit at the Keahole plant (CT5) shut down unexpectedly due to problems with its water system that is used to control exhaust emissions. About two hours later, fuel system problems caused another combustion turbine unit at Keahole (CT4) to shut down. A steam turbine unit owned by an independent power producer, Hamakua Energy Partners, was already down for repairs since mid-morning Friday and repairs could not be made in time. Hawai‘i Electric Light’s combustion turbine 1 was also on overhaul and its Puna Steam unit was on standby status and could not be started in time. Additionally, wind energy and hydroelectric resources were unavailable for the evening peak.”

HELCO issued a 5:30 media release asking customers to conserve power in order to avoid outages, but it wasn’t enough to stop the rolling blackouts.

“We want all of our customers to know we are truly sorry for disruption caused by last evening’s power interruptions,” said Rhea Lee-Moku, company spokesperson in today’s release. “Crews worked hard to repair generation units to get them back on-line, but we just weren’t able to make it in time. We apologize for not providing earlier notice, but we’d hoped to be able to close the gap and tried to get the word out, including using social media, as soon as possible.”

HELCO says crews “worked long hours to return a combustion turbine at its Kanoelehua facility (CT1) to service, three days before its planned return from a scheduled overhaul.” Keahole CT4 was also repaired and returned to service early Sunday afternoon.

HELCO says it can normally meet customer needs, even if the largest generating unit on the system goes out of service unexpectedly. “In this case,” the utility said, “two of the largest generators went out of service and there was insufficient time to start the Puna steam unit which takes at least 12 hours to start supplying power to the grid. The Puna unit was taken out of regular service in 2014 and now is used for this type of contingency.”

“In addition to the completed repairs crews are now focused on troubleshooting CT5 and making repairs,” HELCO reports. “Hamakua Energy Partners expects to complete repairs to its steam turbine in the next few days.”