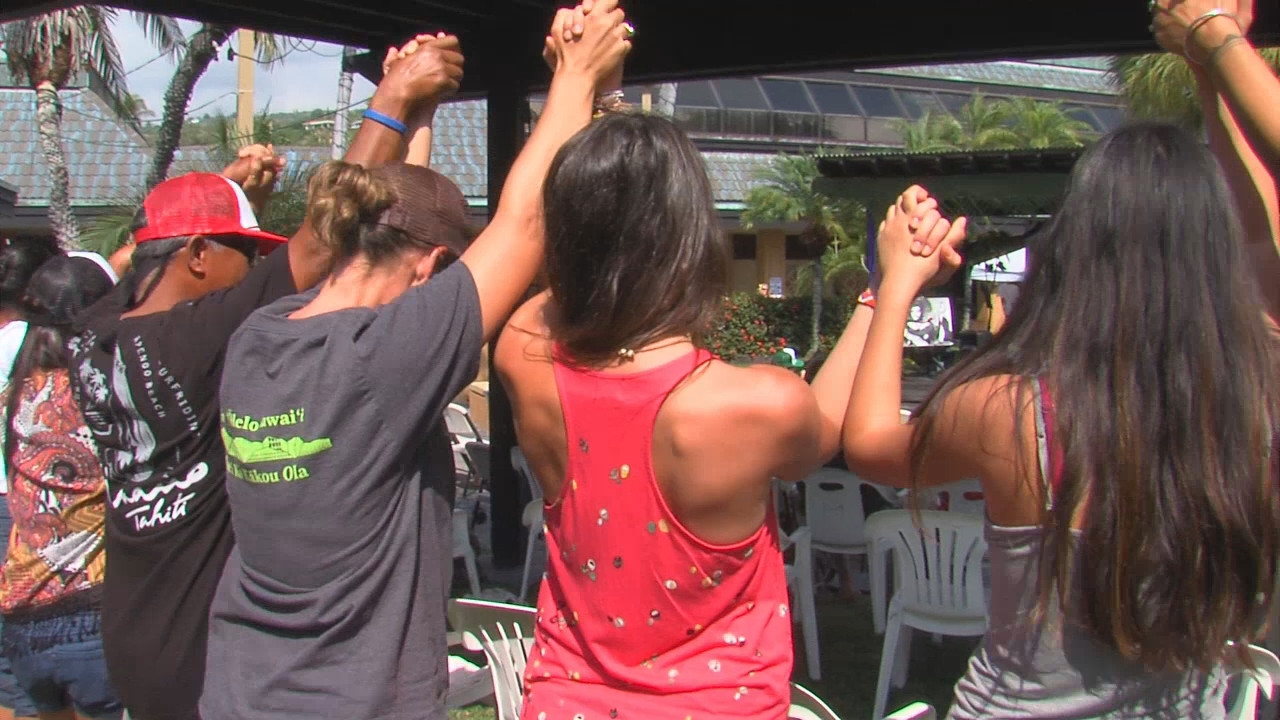 The competition, hosted by Pūnana Leo o Kona, has over 70 registered entrants consisting of both single and group/class entries who will compete in categories of haʻi ʻōlelo (speech), hoʻopaʻanaʻau (memorization), oil (chant), hīmeni (singing) and hula. Entertainers include Raiatea Helm, Kalehua Krug, Kalani Peʻa, Jamaica Osorio, Kaumakaʻiwa Kanakaʻole and more. There will also be over 20 vendors, food booths, demonstrations, raffle giveaways, a silent auction and a keiki playground including keiki bouncers and water slides.

Big Island Video News captured some video (below) at last year’s event, where we interviewed event coordinator Kaho’okahi Kanuha. The following month, Kanuha would take a prominent role on Mauna Kea in opposition to the Thirty Meter Telescope.

This year, Kanuha shares this media release in advance of the Saturday event:

This year marks 120 years since the illegal Republic of Hawaiʻi passed a bill, Act 57, which in section 30 provided that: “ The English language shall be the medium and basis of instruction in all public and private schools, provided that where it is desired that another language shall be taught in addition to the English language, such instruction may be authorized by the Department, either by its rules, the curriculum of the schools, or by direct order in any particular instance. Any schools that shall not conform to the provisions of this section shall not be recognized by the Department.”

Kahoʻokahi Kanuha is the Director and Lead Teacher of Pūnana Leo o Kona as well as the ʻAha Aloha ʻŌlelo Event Coordinator. Kanuha says this legislative act was an attempt by the illegal government to denationalize Hawaiians through Americanization, “The core of a peoples identity is engraved and preserved in their language. They knew that by banning the use of our language amongst children in school they would ultimately, over time, extinguish our identity, our culture, our selves.” Kanuha said many social issues and struggles Hawaiians face today, “from poverty to homelessness to drug use and incarceration to educational struggles and obesity” are the result of a domino effect the loss of the language has caused. “These are not struggles that existed before the loss of our language. I ka ʻōlelo nō ka make.”

It is estimated that in the early 1980ʻs less than 50 children under the age of 18 could speak Hawaiian. This realization that the Hawaiian language would soon be gone is what caused a group of individuals to come together to create the ʻAha Pūnana Leo, a Hawaiian Medium Preschool system across the islands that would nurture a new generation of Hawaiian language speakers. Since the incorporation of ʻAha Pūnana Leo, we have also seen the implementation of the Kula Kaiapuni system as well as advances in the college programs at Hilo, Maui and Mānoa and now at least two new generations of Hawaiian language speakers have emerged and with them have returned many Hawaiian stories, traditions, practices and perspectives that have revitalized the life of Hawaiian people and their future.

Although Hawaiian language speakers are increasing by the year, the language continues to lack governmental support and funding. Those educated in Hawaiian are not provided the same amount of resources, although the program has proven to be more than successful. Hawaiian language programs largely rely on community support and involvement. Kanuha hopes people who come to the event will take the time to listen to the message itʻs presenting and get a better understanding of how the language was nearly lost and why itʻs important to preserve it. “I ka ʻōlelo nō ke ola. By restoring the life of our language we will also restore the life of our people.” 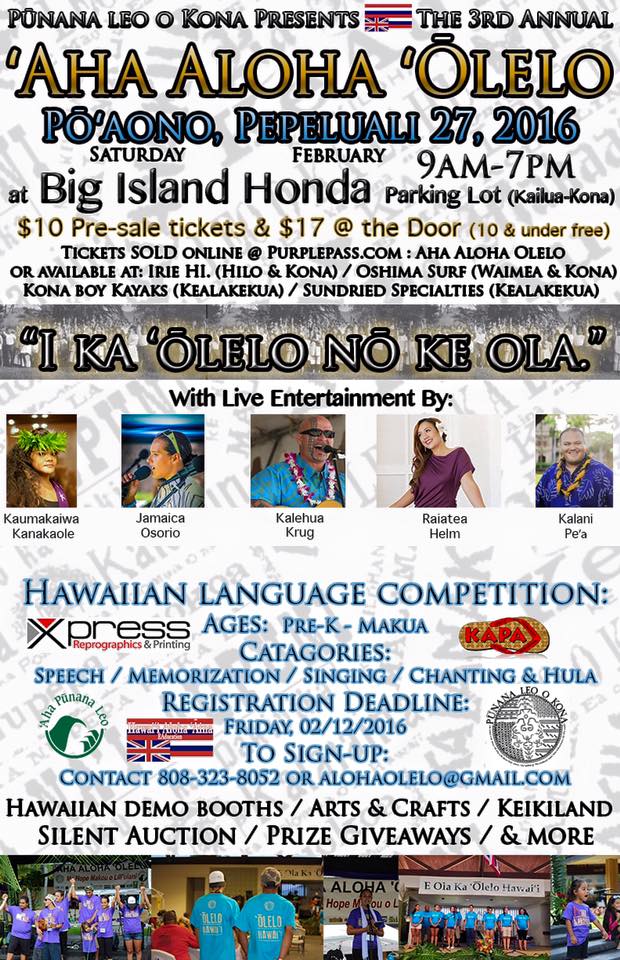