The USGS Hawaiian Volcano Observatory reported Monday morning that the summit lava lake level has risen in the Halema'uma'u crater over the past several days and was intermittently in view from the Jaggar Museum overlook this morning. 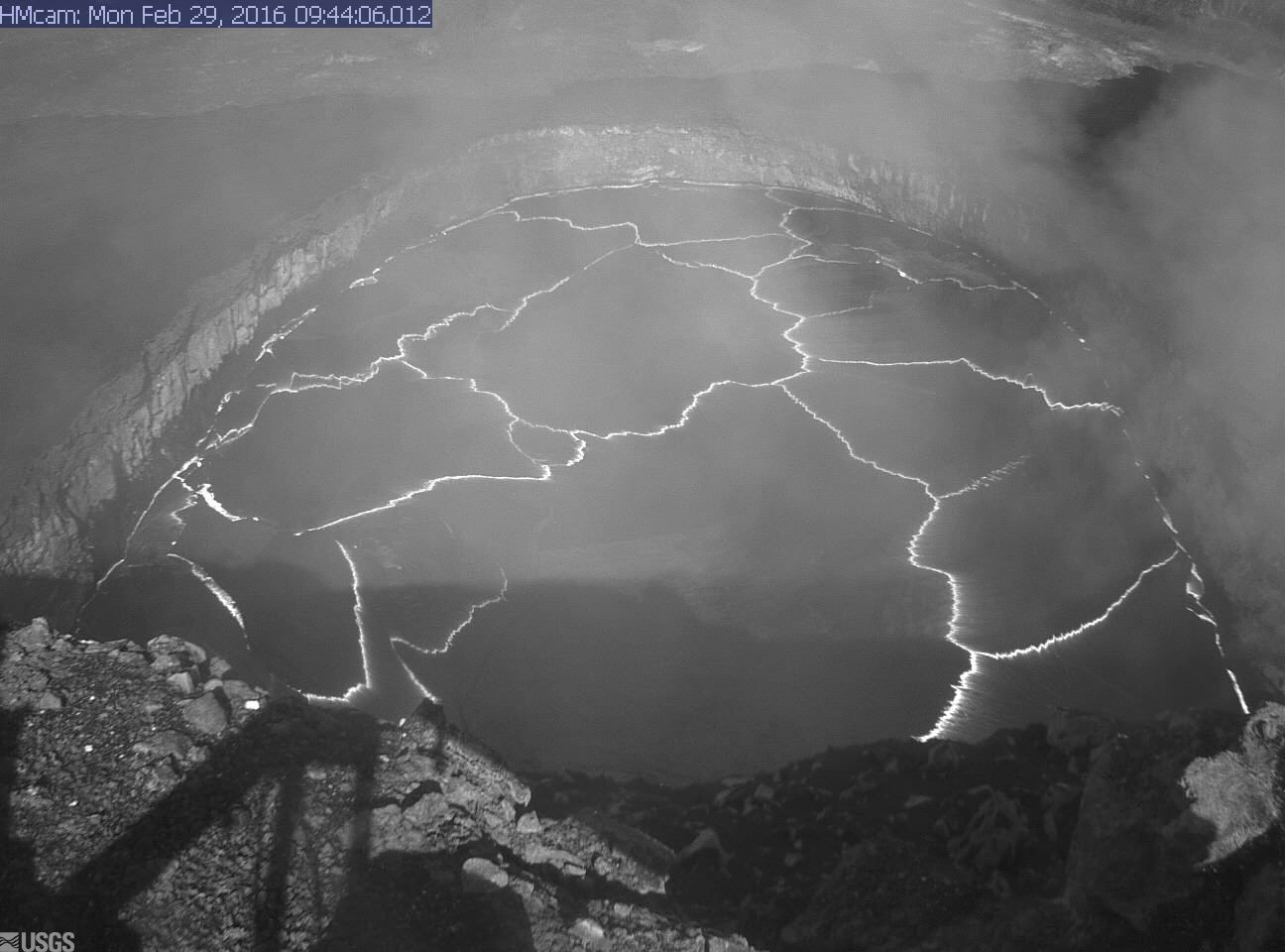 HAWAII VOLCANOES NATIONAL PARK – The lava lake at the summit of Kilauea volcano is currently high enough to be visible from within the National Park.

The USGS Hawaiian Volcano Observatory reported Monday morning that the summit lava lake level has risen in the Halema’uma’u crater over the past several days and was intermittently in view from the Jaggar Museum overlook this morning.

The height of the lava lake was measured at 75 feet below the rim of the Overlook crater, according to scientists who posted an update at 9:02 a.m. on February 29, Leap Year Day.

Its likely the lava lake level will drop back out of sight today, however, as deformation has switched over to a deflationary tilt. The rise in the lava lake usually corresponds with an inflationary tilt, which has been underway for the past two days until just before sunrise this morning, USGS says.

“Inflationary tilt continued for most of yesterday,” USGS wrote on Monday, “until about 3:30 AM HST, when it transitioned to deflationary. Rates of seismicity continue at normal levels, with periods of increased tremor associated with spattering within the Overlook vent. The sulfur dioxide emission rate was around 3,000 metric tons/day when it was last measured on February 25.” DI (deflation-inflation) events are typical and frequent at the Kilauea summit.

The last (and only) time the summit lava lake was high enough to be seen from the overlook during the present eruption was May 2015. The rare spectacle drew increased crowds to the Hawaii Volcanoes National Park.