UPDATE – Kimo Sutton, co-leader of Team Trump Hawaii, responded to Djou’s letter, telling the Honolulu Civil Beat that, “we are very disappointed in Mr. Djou’s attitude of not wanting a Republican nominee. That would mean that he is supporting Hillary Clinton. With his attude toward attacking Trump, we also never hear his view on his candidate’s trailing the rest of the field — Gov. John Kasich.”

Djou, who currently teaches political science at Hawaii Pacific University, shared an open letter “to Hawaii Republicans on Trump”, the day before the caucus vote in the islands. 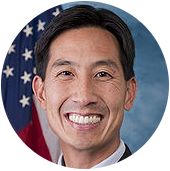 Through my career as a state representative, city councilman and congressman, I have consistently advocated for a responsible and accountable government that cares about individual liberty. I believe government works best when it gets out of the way of individual Americans. Our political institutions function when those in power are checked against one another in a vibrant two-party democracy – something all too often missing in Hawaii politics. Because I believe the beauty of our country comes from individual Americans, not from a regulation or government building, I have voted Republican for President my entire adult life.

Donald Trump’s candidacy, however, is inconsistent with my values and I am unable in good conscience to vote for him. I recognize Mr. Trump has tapped into a legitimate concern in America that too many of our citizens feel ignored by government and left out by the economy. After years of inaction in Obama’s Washington, too many of our fellow citizens are frustrated by our political institutions today. This is a theme that has found rich resonance with so many Americans on the right and left, from Mr. Trump to Vermont Senator Bernie Sanders, a Democratic Socialist. Yet, rather than channel this authentic frustration into a constructive force to better our wonderful nation, Mr. Trump has built his presidential campaign around ugliness and anger.

Equally troubling is Mr. Trump’s approach to governing. I am disappointed in President Obama’s constant application of unconstitutional executive privilege and his preference to divide Americans for partisan political gain. Mr. Trump, however, promises to out-do Obama. I believe America needs a President who respects our nation’s constitution and the separation of powers. But Mr. Trump repeatedly stated that if elected President he will approach the position of Commander-in-Chief as an autocrat that “reigns” with an unmatched disregard for American precedent and practice. His admiration for dictators like Russia’s Vladimir Putin and comfort in quoting despots like Benito Mussolini is utterly disturbing and in discord with our American values.

I believe in limited government. That is why as a conservative, I am disappointed in President Obama and Hillary Clinton’s advocacy for expansion of government into ever more parts of our lives from healthcare to education to trillion dollar stimulus packages. Yet, Mr. Trump promises not to reverse this trend set by President Obama, but to redouble it beyond what Obama or Clinton would ever suggest. At various times Mr. Trump has favored national single-payer healthcare, dramatic increases in taxes and a more expansive government that will use eminent domain for those who are favored and build walls around those who are not. That is exactly why throughout most of his life, Mr. Trump has called himself a Democrat, supported Jimmy Carter and Walter Mondale against Ronald Reagan, and been one of the biggest financial donors to Harry Reid and Nancy Pelosi. No one who sincerely believes in limited responsible government, as I do, should vote for Donald Trump just because he now calls himself a Republican.

I believe in the greatness of America. I believe that our nation’s leaders should focus on the best America has to offer, bring us together as a people, and build us up as a nation. Mr. Trump’s offensive insults, his autocratic approach to governing and inconsistent views on public policy tears apart the amazing things our wonderful country offers not only to our people, but all of humanity.

Here are the state-wide locations for the Hawaii Republican Presidential Caucus on Tuesday March 8 from 6 p.m. to 8 p.m., courtesy gophawaii.com: 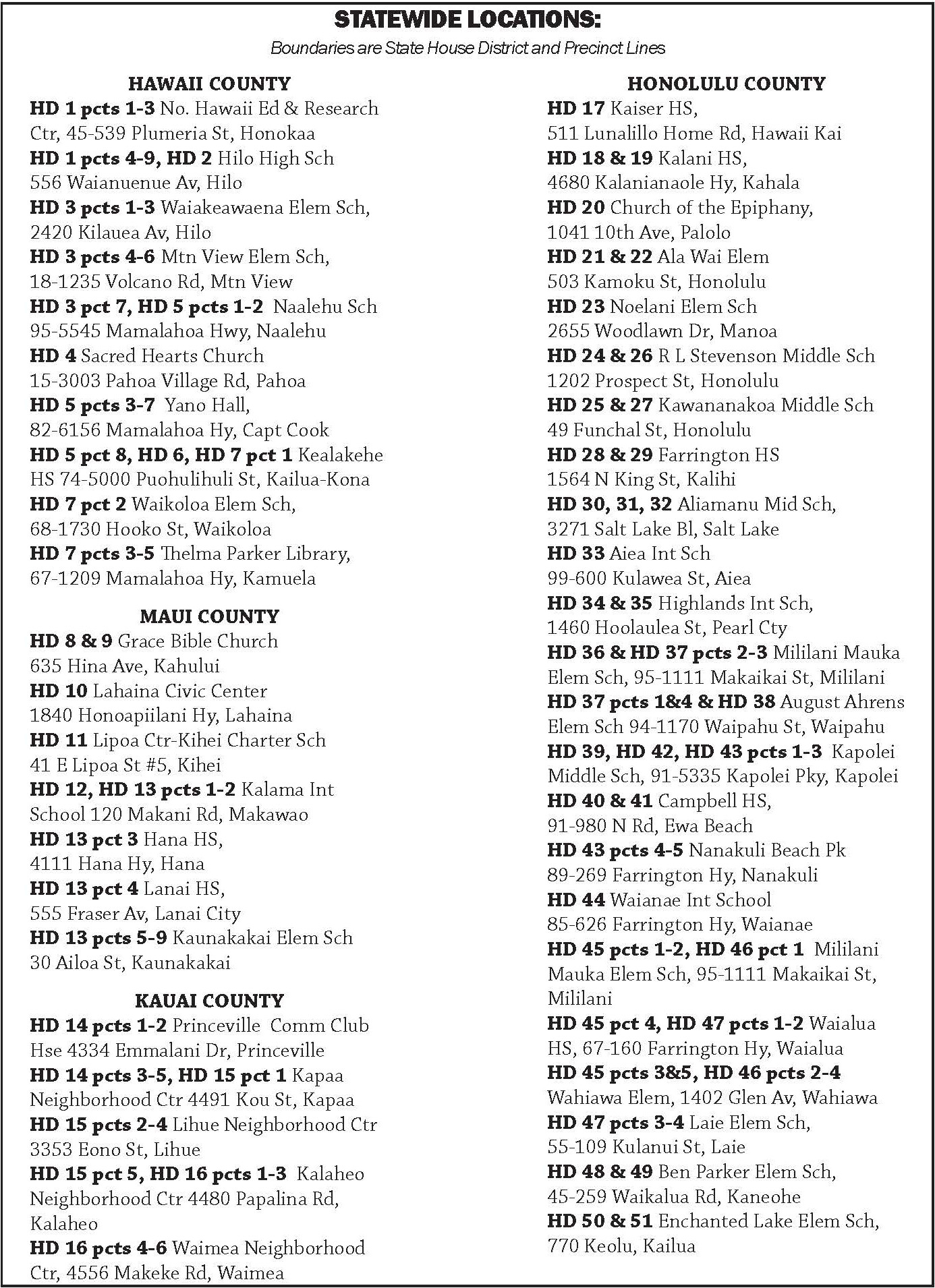 The event is open to all Hawaii voters with photo ID who fill out a Republican party card at the door.