MILOLIʻI - Kai Kahele and Ira Kekaualua fullfill their fathers' dreams to see the Malolo and Nai'a sister canoes restored and returned to their South Kona home.

Once paddled to prestige in the mid-20th century by legendary Hawaiian watermen like Duke Kahanamoku and Rabbit Kekai, the sister wa’a – created from the same koa tree in the 1920’s – fell into disrepair as canoe racing turned to fiberglass. They were given up for lost in the decades that followed. It was by happenstance that the two deteriorating canoes were reunited in Panaewa in 2012. That is when Hilo State Senator Gil Kahele (a Miloliʻi native) and Ira Kekaualua decided to restore the two wa’a simultaneously and return them to Miloliʻi, where the long defunct canoe club was returning to life.

Saturday’s ceremony marked the return of the Malolo and Nai’a. The sons of Ira Kekaualua and the late Gil Kahele, Ira Kekaualua, Jr. and Kaiali’i Kehele, helped paddle the wa’a to the shore of Miloliʻi.

The Malolo will be the Miloliʻi Canoe Clubs’ koa canoe for the 2017 Moku O Hawaiʻi canoe racing season.

In the video above, Kai Kahele and Bill Rosehill share their part of the puzzle that makes up the story of the Malolo and Nai’a. 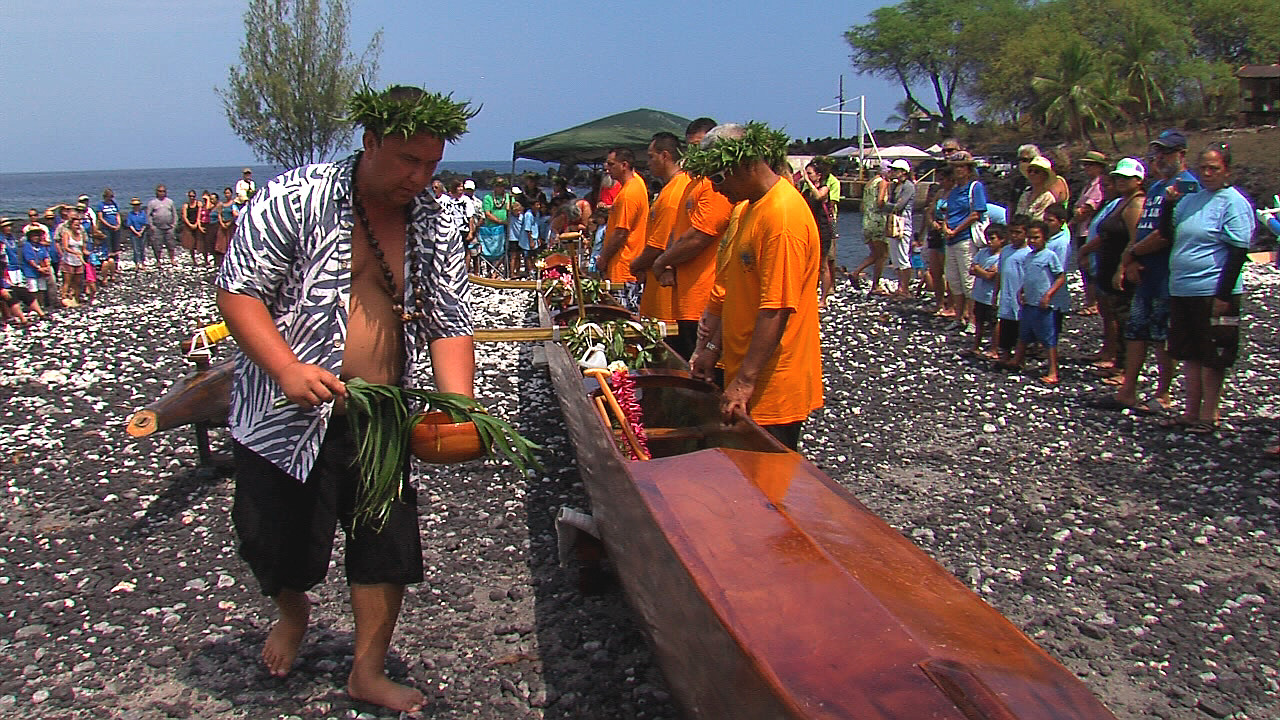