KILAUEA (BIVN) - The lava flow is about to hit the cliff, and is now over 3.2 miles long and moving roughly 330 feet per day. Mick Kalber got some footage from above on Thursday. 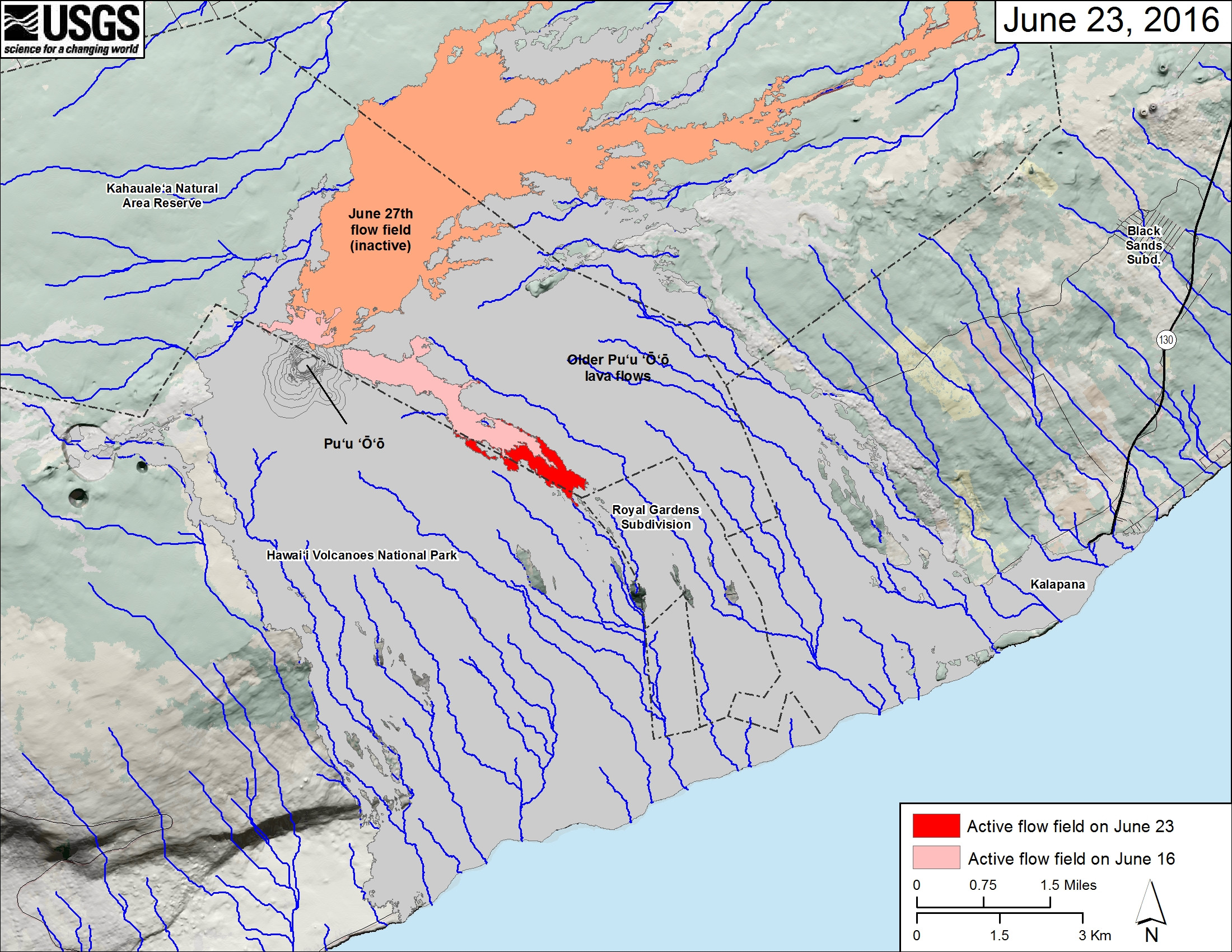 Mick Kalber filmed the lava flow from above aboard a Paradise Helicopter overflight. He says it appears the lava “will most likely begin to descend Pulama pali in the coming week.”

As of June 23, the flow was about 3.2 miles long. Scientists say no lava flows are threatening nearby communities. 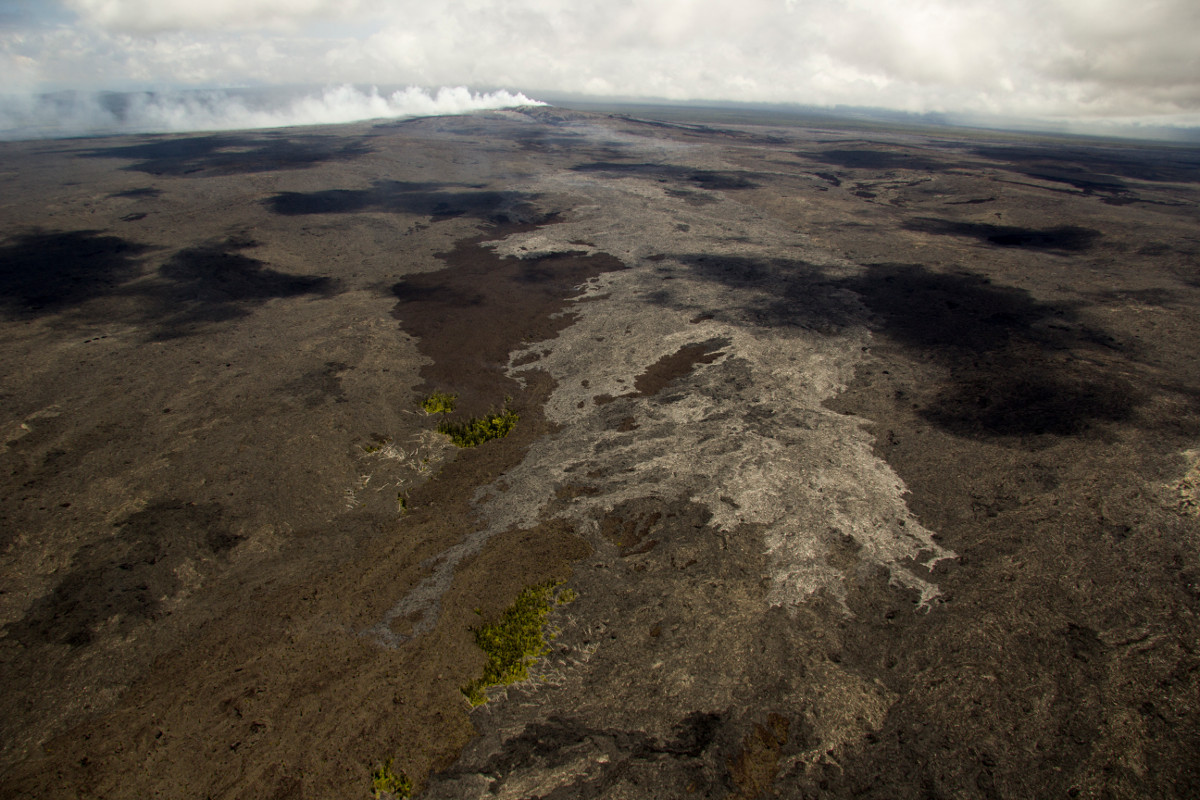 In this USGS photo, the 61g flow is the lighter color area along the center of the image.