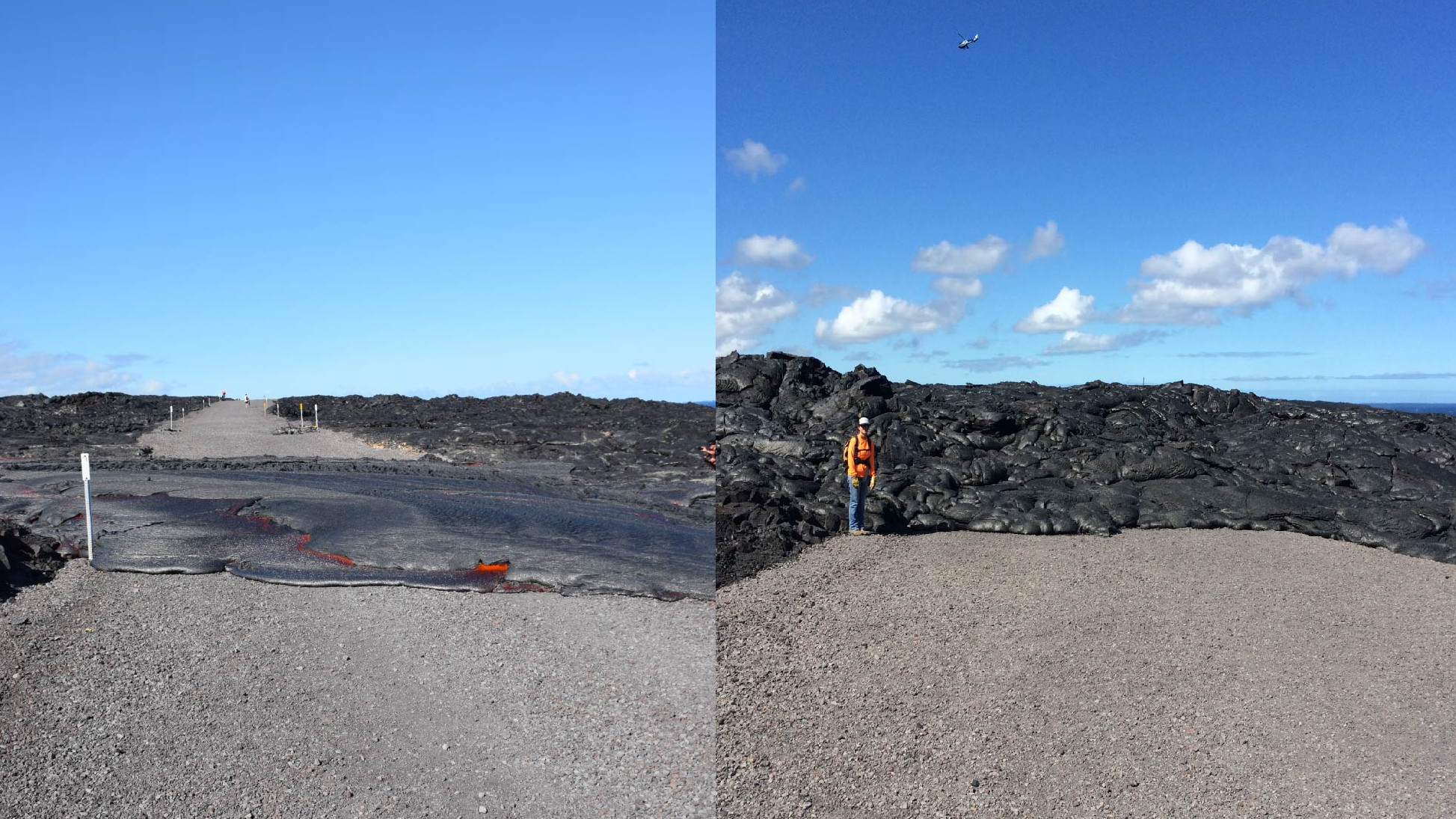 HAWAII VOLCANOES NATIONAL PARK (BIVN) - In just a few weeks, the lava that crossed the emergency road en route to the Kamokuna ocean entry has widened... and grown.

HAWAII VOLCANOES NATIONAL PARK – A new photo taken by scientists with the USGS Hawaiian Volcano Observatory shows how the lava that crossed the emergency road a few weeks ago has already expanded.

The left half of the side by side the comparison, seen in the image above, shows lava from the 61g flow covering the Chain of Craters to Kalapana emergency access road for the first time on July 25. Next to it on the right is a photo taken August 5. An HVO geologist provides scale.

The flow is now approximately 650 feet wide on the road and has inflated to a few meters tall.

Lava continues to flow into the ocean at the Kamokuna ocean entry, where a small delta has formed, USGS reports. 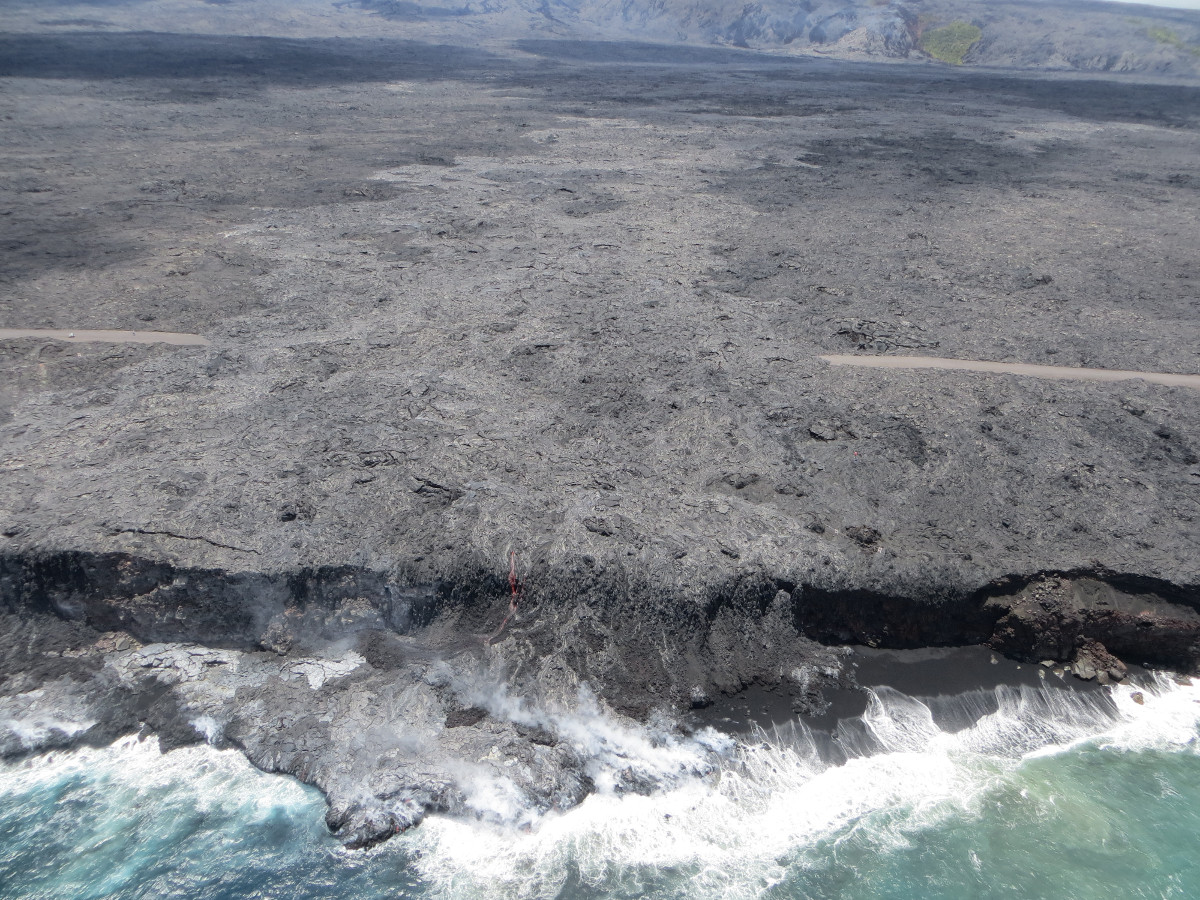