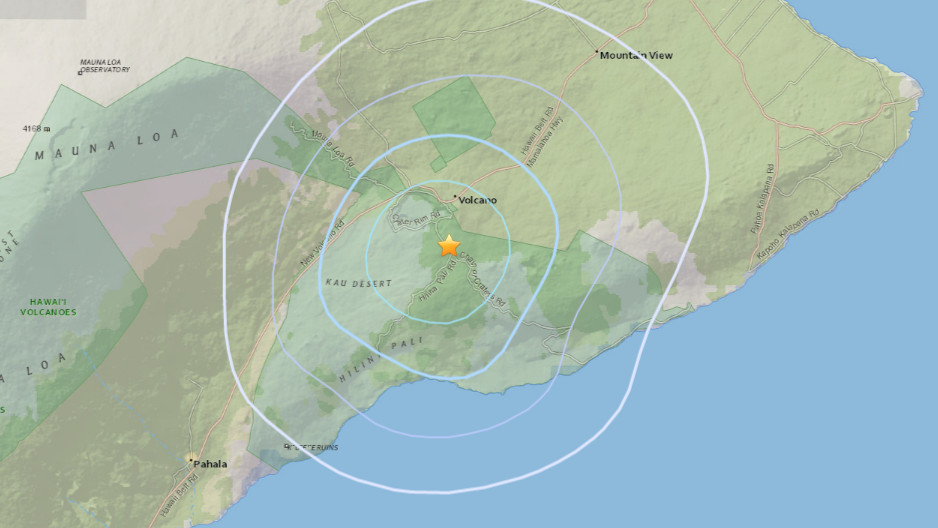 HAWAII VOLCANOES NATIONAL PARK (BIVN) - A magnitude 3.8 earthquake shook 3 miles south of Volcano on Wednesday afternoon. The epicenter was located near the Chain of Craters southeast of the Kilauea summit.

UPDATE (2:15 p.m. HST) – Since we posted this story, there have been a number of smaller earthquakes, including a magnitude 3.5 earthquake that occurred in roughly the same area. 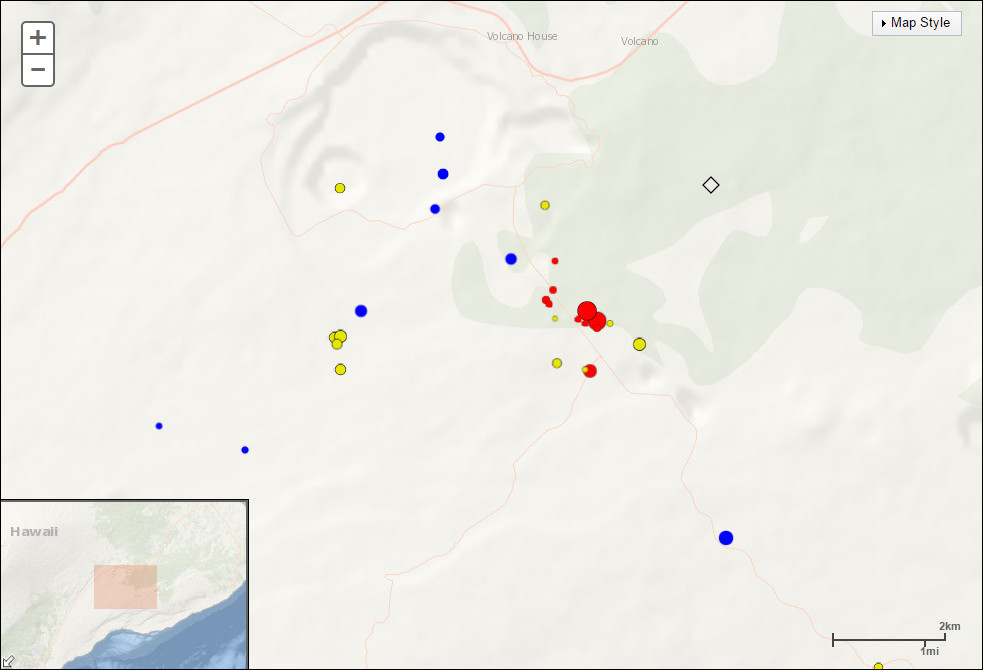 HAWAII VOLCANOES NATIONAL PARK – A magnitude 3.8 earthquake shook 4 miles south of Volcano Village on Wednesday afternoon. The epicenter was located near the Chain of Craters Road southeast of the Kilauea summit inside the Hawaii Volcanoes National Park.

Earlier today, the Kilauea summit lava lake was measured at its highest level since May 2015, scientists reported.

There have been no reports of damage associated with this event, and no damage is expected with a quake of this size. We will update when more information becomes available.