HONOLULU, Hawaii – The growing extinction threat to Hawaiian plants posed by invasive species is featured in an international report of global importance.

The findings were part of the latest update of the IUCN Red List of Threatened Species™ released Sunday at the IUCN World Conservation Congress taking place in Hawaii.

Invasive species such as pigs, goats, rats, slugs, and non-native plants are destroying the native flora in Hawai’i. The latest results show that of the 415 endemic Hawaiian plant species assessed so far for The IUCN Red List (out of ca. 1,093 endemic plant species), 87% are threatened with extinction, including the Endangered ‘Ohe kiko’ola (Polyscias waimeae) – a beautiful flowering tree found only on the island of Kaua’i. Thirty Eight have been listed as Extinct, including the shrubs ‘Oha Wai (Cyanea eleeleensis) and Hibiscadelphus woodii. Four species have been listed as Extinct in the Wild including the Haha (Cyanea superba) last seen in the wild in 2003. Invasive species are the main threat to all of these species, with many being threatened by more than one invasive species. The IUCN Species Survival Commission (SSC) Hawaiian Plant Specialist Group anticipates the remaining species to be assessed will also be highly threatened.

“Hawai’i is an example of nature at its best with spectacular examples of evolution, yet it is facing an uncertain future due to the impact of invasive species – showing how unwittingly, human actions can make nature turn against itself,” says Matt Keir, a member of the IUCN SSC Hawaiian Plant Specialist Group. “What we see happening in Hawaii is foretelling what will happen in other island or contained ecological systems. Hawaii and other nations must take urgent action to stop the spread of invasive species and to protect species with small population sizes”

This new data will be used to influence action such as listing species on the US Endangered Species Act which will assist in securing funding for conservation programs to target and control invasive species, and to fence wild areas to protect them from large mammals. Improved biosecurity to stop invasive species entering the country is essential, according to IUCN experts. 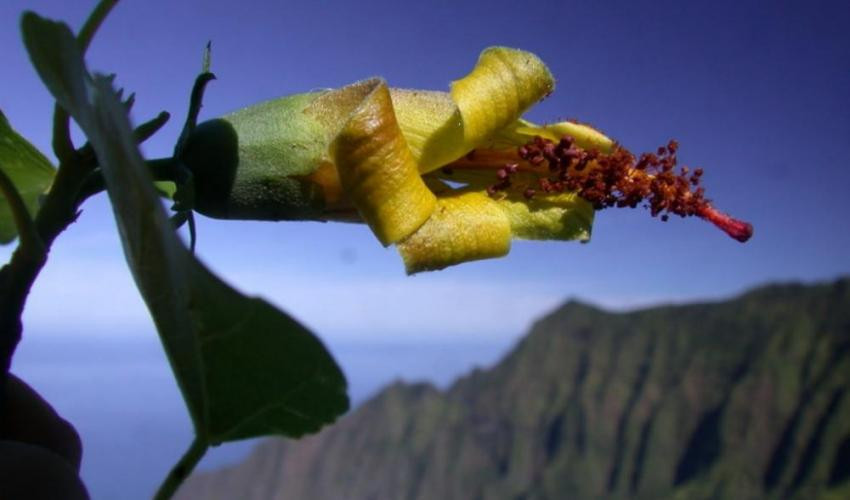 The threat to Hawaiian plants are not the only troubling trend detailed in the Red List update. Four out of six great ape species are now Critically Endangered – only one step away from going extinct – with the remaining two also under considerable threat of extinction.

The Eastern Gorilla (Gorilla beringei) – which is made up of two subspecies – has moved from Endangered to Critically Endangered due to a devastating population decline of more than 70% in 20 years. Its population is now estimated to be fewer than 5,000. Grauer’s Gorilla (G. b. graueri), one subspecies of Eastern Gorilla – has lost 77% of its population since 1994, declining from 16,900 individuals to just 3,800 in 2015. Killing or capture of great apes is illegal; yet hunting represents the greatest threat to Grauer’s Gorillas. The second subspecies of Eastern Gorilla – the Mountain Gorilla (G. b. beringei) –is faring better and has increased in number to around 880 individuals. Four of the six great apes – Eastern Gorilla, Western Gorilla, Bornean Orangutan and Sumatran Orangutan – are now listed as Critically Endangered, whilst the Chimpanzee and Bonobo are listed as Endangered.

“To see the Eastern gorilla – one of our closest cousins – slide towards extinction is truly distressing,” says Inger Andersen, IUCN Director General, in the IUCN media release. “We live in a time of tremendous change and each IUCN Red List update makes us realize just how quickly the global extinction crisis is escalating. Conservation action does work and we have increasing evidence of it. It is our responsibility to enhance our efforts to turn the tide and protect the future of our planet.”

There is some good news. The Giant Panda, previously listed as Endangered, is now listed as Vulnerable, as its population has grown due to effective forest protection and reforestation. The Tibetan Antelope (Pantholops hodgsonii) has also improved, from Endangered to Near Threatened, due to successful conservation actions.

The International Union for Conservation of Nature says the IUCN Red List of Threatened Species™ (or The IUCN Red List) is “an invaluable resource to guide conservation action and policy decisions. It is a health check for our planet – a Barometer of Life. It is the world’s most comprehensive information source on the global conservation status of plant, animal and fungi species. It is based on an objective system for assessing the risk of extinction of a species should no conservation action be taken.”