MAUNA KEA (BIVN) - During the site visit, the height of the Thirty Meter Telescope was illustrated using a red helium balloon attached to a rope approximately 187 feet long.

MAUNA KEA, Hawaii – A balloon was floated at the planned site of the Thirty Meter Telescope in the summit area of Mauna Kea during a site visit on Monday.

The purpose of the site visit was to allow Hearing Officer Riki May Amano and the participants in the contested case hearing see first-hand the location and observable impact of the TMT project.

The caravan of vehicles drove through the TMT site without stopping. Media travelling with the group was allowed to step out of the car briefly to get record an image of the balloon.

Participant opposed to the TMT, Billy Freitas, shared his thoughts on the balloon afterwards.

We will have much more from this site visit at the tag: Mauna Kea Site Visit 2016 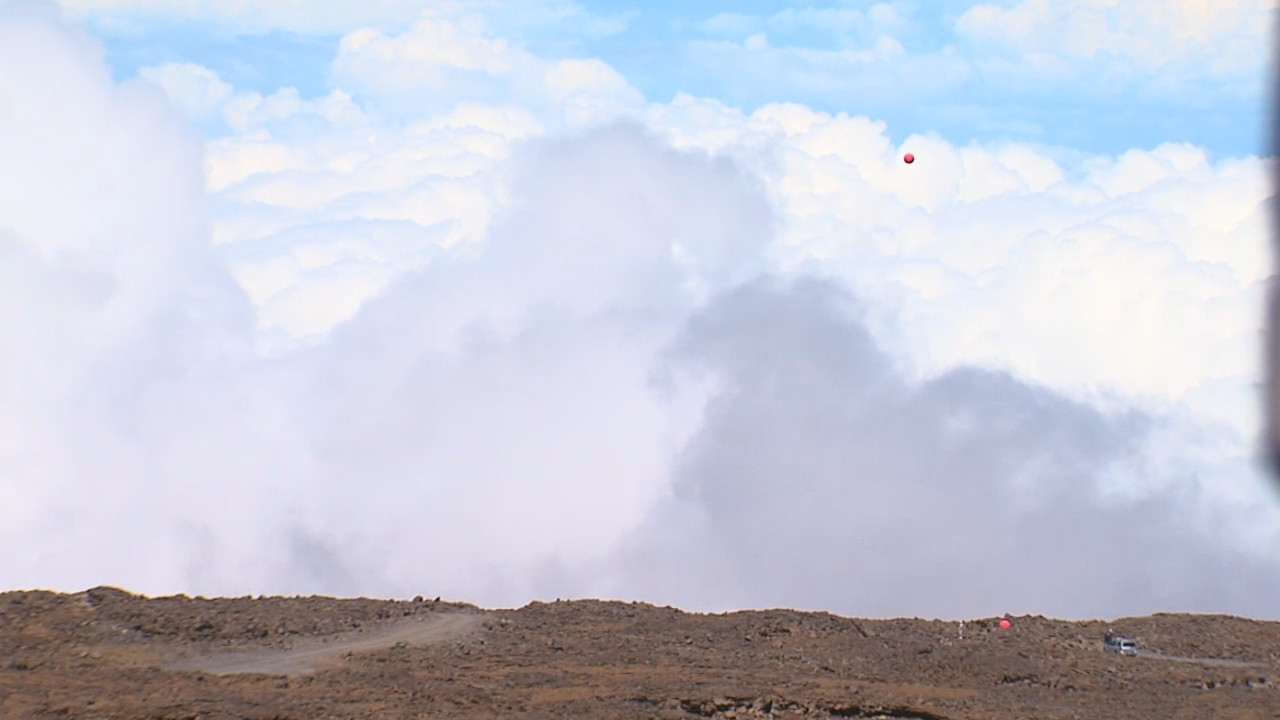 Distant view of the balloon over the northern plateau on Mauna Kea.