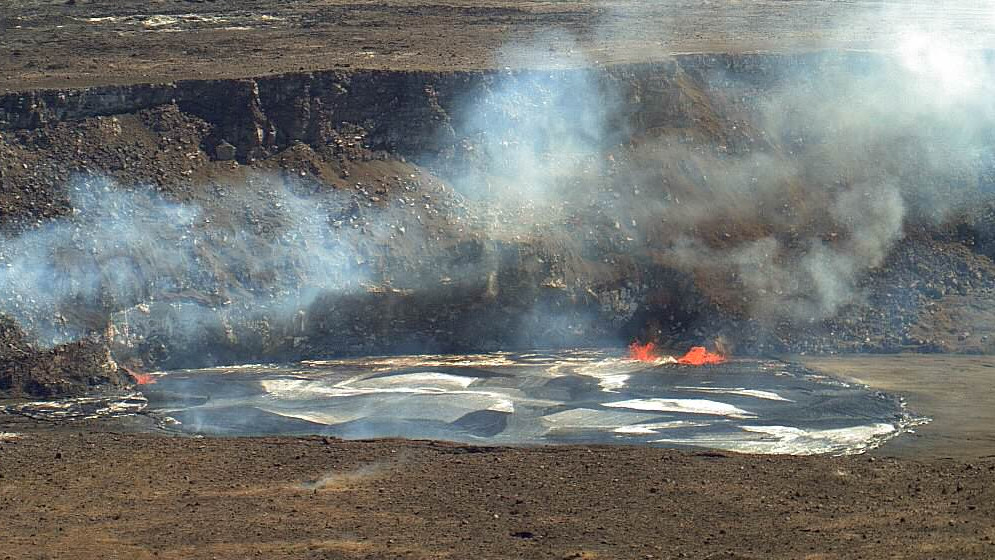 HAWAII VOLCANOES NATIONAL PARK – The lava lake at the summit of Kīlauea volcano overflowed the vent rim this weekend.

On Saturday, October 15, the lava lake rose high enough to create small flow lobes, both east and west, onto the floor of Halemaʻumaʻu Crater between 1 p.m. and 2 p.m., and again at 6:30 p.m., HST.

The USGS Hawaiian Volcano Observatory says that in recent weeks, “the lava lake level has been rising and falling in concert with summit inflation and deflation (DI-events), with the lake surface often in view of Hawaiʻi Volcanoes National Park overlooks. On September 22, the lake level rose to within 10 m (33 ft) of the vent rim, the highest level reached since the previous lake overflow in April-May 2015. Since then, the lake level has risen and fallen with multiple DI-events.”

Saturday’s brief overflow followed summit inflation that began on October 13. Summit deflation occurred soon after the overflow events, coinciding with a drop in the lake level.

As of this morning, October 17, scientists say tiltmeters at Kīlauea’s summit were recording inflationary tilt, and the summit lava lake level was 56 feet below the vent rim. 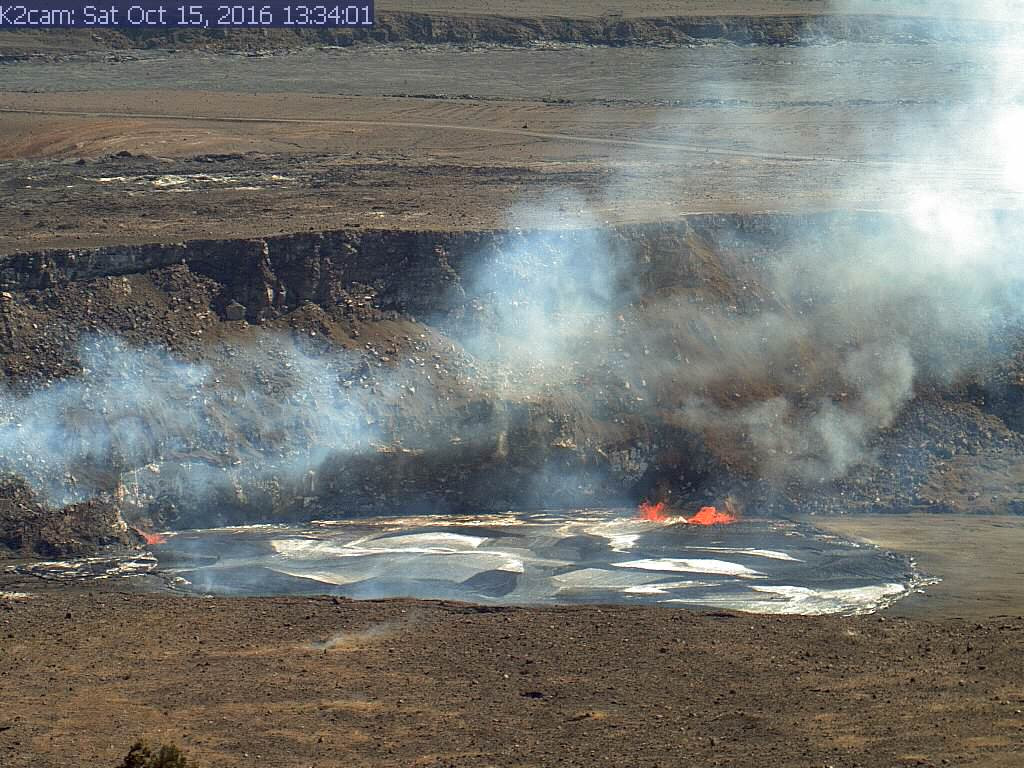 (USGS photo) In this image, captured by HVO’s K2 webcam, you can see small spill-overs (shiny black lava) on the east (far left) and west (right) sides of the vent rim.