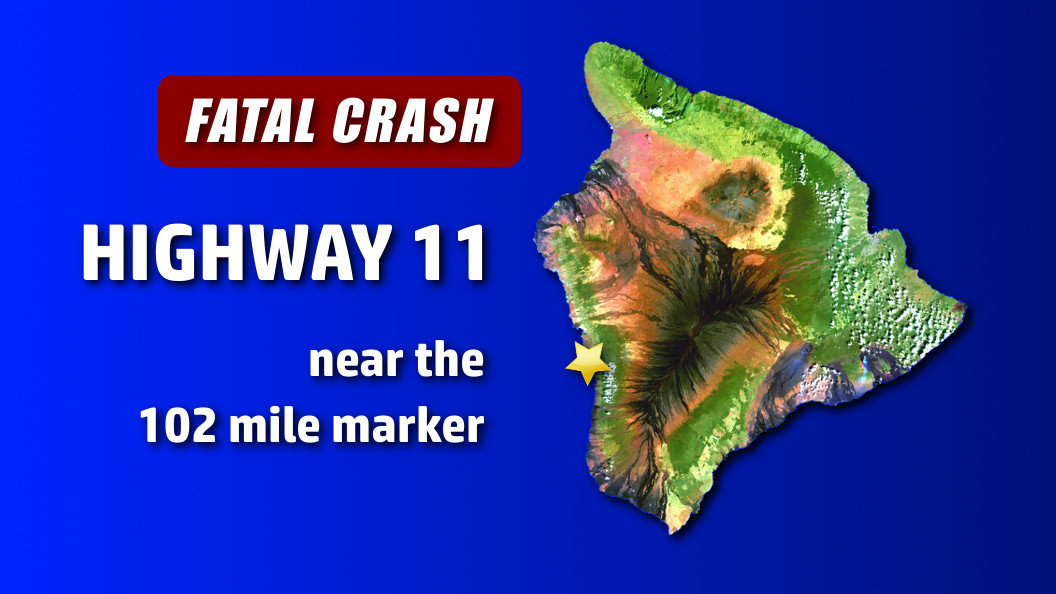 SOUTH KONA (BIVN) - Police have identified the victim in the single-vehicle traffic crash that closed one lane of Highway 11 overnight Tuesday night into Wednesday morning.

The single-vehicle traffic crash near the 102-mile marker claimed the life of Denise Scott of Oceanview, police say.

Police identified Scott in a Wednesday morning media release in which they detailed the incident:

Responding to a 10:16 p.m. call, police determined that Scott had been operating a 2006 Nissan pickup truck, and that she had been traveling south on the Māmālahoa Highway Route 11 just south of the 102-mile marker when she ran off the west shoulder of the roadway and struck a large tree. Scott was taken to Kona Community Hospital where she was pronounced dead at 2:30 a.m. Wednesday (October 26).

Police believe speed and inattention were factors in this crash, but it not immediately known if alcohol was a factor, the release says.

The Traffic Enforcement Unit has initiated a coroner’s inquest investigation. An autopsy has been ordered to determine the exact cause of death. Police ask anyone who witnessed the crash to call Officer Kimo Keliipaakaua at 326-4646, extension 229. Tipsters who prefer to remain anonymous may call Crime Stoppers at 961-8300.

This is the 25th traffic fatality this year compared with 16 at this time last year.