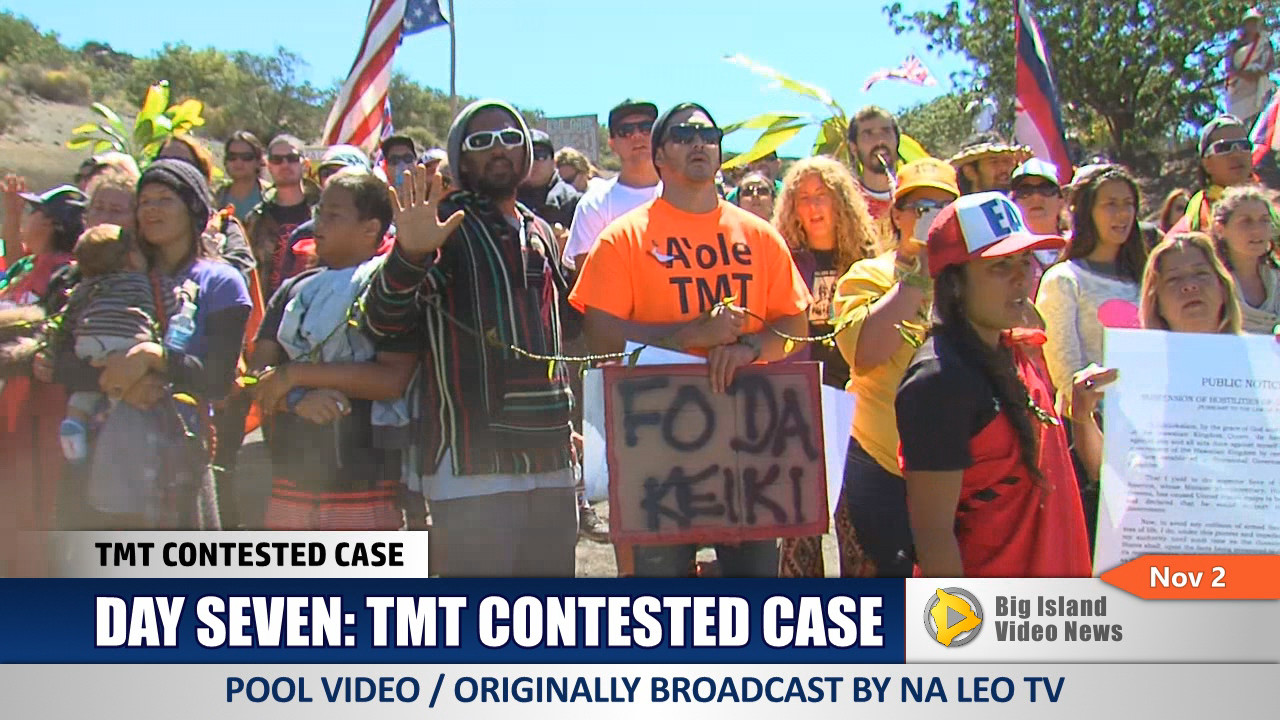 Many of those opposed to the TMT on Hawaii’s mountain have connected with the ongoing events in North Dakota, where thousands have gathered at Sacred Stone Camp in resistance to the oil pipe-line project – including some who participated in the 2015 events on Mauna Kea. In recent weeks, the world has become more familiar with the dispute as well as the images of militarized security and law enforcement attempting to clear out the camp.

Focusing first on last year’s events on Hawaii’s mountain, Kanuha – who has long characterized the standoff he participated in as “the greatest activation, mobilization, and unification of a Hawaiian people since 1897” – asked Baybayan: “Do you believe that the building of the TMT on Mauna Kea is worth many Hawaiians and non-Hawaiians alike getting arrested to protect their sacred Mauna?”

“I believe that people have to stand up for what they believe in,” Baybayan answered. “I believe that if they are arrested then it’s part of the process.”

When Kanuha asked if Baybayan was aware of the situation taking place in Standing Rock, the question drew an objection from UH lawyers who said it was irrelevant. Hearing officer Riki May Amano overruled the objection.

“Do you believe the building of the TMT is worth bringing a Standing Rock-like situation here to Hawaii?” Kanuha asked.

“Yes, I think it is worth it,” Baybayan answered.

Baybayan will now rejoin the Hōkūle’a on the East Coast of the United States.