WAIMEA (BIVN) - Before leaving office, Mayor Billy Kenoi unveils the first phase which includes a covered play court building, a multi‐purpose field with spectator seating and lighting for nighttime use, a playground, and parking. 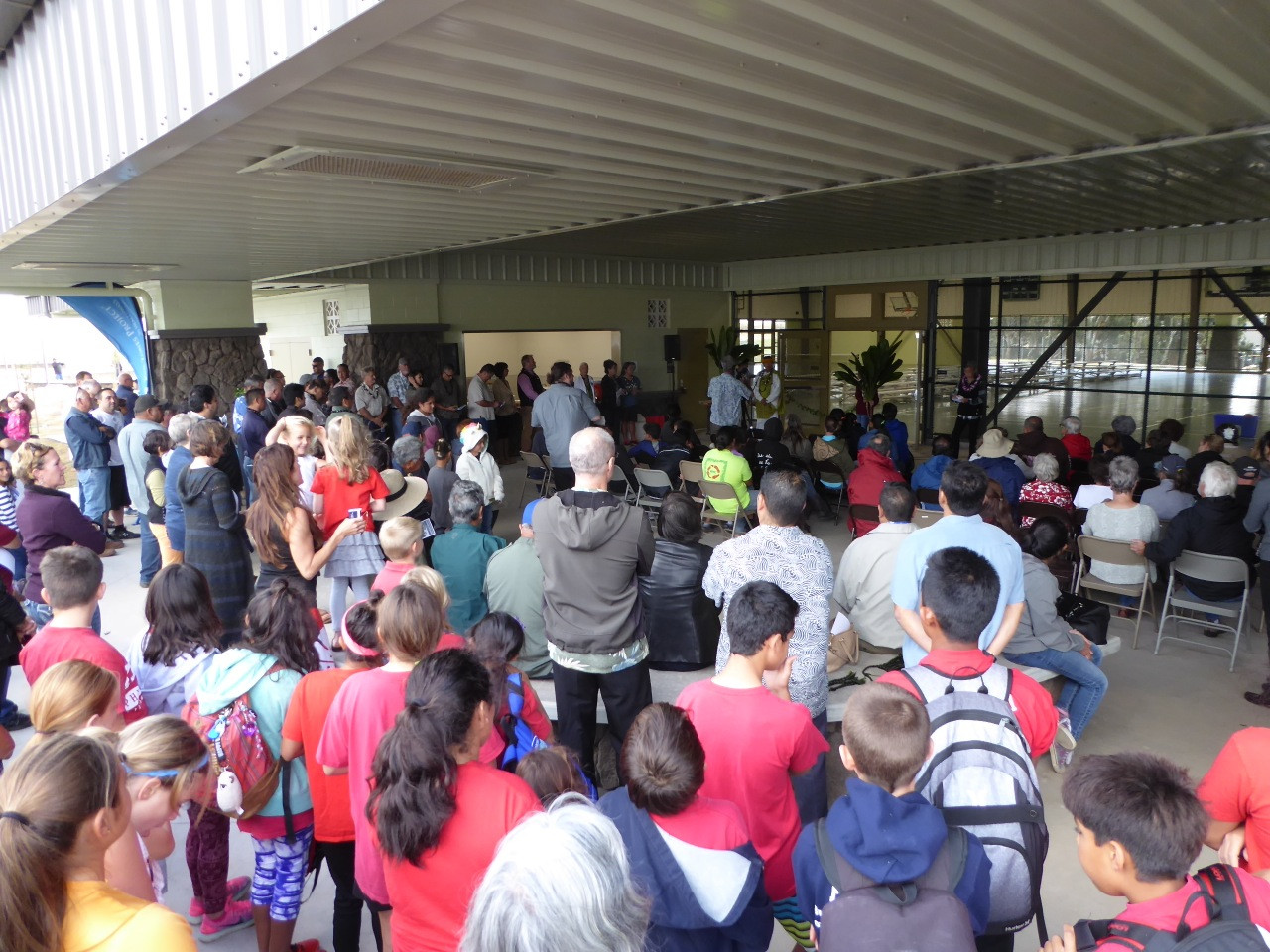 A big crowd gathered for the opening of the Waimea District Park. Image courtesy Visionary Video.

WAIMEA, Hawaii – The first phase of the 24-acre Waimea District Park has been completed, and on Monday afternoon the community celebrated.

Mayor Billy Kenoi, Councilwoman Valerie Poindexter, and Councilman-Elect Tim Richards joined area keiki and kupuna for the untying of the maile lei at the new park, adjacent to the Parker Ranch rodeo arena off Ala ʻŌhiʻa. 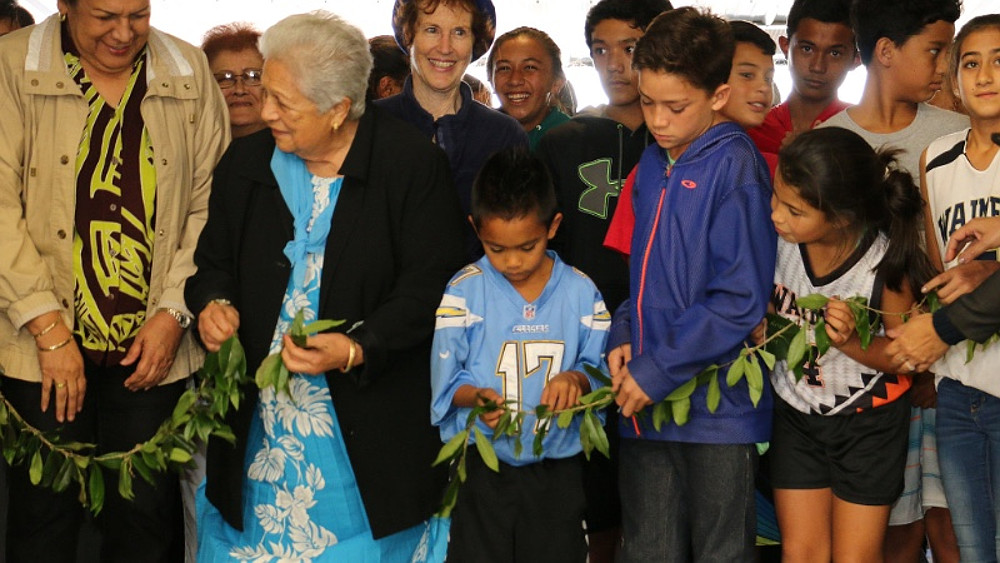 The first phase includes a covered play court building with three courts, a multi‐purpose field with spectator seating and lighting for nighttime use, a playground, and parking.

Land for the project was provided by Parker Ranch to fulfill prior rezoning commitments made to the County. Through the efforts of the Legislature spearheaded by Senator Mālama Solomon, the State provided $5.5 million toward the project. The County provided the remaining $18.5 million of the $24 million project.

Mel Macy of the Waimea District Park Builders, a community group that advocated for the construction of the park, credited Mayor Kenoi with pushing the project to the finish line. “From the time he took office, we had his full support. Not only was he responsible for the majority of the funding, but his get-it-done attitude helped keep things moving forward.”

In the park’s environmental documents, the first phase of the park was contemplated to be completed in 2020. By working in concert with Parker Ranch and the Waimea community, ground was broken for the park in November 2015. General contractor Nan, Inc. and a number of sub-contractors completed the work in a year. 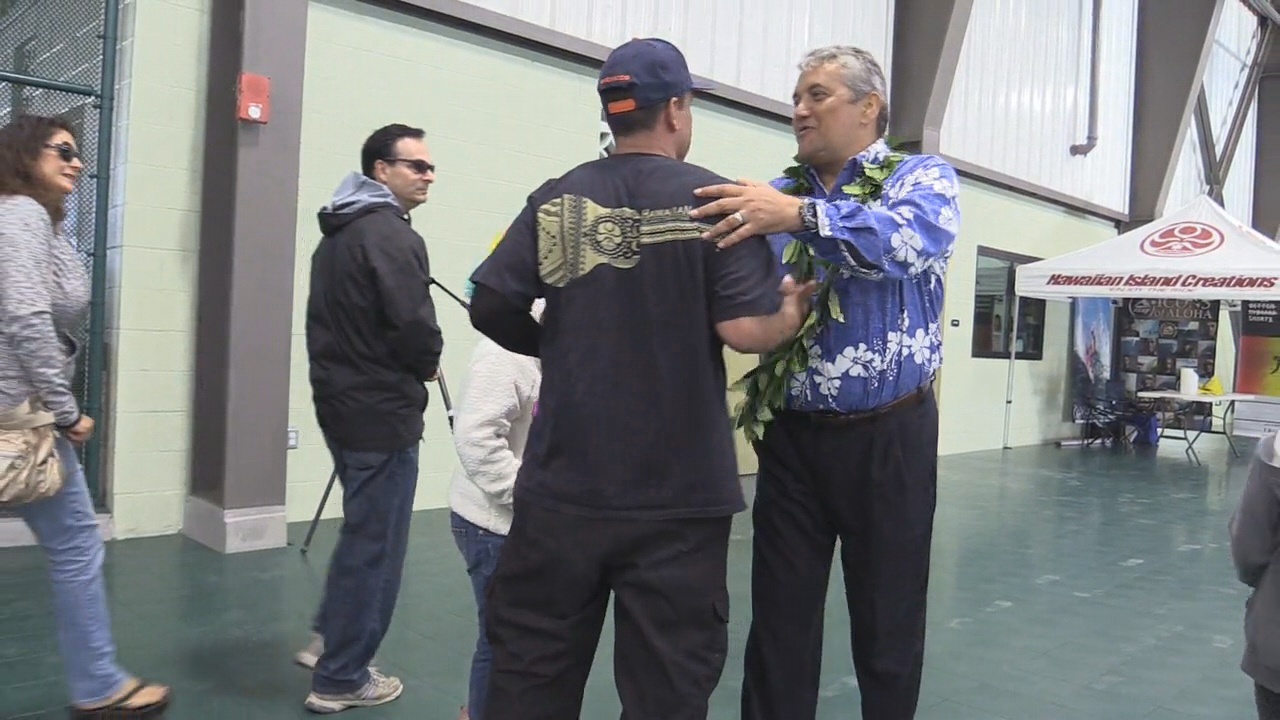 “We all know we live in a special place, and it isn’t just about facilities,” said Mayor Kenoi. “This is for family. This isn’t only for our kids. Our kūpuna will have yoga and Zumba in here. When we adults stand on the sideline to wait for our kids to finish a game or practice, that’s when we strengthen our community.”

The county says phase two plans to include a community center, a comfort station, and a baseball field. 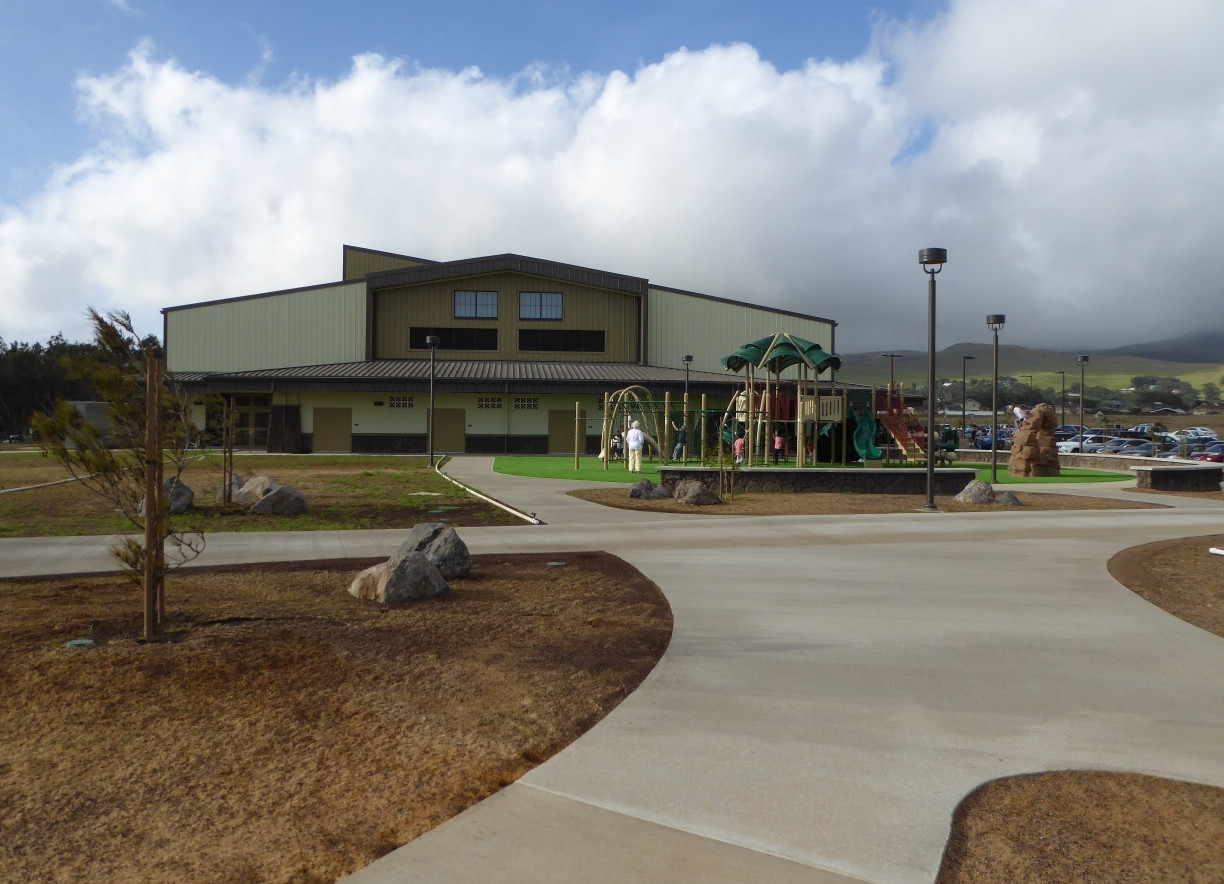