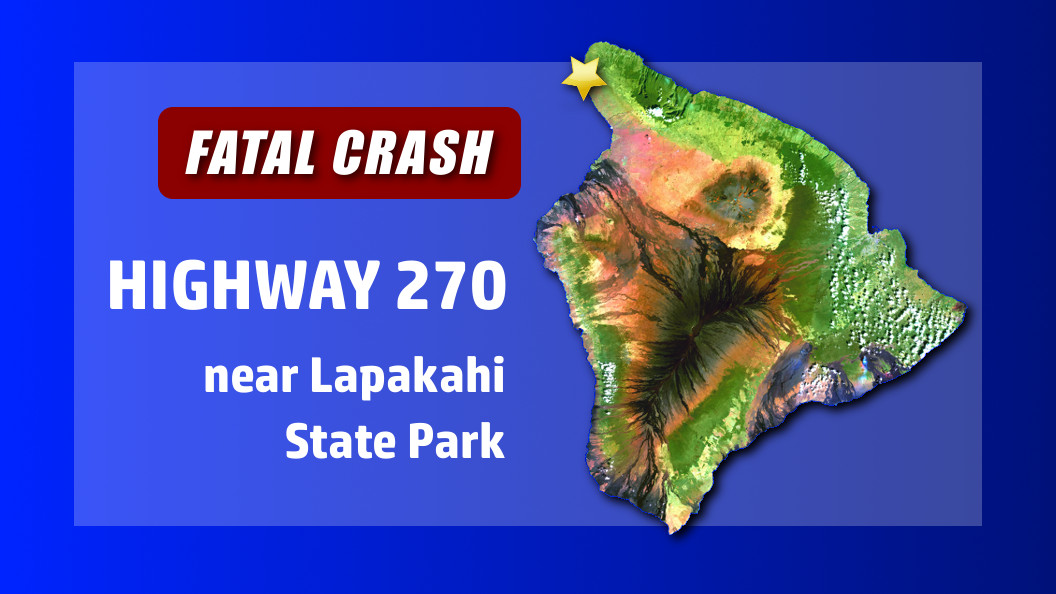 NORTH KOHALA (BIVN) - The fatal head-on collision on Highway 270 near Lapakahi State Park closed the road in both directions for hours overnight.

NORTH KOHALA – One person died and two were injured in a Monday evening crash on Akoni Pule Highway in North Kohala.

The head-on crash resulted in a road closure in both directions on Highway 270 near Lapakahi State Park, which lasted into the early morning hours on Tuesday.

Releasing preliminary information, the Hawaii County Fire Department says 1 adult male and 1 adult female were injured and taken to North Hawaii Community Hospital. One person was dead at the scene.

Police are continuing to investigate the incident.

She was identified as Makaylyn Kalani.

Responding to a 8:40 p.m. call Monday evening, police determined that a 2008 Honda four-door sedan operated by Kalani had been traveling North on Highway 270 near the 13 mile marker when it crossed left of center of the roadway and collided head on with a 2009 Toyota pickup truck that was traveling south.

The occupants of the Toyota, a 24-year-old man and a 19-year-old women, both of Kohala, were taken to the North Hawaiʻi Community Hospital for treatment of their injuries.

Kalani was taken to the Kona Community Hospital, where she was pronounced dead at 1:23 a.m. Tuesday (March 28).

Police believe speed and inattention were factors in the crash.

The Traffic Enforcement Unit has initiated a coroner’s inquest investigation and is asking for anyone who may have witnessed the accident to contact Officer Christopher Kapua-Allison at 326-4646, ext. 229. Tipsters who prefer to remain anonymous may call Crime Stoppers at 961-8300 in Hilo.

This is the 7th traffic fatality this year compared to five at this time last year.