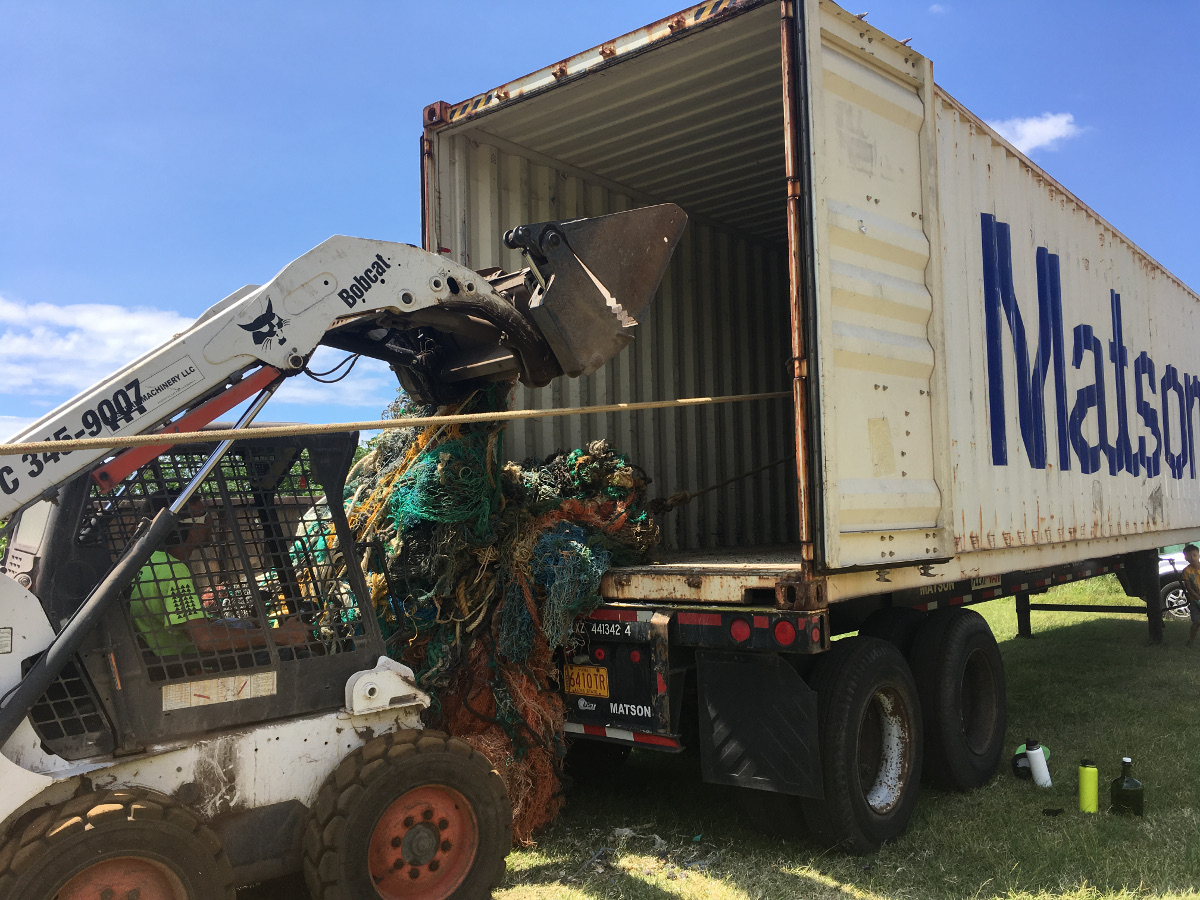 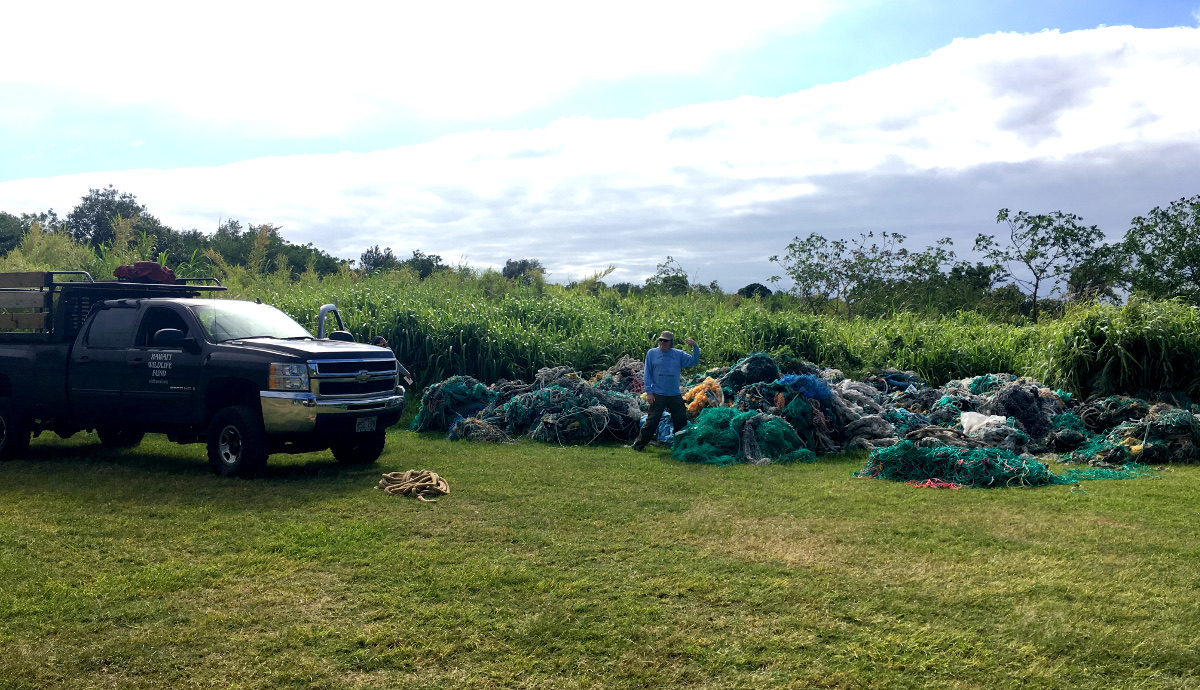 (HWF photo) Net pile with 16 months worth of collection by HWF on Hawai’i Island.

HAWAII ISLAND – The Hawaii Wildlife Fund is sharing the news of its most recent beach cleanup. The organization is also releasing photos of the effort, like the one at the top of the page showing a JD Services LLC tractor operator loading nets into a Matson container. 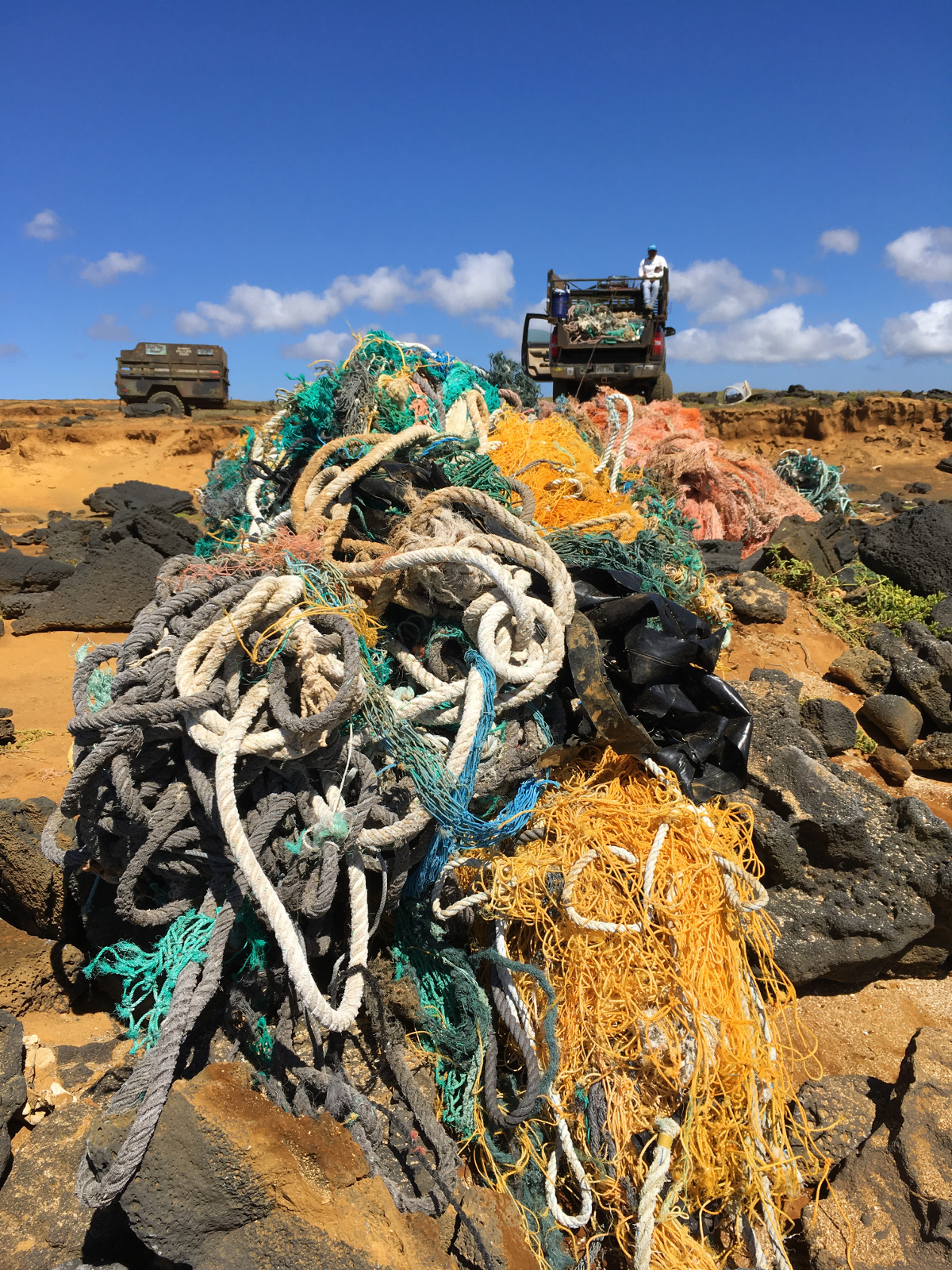 Here is the press release.

Last Saturday, Hawai’i Wildlife Fund (HWF) and 8 volunteers loaded another 15,000 pounds of derelict fishing nets and bundles of line into a 40′ Matson container. This is the 10th container that has been filled by HWF since 2005. HWF saves the nets it collects from marine debris cleanup events along the shoreline for inclusion in NOAA’s “nets to energy” partnership. Hawai’i was the first in the country to have a program like this in which these marine debris items are converted to electricity rather than going into a landfill. Now, many ports around the mainland US have similar strategies for this “fishing for energy” framework.

“This work would not be possible without the hundreds of volunteers who help Hawaii Wildlife Fund with these ocean debris removal efforts every year. In particular, this net loading was made possible due to the generous donation by JD Services, LLC of a tractor and operator for the day, and the County of Hawaii for allowing us to store these nets at the Nā‘āhelu transfer station in between container loads,” said Megan Lamson, HWF Program Director for Hawaii Island.

Here in Hawaii, Matson Navigation provides the 40′ container and free shipping of this type of marine debris from outer islands to O’ahu. Then, Schnitzer Steel, a metal recycling company, cuts the nets into smaller pieces before they are delivered to the Covanta H-power Plant in Kapolei. There, they are burned and converted to electricity for the City and County of Honolulu.

The vast majority of these nets were pulled off the remote and rocky Ka’ū coastline. Six large net bundles (~1,200 lbs) were pulled out of the ocean by boaters in West Hawai’i and dropped off at Honokōhau Harbor earlier in 2017.

Lamson says, “HWF is committed to removing marine debris from along our shorelines and working with local residents, businesses and government representatives to reduce the amount of plastic that finds its way into the ocean. Plastic pollution is a serious problem that now impacts most life forms that live in the ocean or use the ocean as a food source. But, it’s a problem with an obvious solution. We must start reducing our usage of plastics, especially single-use plastics in order to protect the health of the ocean, and the health of the wildlife and people who depend on the ocean – all of us!” 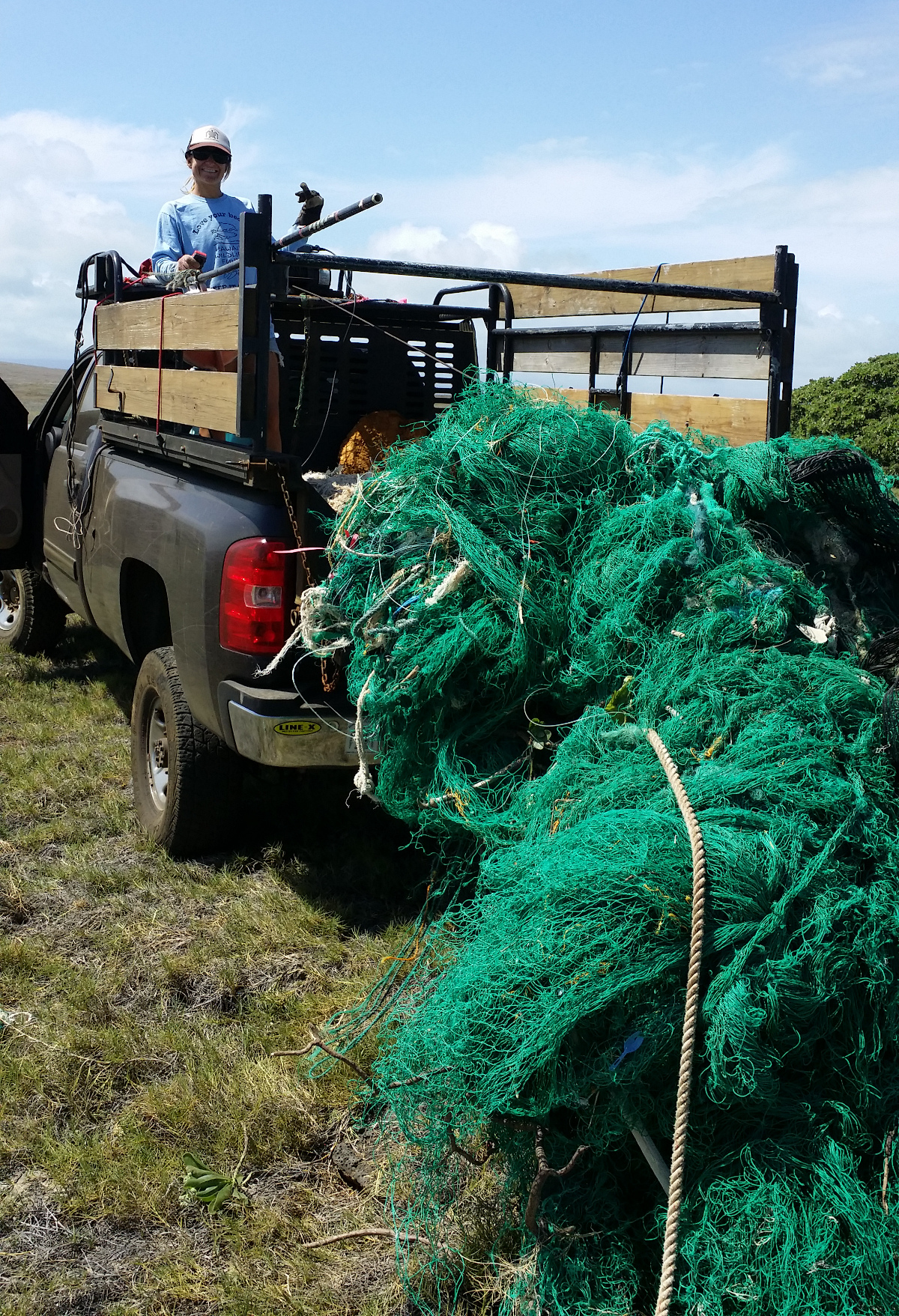