VIDEO: Senator Says Trump Budget “Will Not Be Enacted”

HILO (BIVN) - Hawaii's Democratic Senator Brian Schatz told a crowd at a town hall meeting in Hilo that it is "draconian" to get the needed votes.

Schatz’ statement was applauded at a town hall meeting held at the University of Hawaii Hilo on Tuesday afternoon.

Schatz said that it was a bummer when previous President Barack Obama’s budget “was dead on arrival”, but the truth is any appropriations bill needs 60 votes “which means you need bipartisan support.”

No budget “that does all these draconian things” will get the support it needs to be enacted, Sen. Schatz said. 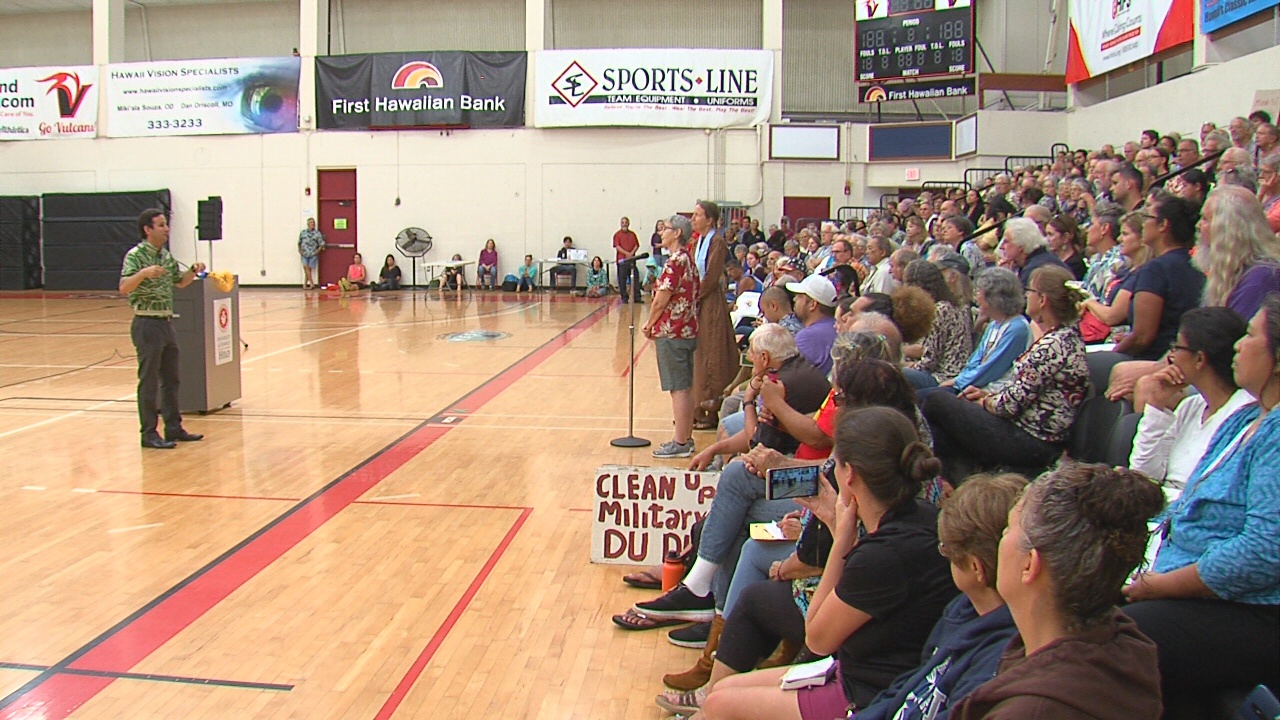 Sen. Schatz speaks to a crowd at the University of Hawaii-Hilo gym on April 18.

Schatz said senate democrats have been very firm in negotiating that for every dollar in defense spending, they want a one dollar increase discretionary domestic spending.

The ongoing budget debate puts the country at risk of another federal government shut down. Schatz says April 28 is when the continuing resolution expires.

“They were going to jam us with all this nasty stuff and dare us to shut the government down,” Schatz said.

However, the GOP failure to repeal Obamacare changed the political climate in Washington, Schatz said, forcing lawmakers to re-calibrate “their appetite for political risk.”

“Now they want to do bipartisan spending bills,” the senator said.

“They hold the Supreme Court, they hold the presidency, and both chambers of Congress,” Schatz said. “So we’re going to lose more than we win. But, we have won a heck of a lot more than I thought we would be winning at this point.”

Big Island Video News will be uploading more video from this town hall meeting throughout the evening.