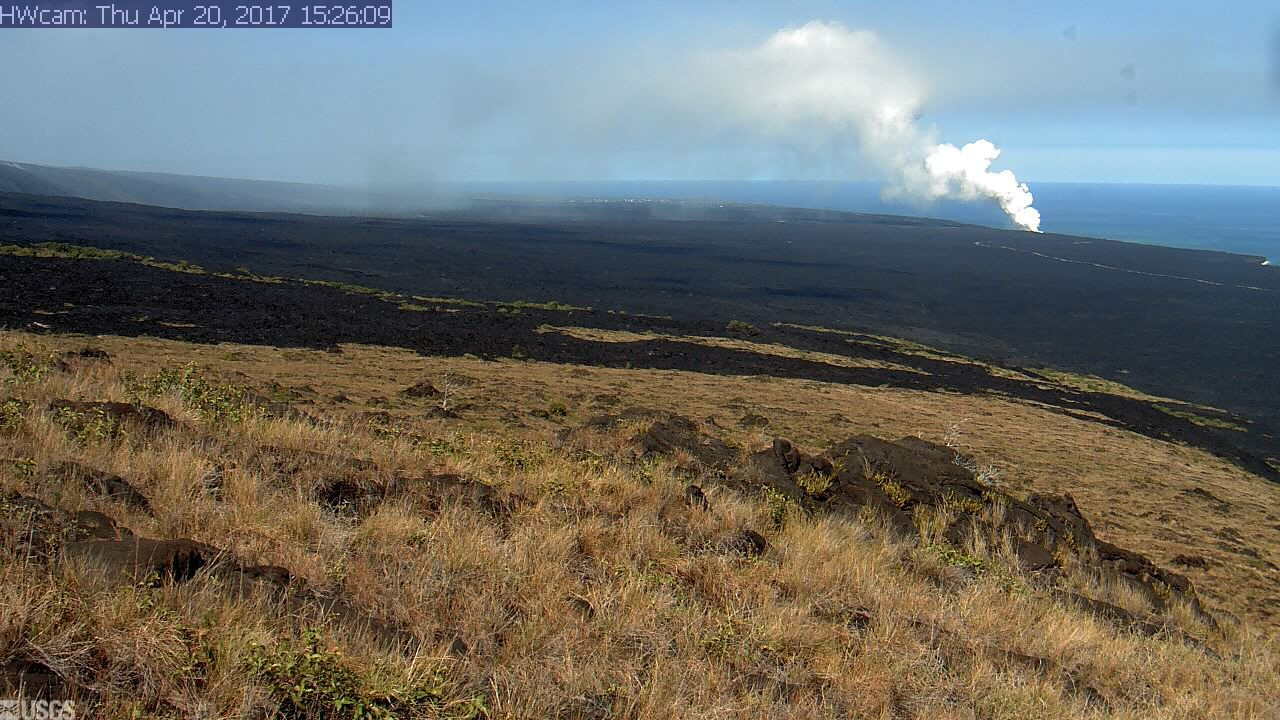 KALAPANA (BIVN) - Hawaii County has closed the Kalapana Lava Viewing and Parking Area for the remainder of today, but the National Park side is open.

KAPALANA, Hawaii – The Hawaii County-run Kalapana Lava Viewing and Parking Area is now closed to the public for the remainder of today due to poor air quality.

Images from USGS Hawaiian Volcano Observatory webcams trained on the Kamokuna ocean entry (above) show the large plume drifting back across the land. 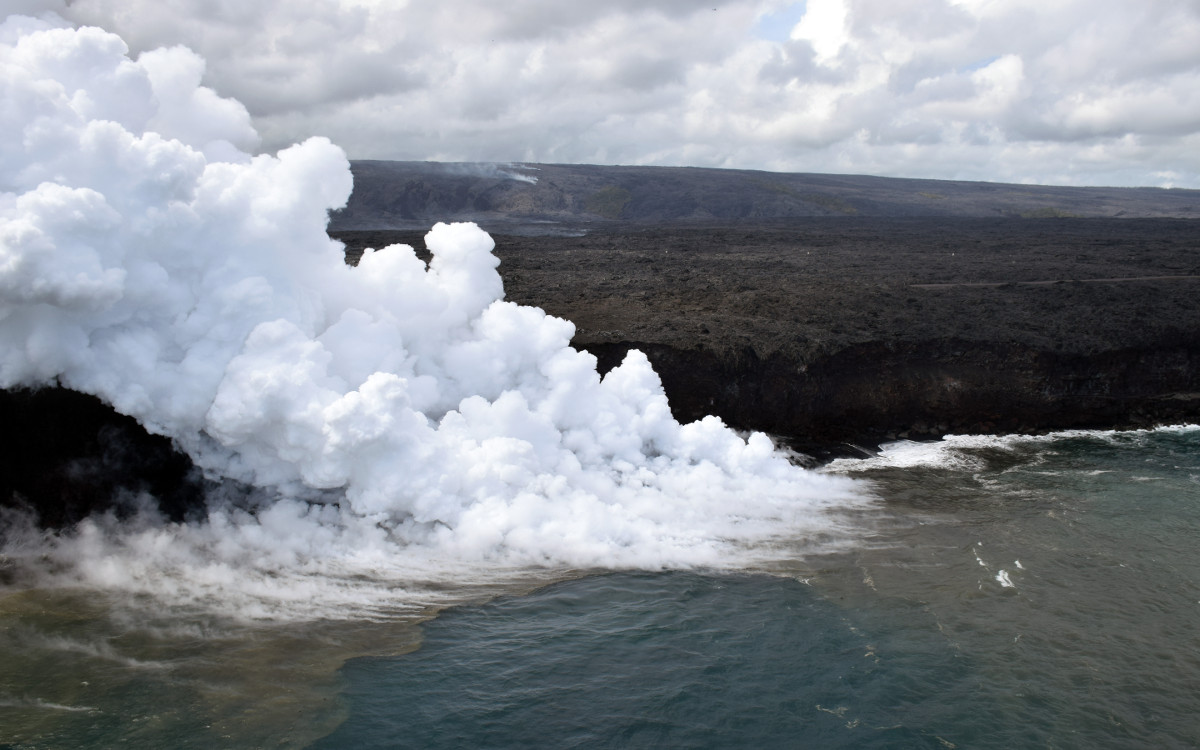 (USGS photo) This photo, taken by scientists on April 10, 2017, shows a billowing white cloud rising from the ocean entry. The cloud “is a corrosive seawater plume laden with hydrochloric acid and fine volcanic particles that can irritate the skin, eyes, and lungs,” USGS says.