HILO - Parts of the Waiakea Peninsula were saturated during high tide early Friday evening, as emergency officials are keeping an eye on the sea level.

(BIVN) – An area of Queen Liliuokalani Gardens Park on Waiakea Peninsula was submerged on Friday as unusually high tides, also known as “King Tides”, were in effect.

The phenomenon drew crowds of onlookers to the popular Hilo park at 4:30 p.m., around the time of high tide.

The King Tides were expected to coincide with dangerous high surf caused by large southerly swells, emergency officials said. “Be aware, due to the king tides and high surf, coastal areas, beaches, low-lying roads, boat ramps and harbors may be dangerously impacted especially during the high tide periods of the afternoon and late evening hours,” the Hawaii County Civil Defense stated in an earlier message. 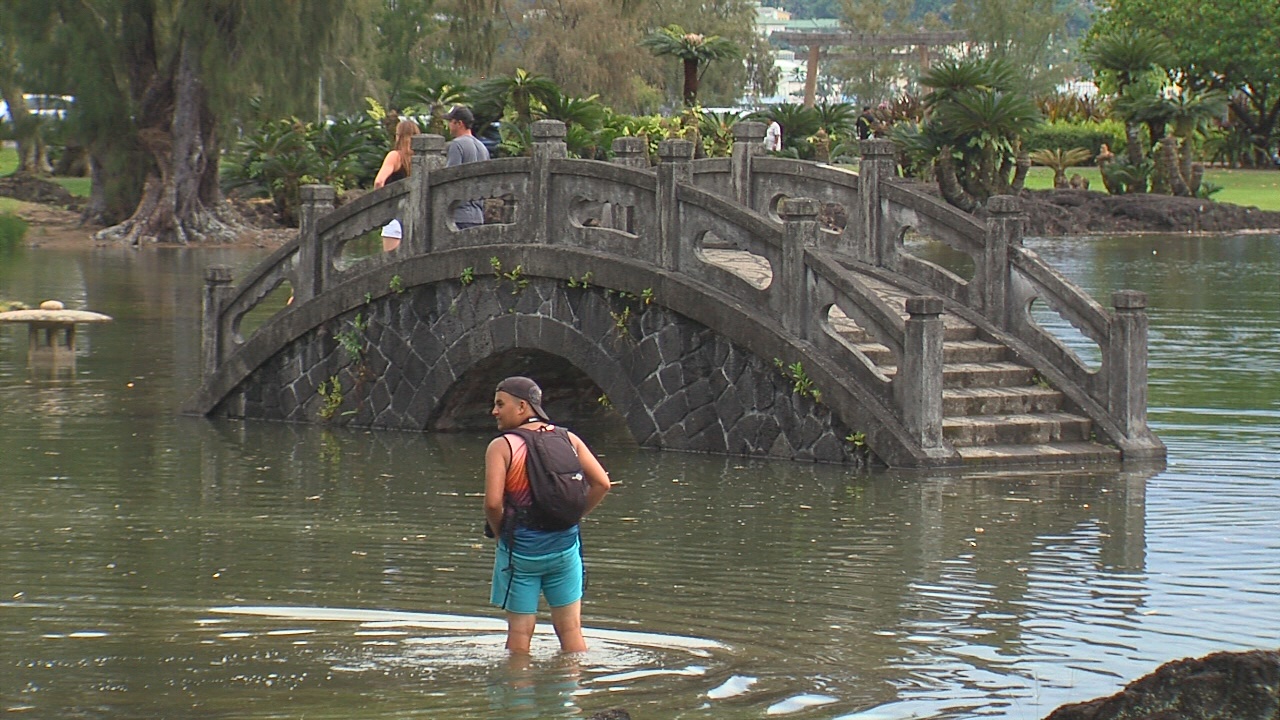 Although the ponds at Queen Liliuokalani Gardens often swell with the tides, the rising sea was apparent elsewhere along Banyan Drive. The waters at Reeds Bay threatened to breach the sidewalk of Banyan Way by the Hilo Seaside.

According to the National Weather Service, “coastal flooding impacts associated with record level King Tides will continue each day along all shores through the Memorial Day weekend. Beaches and shorelines, boat ramps and docks, and vulnerable low-lying roads and structures will be impacted by coastal flooding through the late afternoon and early evening hours.”

Forecasters say the following are the daily forecast tide levels and times for Honolulu which will correspond to coastal flooding impacts. “Be advised that observed tides have been running higher than these values,” the NWS said.