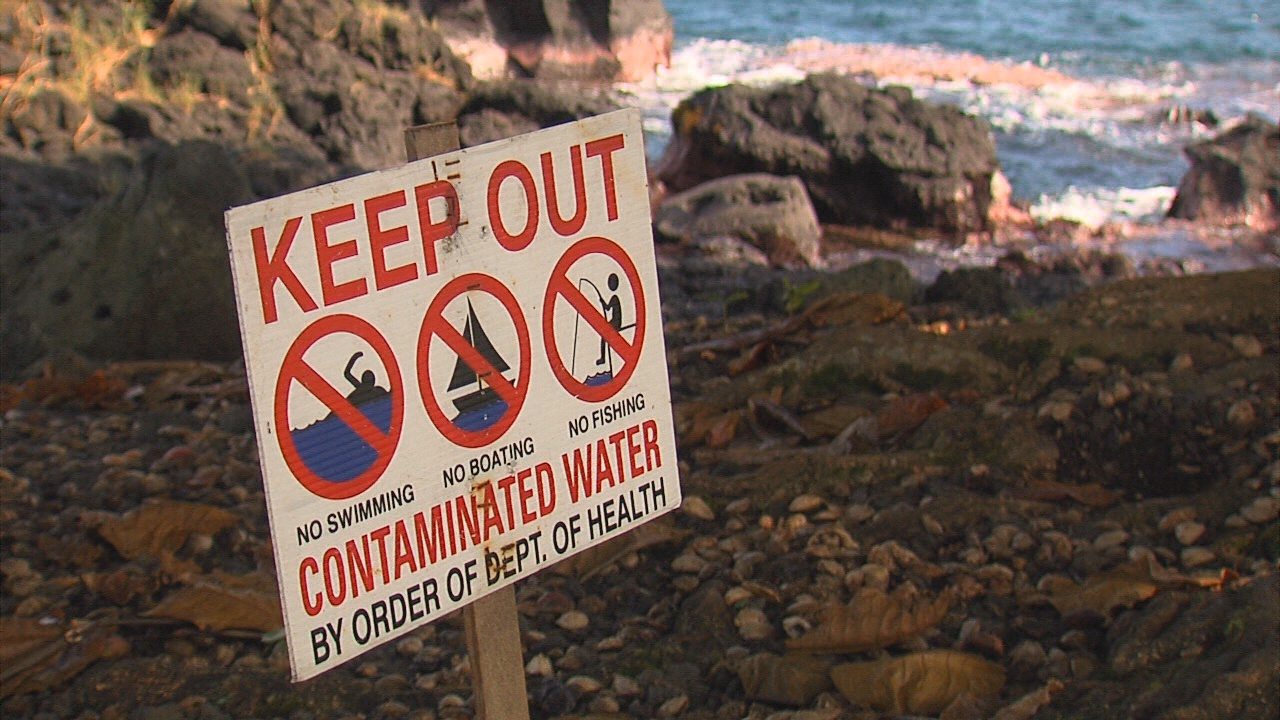 HILO, Hawaii - Warning signs were posted along the Keaukaha shoreline on Tuesday following the discharge of secondary treated and disinfected wastewater near the Pua Sewage Pump Station. 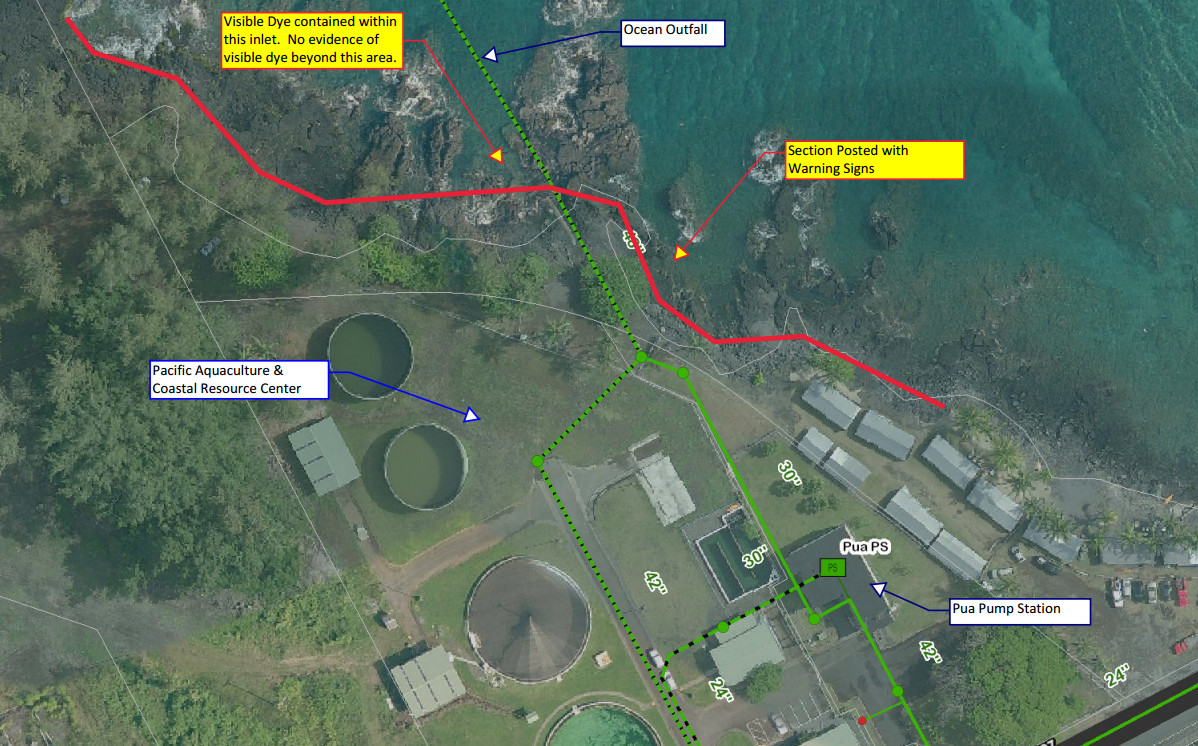 (BIVN) – The cause of a wastewater discharge along the shoreline of Puhi Bay is currently under investigation, county officials say.

The discharge of secondary treated and disinfected wastewater reportedly occurred Tuesday in the vicinity of the Pua Sewage Pump Station and the Pacific Aquaculture & Coastal Resource Center in the Keaukaha area of Hilo.

“The Wastewater Division is performing testing of shoreline waters in the vicinity of the discharge in order to verify that bacteria levels are within acceptable regulatory limits,” a media release stated. “Shoreline testing will continue until authorization is obtained from the State of Hawai`i, Department of Health to remove Warning
Signs posted in the area. The County will be investigating the cause of the current leak.”

The release added that recently, “fourteen (14) joints in the vicinity of shoreline had been repaired, individually tested, and dye tested to verify that the leaks had been repaired. Today’s discharge was discovered during a dye test of the ocean outfall a week later to ensure previously identified leaks on the offshore piping had been satisfactorily repaired.”