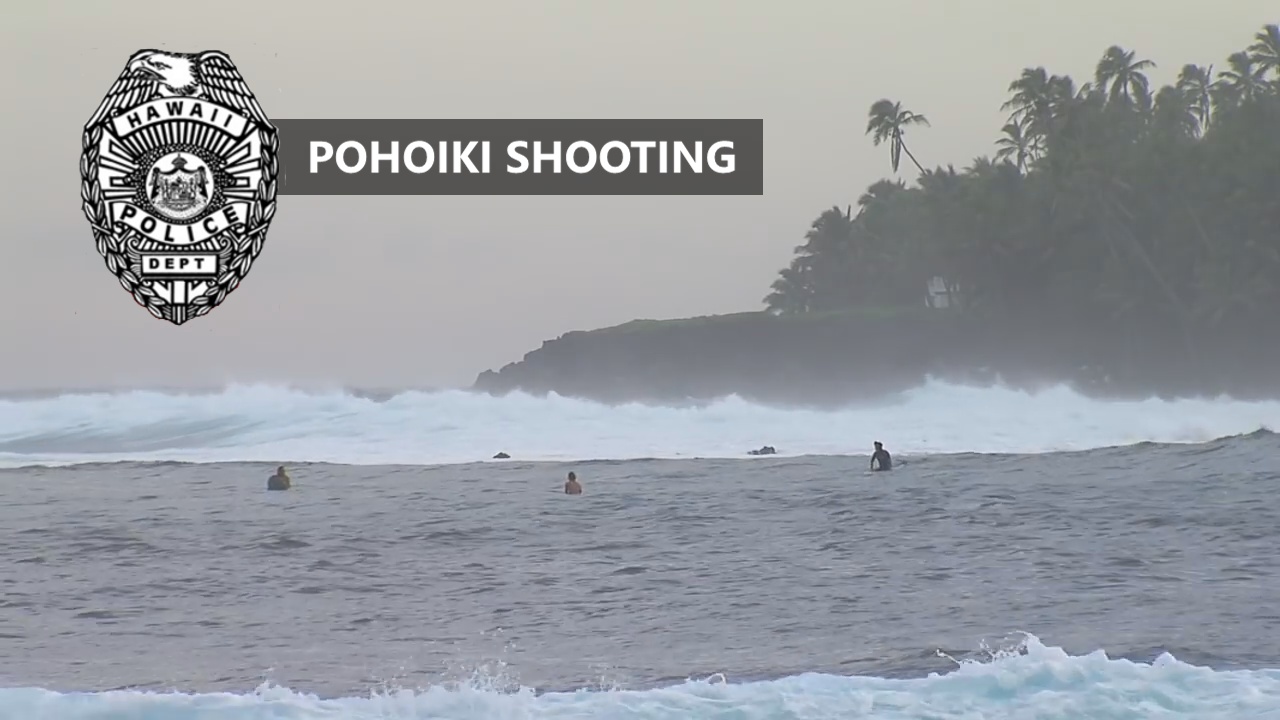 POHOIKI, Hawaii - A Sunday at the Puna beach park is shattered by gunfire. Police report they made an arrest.

UPDATE (5 p.m. on July 31) – Police have arrested another man, 36-year-old Tyson Keola Lewi of Puna, in connection with the ongoing investigation into a shooting incident at Pohoiki on Sunday (July 30).

Police say Lewi was taken into custody without incident at the Pāhoa Police Station. He was arrested for first degree assault and taken to the Hilo cellblock while detectives continue this investigation.

There has been no change in the condition of any of the three victims’ injured in the incident, police say.

Police say investigators are also interested in any video recordings taken relative to the shooting incident.

(BIVN) – Hawaiʻi County Police issued a media release on Monday detailing the Sunday shooting incident at Pohoiki that left the Puna community shaken and social media reeling with accounts of the crime.

Police report they have arrested a 49-year-old Puna man for attempted murder in connection with the shooting incident that left three victims hospitalized.

Police responded to a report of gunshots fired at Isaac Hale Beach Park at 6:21 p.m. July 30.

Investigators determined that there was a confrontation between two groups of people during which multiple gunshots were fired, injuring three Puna men. The three were transported by medics to the Hilo Medical Center. One victim, a 35- year-old man from Pāhoa, was later taken to the Queen’s Medical Center in critical condition. The two other victims, a 25-year-old and a 27- year-old, both men of Mt. View, remain in stable condition.

Witnesses identified Rodney Wilbur Sr., of Mt. View, as the shooter responsible for the 35-year-old victim’s injuries. Wilbur was arrested a short time later after leaving the scene. He is being held at the Hilo cellblock while investigators with the Area I Criminal Investigations Section continue the investigation.

Police closed the intersection of Route 132 and Pohoiki Road after the incident. The road was reopened around 10 p.m., according to alert messages.

Police say that anyone who may have witnessed the incident or have any other information about it is asked to call the Police Department’s non-emergency line at (808) 935-3311 or Detective Scott Amaral of the Area I Criminal Investigation Section at (808) 961-2384 or Scott.Amaral@hawaiicounty.gov.