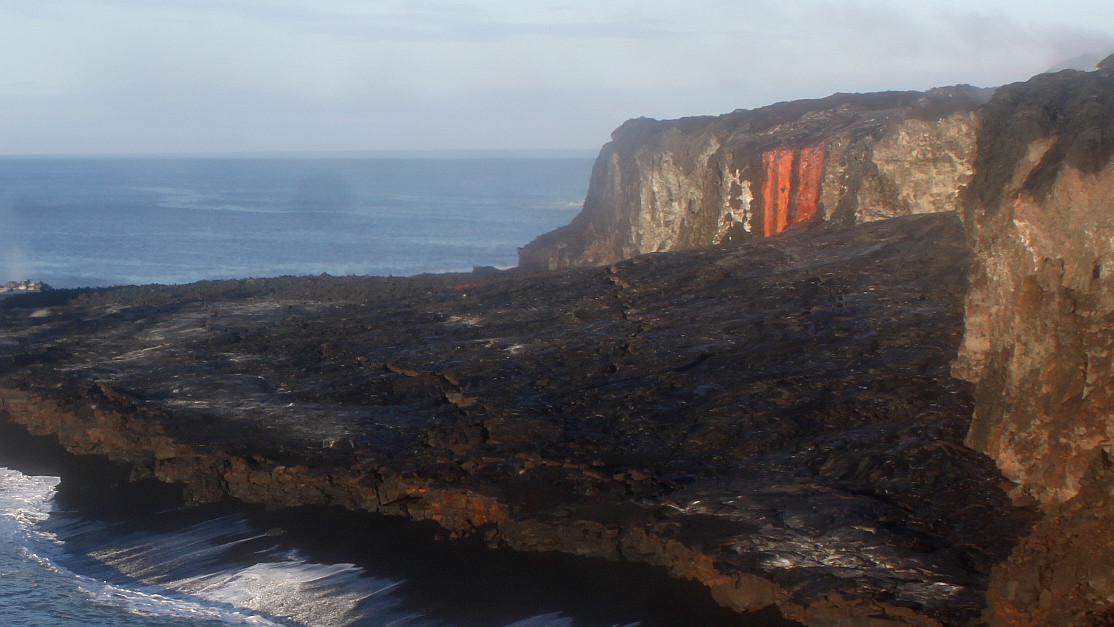 HAWAII VOLCANOES NATIONAL PARK - An lava breakout spilled a'a over the cliff onto the delta below, thrilling sightseers on the morning of August 19. 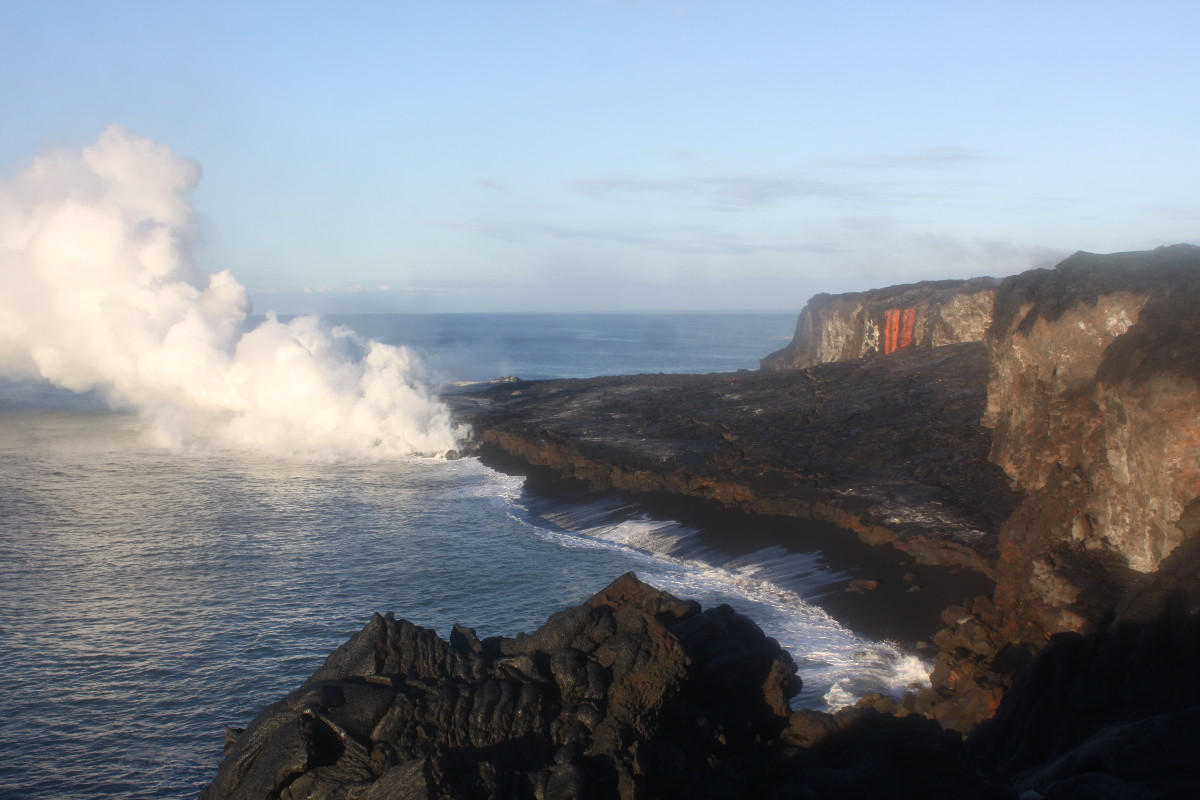 (USGS photo) The photo pictured above was taken at 6:40 am HST, showing the lava fall and some faint activity of the ‘a‘ā flows on the far side of the delta.

(BIVN) – Lava poured over the sea cliff at the Kamokuna Ocean Entry for a little over nine hours on August 19, before the activity ceased.

The Hawaiian Volcano Observatory says the breakout occurred almost 400 ft. up-slope of the ocean entry at 4:10 a.m. HST, and “began to spill over the sea cliff and onto the delta.”

“The lava fall was located to the west of the ramp (tubed-over firehose),” the scientists report, “and produced a small ‘a‘ā flow on the western portion of the delta. This breakout was short-lived and appeared to have died by 1:30 pm HST, lasting about 9.5 hours.”


Kalapana Cultural Tours posted some video of the activity on their Facebook page.

USGS reported at 9:35 p.m. HST on August 19, “there was a large littoral explosion near the front of the delta. Another smaller explosion was seen 5 minutes later. These explosions are typically caused by mixing of cool sea water and hot lava. The August 19 explosions were not followed by obvious delta subsidence or collapse, something we have seen in the past.” 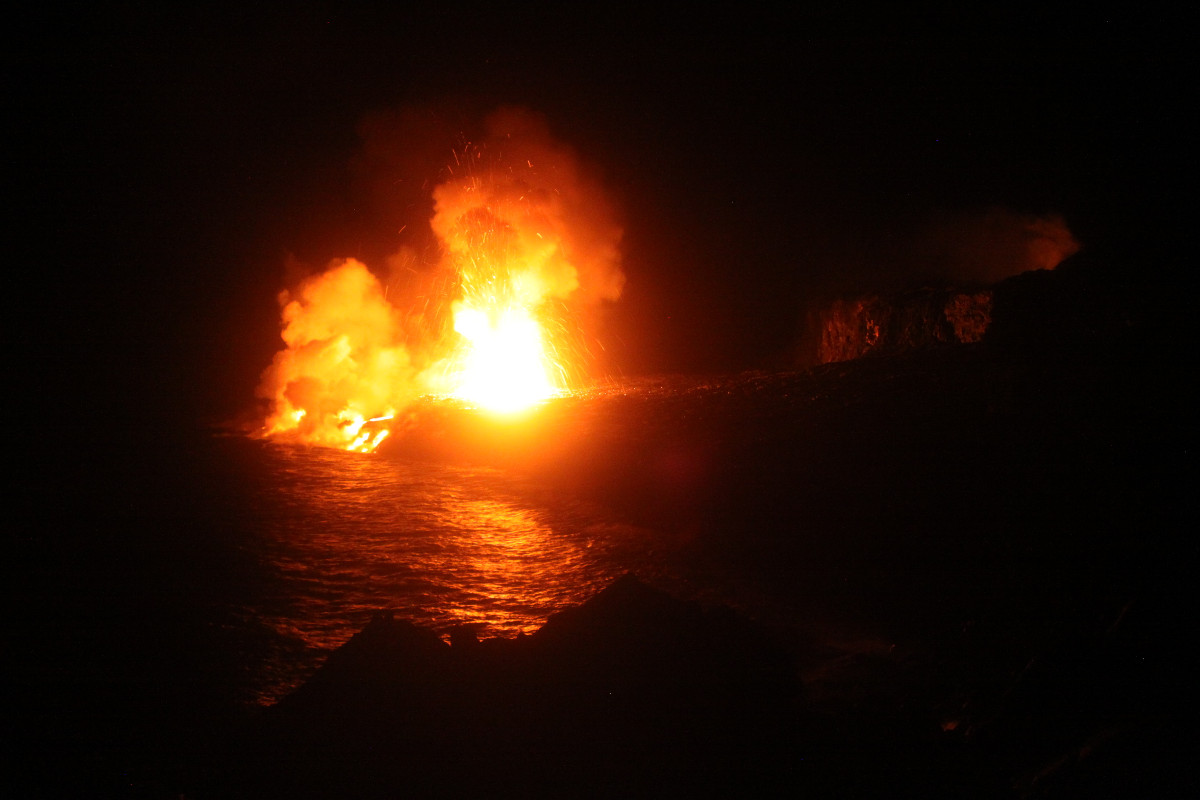 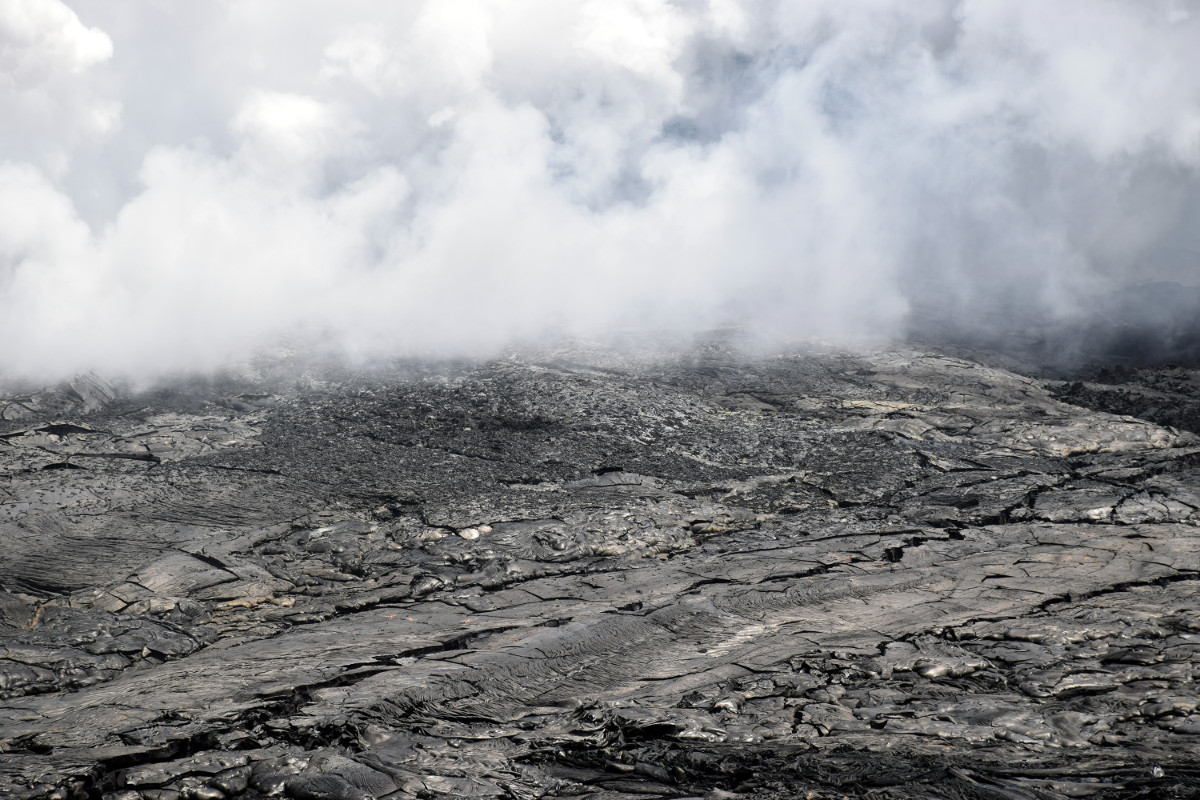 (USGS photo) A telephoto image of the spatter deposit produced by the August 19 littoral explosions at the lava delta. When ejected, the spatter was thrown much higher than the height of the sea cliff which is approximately 28 m (92 ft). The flying debris is just one of the many hazards at an ocean entry.

Many cracks remain and continue to widen on the delta, USGS reports. “Crack widening reflects seaward slumping of the delta’s leading edge,” the scientists said in the August 22 activity update. “These cracks highlight the unstable nature of the delta and the potential of sudden collapse into the sea.”

Surface lava flow activity persists on the upper portion of the flow field above and on the pali and high on the coastal plain, and USGS says these flows pose no threat to nearby communities.