HILO, Hawaii - The suspects have been arrested and charged with second-degree robbery and unauthorized entry into a motor vehicle. 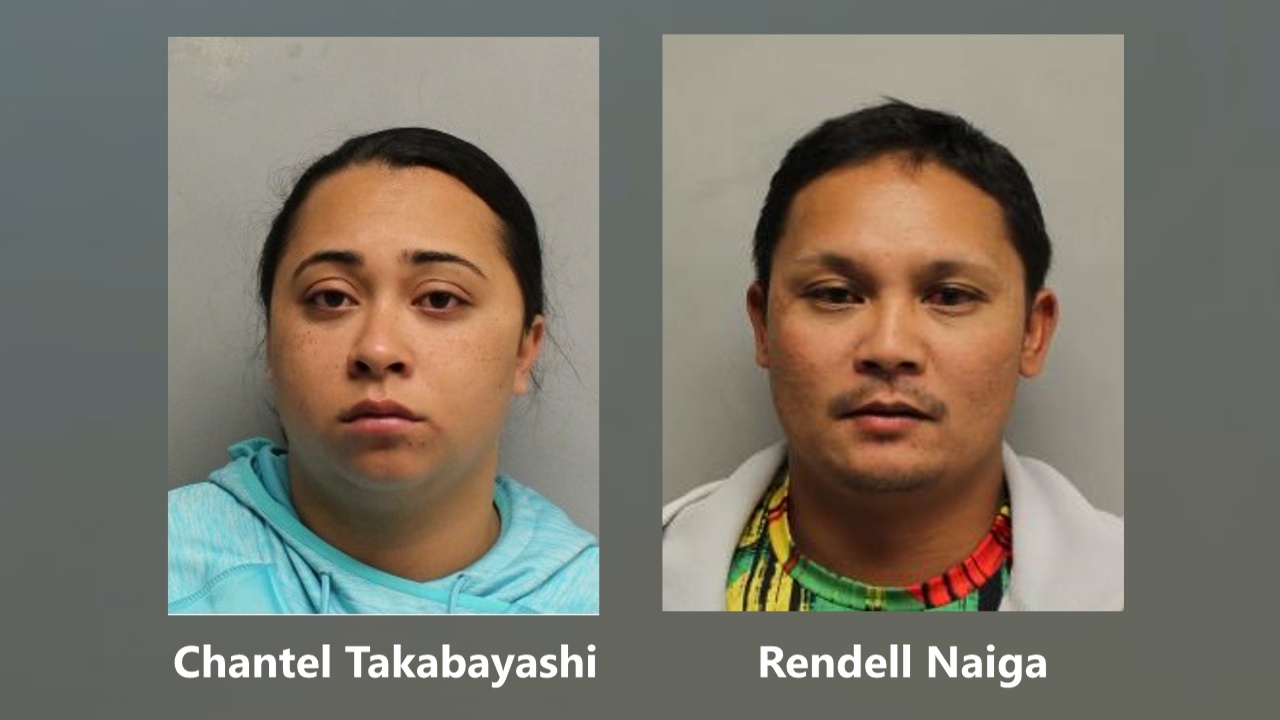 (BIVN) – Compelling video of an altercation in the Hilo courthouse parking lot made its way across social media Wednesday. The video was recorded by an anonymous source and shared on the Big Island Thieves Facebook group.

Hawaii County Police made two arrests and issued a media release that provided some details about the incident, which happened on Monday, November 13.

The whole thing started as a road rage incident on Kilauea Avenue, police say. The victim is a 53-year-old man from Kea’au, who told police that a Nissan sedan followed him into the parking lot, where the female driver of the sedan approached him. There was an argument, and a male passenger got involved and allegedly assaulted the victim.

On Tuesday, November 14, the two suspects turned themselves in to police. 25-year-old Chantel Takabayashi, and 31-year-old Rendell Naiga, both of Pāhoa, were arrested in Hilo.

Detectives from the Area I Criminal Investigation Section continued the investigation and charged both suspects with second-degree robbery and unauthorized entry into a motor vehicle. Their bail was set at $7,000 dollars each. The suspects were released from police custody after posting bail and are expected in District Court at a later date.